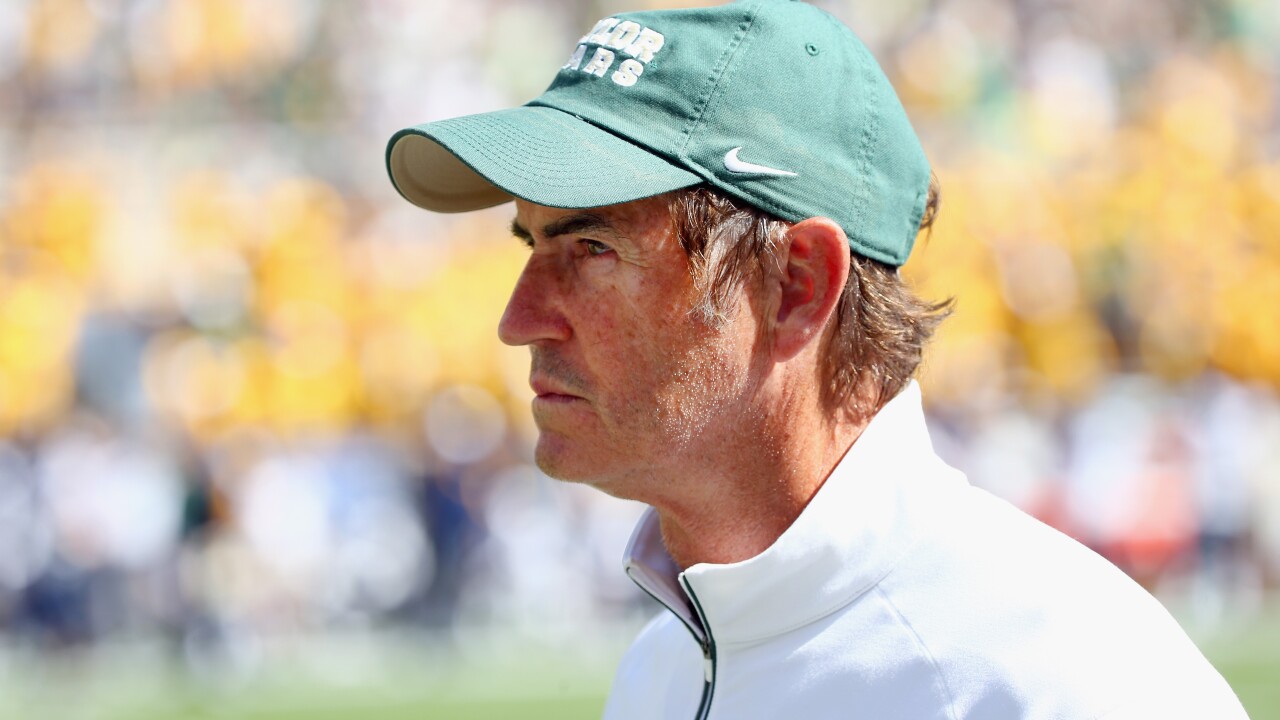 WACO, TX – OCTOBER 17: Head coach Art Briles of the Baylor Bears looks on as the Bears take on the West Virginia Mountaineers in the second half at McLane Stadium on October 17, 2015 in Waco, Texas. (Photo by Tom Pennington/Getty Images)

Art Briles, the former Baylor University football coach who was ousted in May 2016 amid a sexual assault scandal involving some team players, will return to the sidelines this fall as the head coach of a Texas high school football team.

WACO, TX – OCTOBER 17: Head coach Art Briles of the Baylor Bears looks on as the Bears take on the West Virginia Mountaineers in the second half at McLane Stadium on October 17, 2015 in Waco, Texas. (Photo by Tom Pennington/Getty Images)

Briles was fired from Baylor three years ago following an independent investigation that showed a “fundamental failure” by officials to respond adequately to students’ allegations of sexual assault, some of which involved Baylor football players.

“We are pleased to welcome Coach Briles back home to Texas,” Jason McCullough, superintendent of the Mount Vernon district, said in a statement. “He brings with him a wealth of not only football experience but also life experience.

“He is passionate about investing in the lives of young people and helping them to succeed both on the field and in life,” he said, adding, “We believe our students will benefit greatly from his skills and experience.”

Since leaving Baylor, Briles had struggled to find a new gig in the United States, though he was hired in 2018 to coach in Florence, Italy, according to ESPN.

He was denied a role as offensive coordinator at the University of Southern Mississippi in February, ESPN reported, and he was briefly hired by the Canadian Football League in 2017, but the position was revoked after public backlash, it said.

In a video posted to the Mount Vernon district’s Facebook page, officials are seen congratulating Briles via video chat. “I’m ready to go to work,” he says.

“Take care of yourselves,” he says, addressing a handful of football players in the room. “Work hard, eat right, sleep right and plan on being the champions, because that’s what we’re going to be.”

After inheriting the Baylor Bears in 2008 — right off its 11th consecutive losing season — Briles made the school’s program one of the best in the country. Five years later, the team was 11-2 and Big 12 conference champions.

In the news release announcing his new position, Briles called high school football “a Texas institution” and his “first love” as a coach.

“You’ll make no bigger impact in this world than when you shape the lives of young people — one practice, one game, and one life at a time.”

Among those congratulating Briles was Robert Griffin III, a quarterback for the Baltimore Ravens and a former Baylor player, who tweeted Friday, “Happy for you Coach Art Briles!”