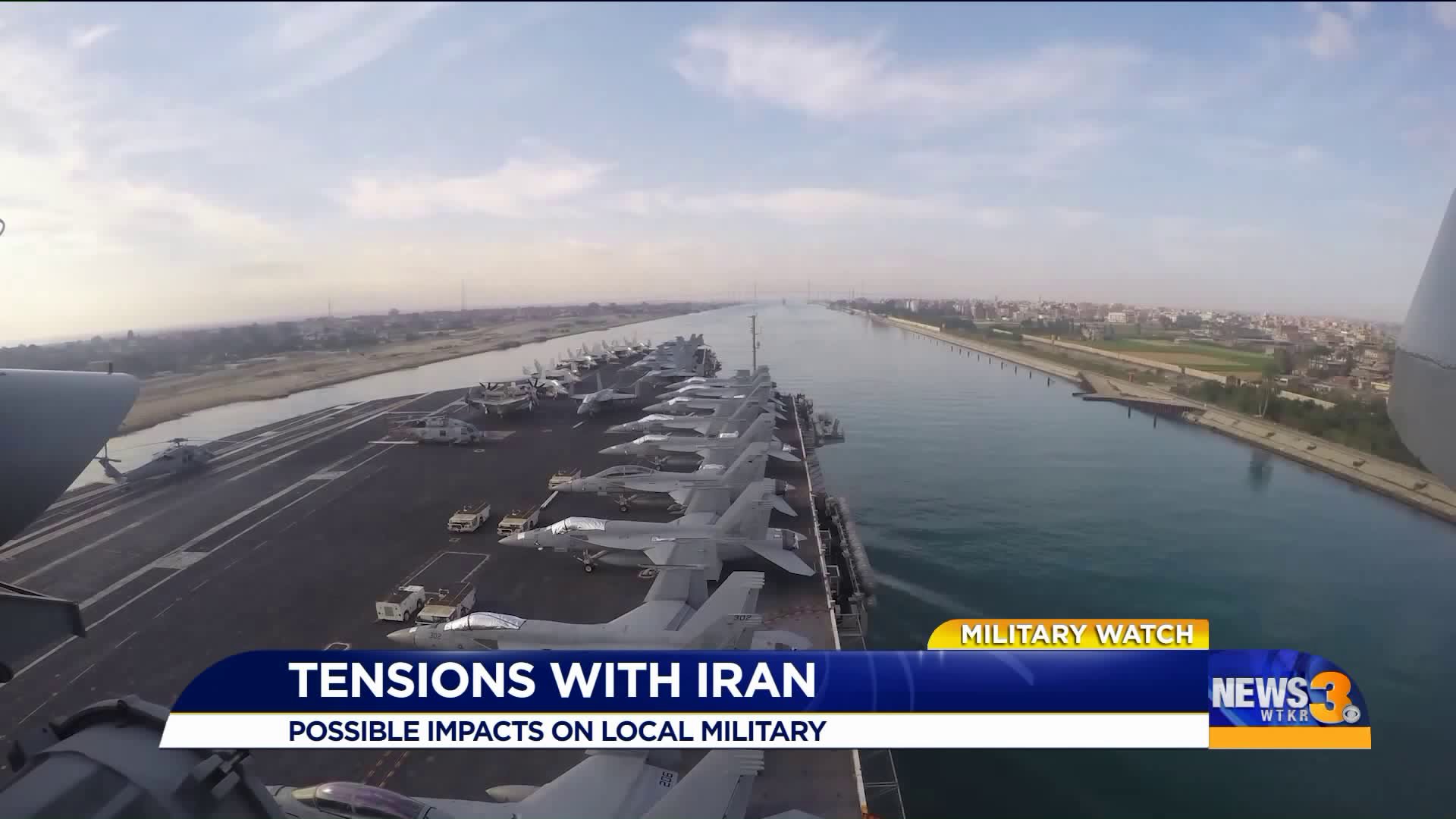 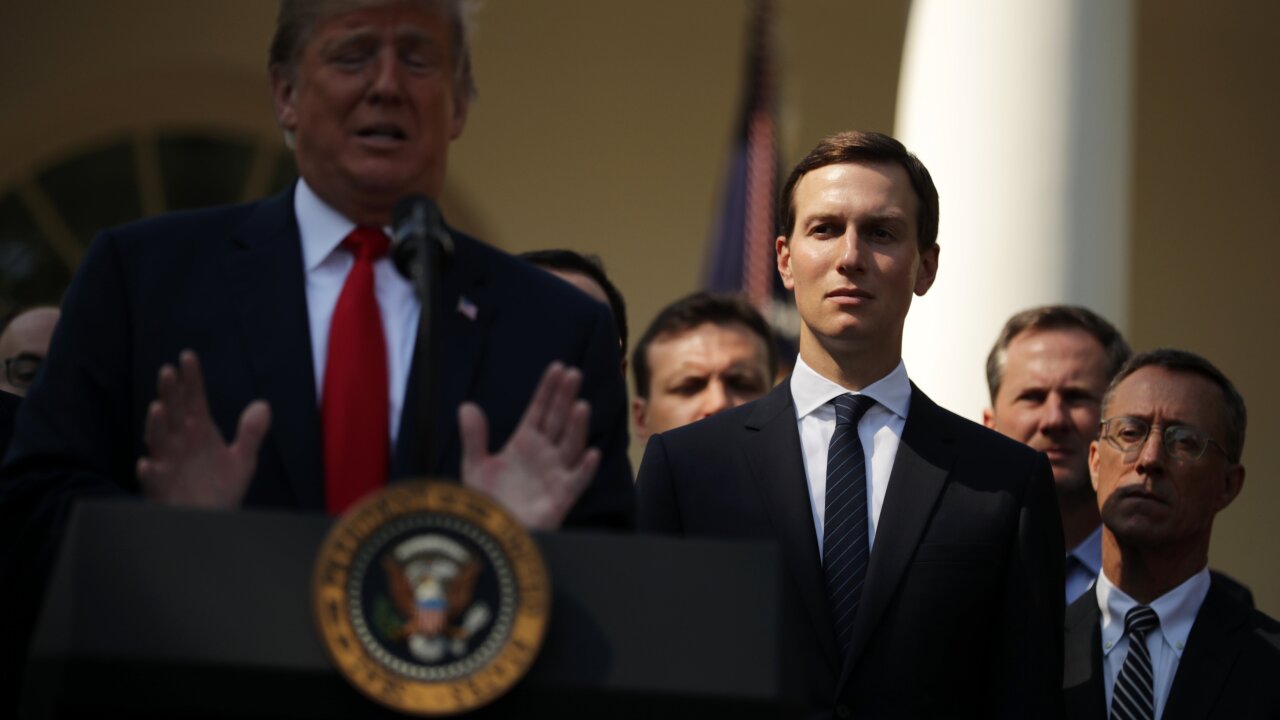 White House senior adviser Jared Kushner is meeting with top foreign officials this week in Morocco, Jordan and Israel before he unveils the economic portion of his long-awaited Israeli-Palestinian peace planduring a conference next month, a White House official and administration official said.

Kushner and the peace team will focus on shoring up support for the economic portion of the peace plan, which seeks a multi-billion dollar investment in the region to spur the Palestinian and surrounding economies should a peace agreement be reached, an administration official said. Kushner made a similar trip to the Middle East earlier this spring with the same goal.

The US officials do not plan on sharing details of the political portion of the plan during the trip, the administration official said, but they will listen to input from the foreign officials on those thornier issues.

Trump administration officials have offered almost no details about the political portion of the plan, which Kushner has called "in-depth operational document" and Trump has deemed the "deal of the century." US officials hope to drum up interest in their effort by focusing on the potential economic benefits of their peace plan before they address the most contentious issues like Palestinian statehood and the status of Jerusalem.

While the date of the full plan's release remains unclear, it is expected to be rolled out this summer.

Each of the stops on Kushner's trip is a pivotal place for the Trump administration to shore up support ahead of the plan's rollout.

"Think about this almost as an election campaign. Kushner went out and he got all the red states -- Saudi Arabia, the United Arab Emirates, Bahrain, Egypt -- and now you have the purple states that they are trying to get on board, that are undecided, whose support would surely help," explains Jonathan Schanzer, a senior vice president for research at the Foundation for Defense of Democracies. "It seems that the Kushner-Greenblatt team is trying to persuade the persuadables in the lead-up to their rollout."

Morocco is an important visit for Kushner to make, given that King Mohammed VI leads a committee created by the Organization of Islamic Cooperation that seeks to protect and promote Jerusalem as a religious, architectural and cultural hub. The organization has 57 members, including the Palestinians, and calls itself a "collective voice of the Muslim world" in seeking to protect the interests of Muslims worldwide. Earlier this year, Pope Francis and King Mohammed VI signed a joint declaration that declared Jerusalem to be a "symbol of peaceful coexistence" for Christians, Jews and Muslims. As a result, there would be positive symbolism in having any support from the King.

=Jordan, where more than half of the population is of Palestinian origin, is also a key stop for Kushner. If the peace plan does not present a two-state solution, it is expected that the Jordanian people will reject the proposal writ large -- which will make it challenging for King Abdullah, an ally of the US and the Trump administration, to endorse it publicly.

Last year, Abdullah called Jerusalem "an emotional subject for everybody" and said the solution for the city had to be comprehensive for both Israelis and Palestinians.

Trump tweeted Monday that he was "hoping things will work out with Israel's coalition formation and Bibi and I can continue to make the alliance between America and Israel stronger than ever. A lot more to do!"

Kushner will not meet with any Palestinian officials while he is there. New York Democratic Rep. Eliot Engel, the chairman of the House Foreign Affairs Committee, will also be in Jerusalem this week. In contrast to Kushner, he will be meeting with both Israeli and Palestinian officials, according to a congressional aide.

The communication between the Trump administration and the Palestinian leadership ended after a series of moves that were viewed as favoring the Israelis, including suspending funding for the United Nations agency for Palestinian refugees, moving the US Embassy from Tel Aviv to Jerusalem and closing the PLO office in Washington.

The Trump administration is hosting a Middle East economic workshop in Bahrain next month to encourage investing capital in the West Bank, Gaza and elsewhere in the region. Finance ministers from the region, but not foreign ministers, will be invited along with delegations of business leaders.

Kushner told CNN in a statement that "people are letting their grandfathers' conflict destroy their children's futures."

"This will present an exciting, realistic and viable pathway forward that does not currently exist," he added.

US allies in the region, including Saudi Arabia and the UAE, have said they will send representatives to the workshop. But Palestinian leaders -- on both the economic and the political sides -- have declared that they will not attend. Palestinian Authority President Mahmoud Abbas just this week declared that the workshop in Bahrain and the peace plan will "go to hell."

This has led some to question how effective the workshop could be, given the expected absence of Palestinian voices at the table.