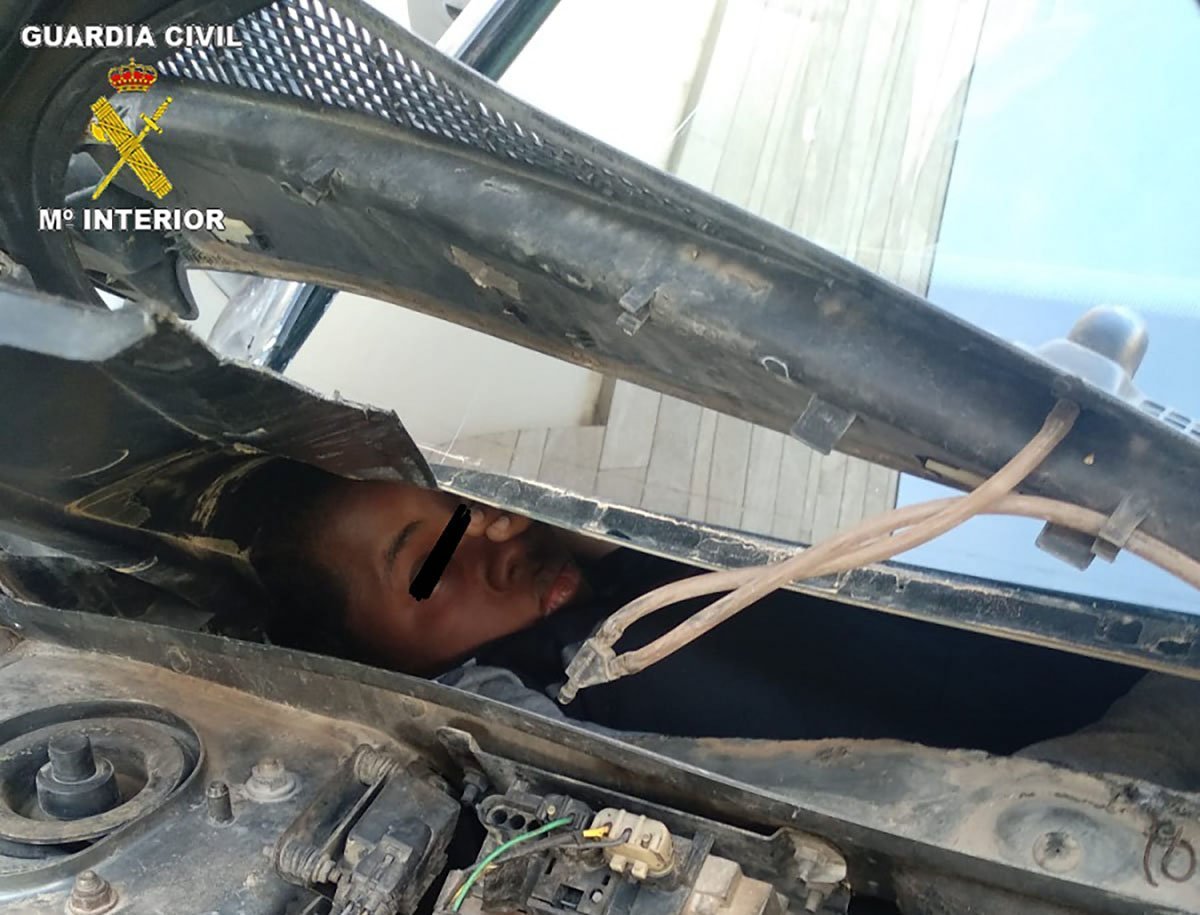 An African man has been found crammed behind the glove box of a car in a bid to get to Europe — one of four people spotted in vehicles on the same day by authorities in Morocco and the Spanish enclave of Melilla, in north Africa.

Three people — including a 15-year-old girl — were found in separate cars at the Beni-Enzar border between Morocco and Melilla on May 24.

Two hid in special compartments behind the dashboard and a third was under a rear seat, images taken by Spain’s Civil Guard show. Two were treated by medics for asphyxia, disorientation and joint pain.

A fourth person was also found on May 24 under a truck in the Melilla port.

In recent years, thousands of migrants seeking a better life in Europe have tried to enter Spain via its two enclaves in north Africa, Melilla and Ceuta — with some scaling huge fences topped by razor wire.

In January, a woman was caught smuggling a teenage African migrant hidden in her suitcase into Ceuta.