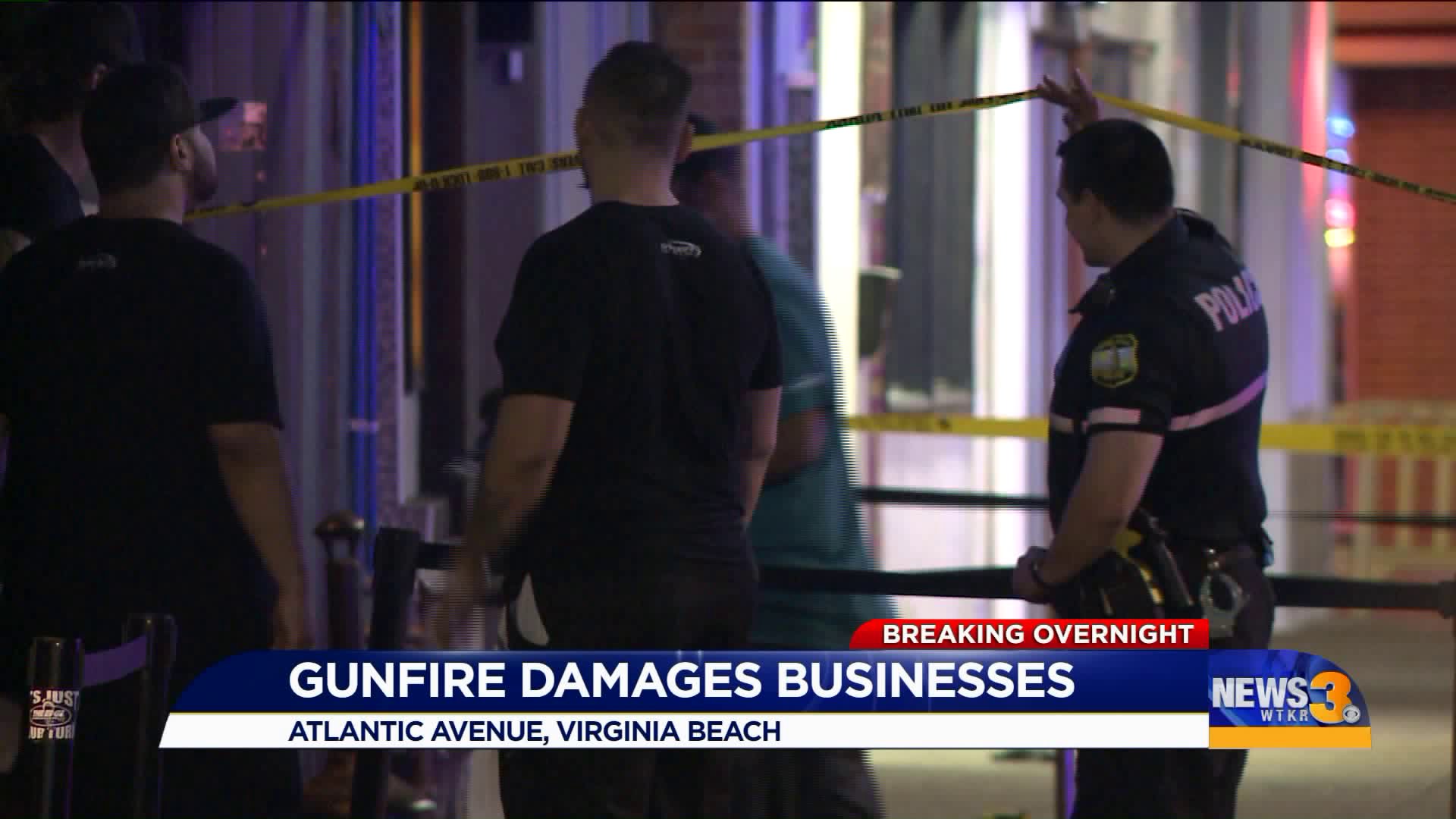 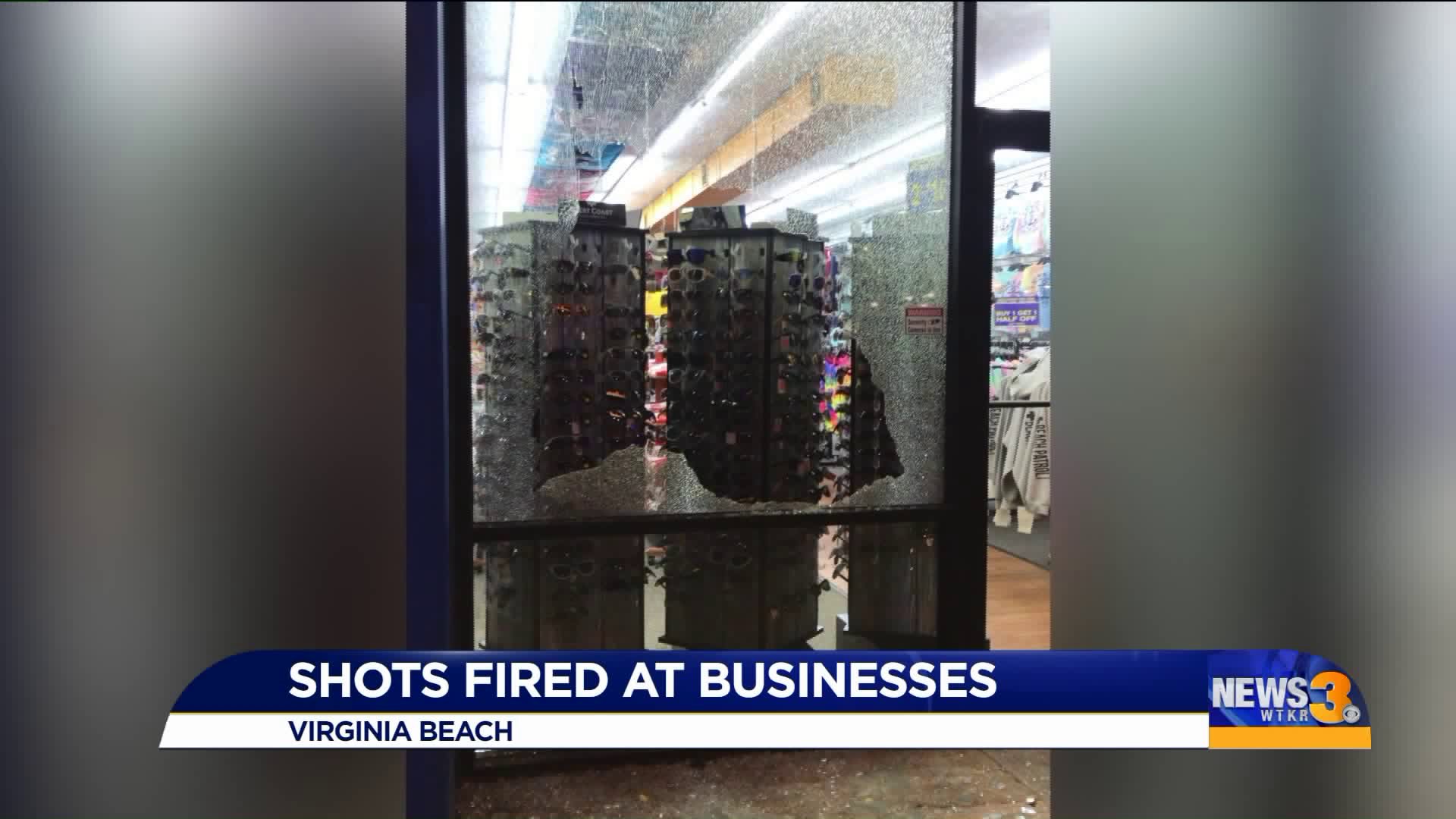 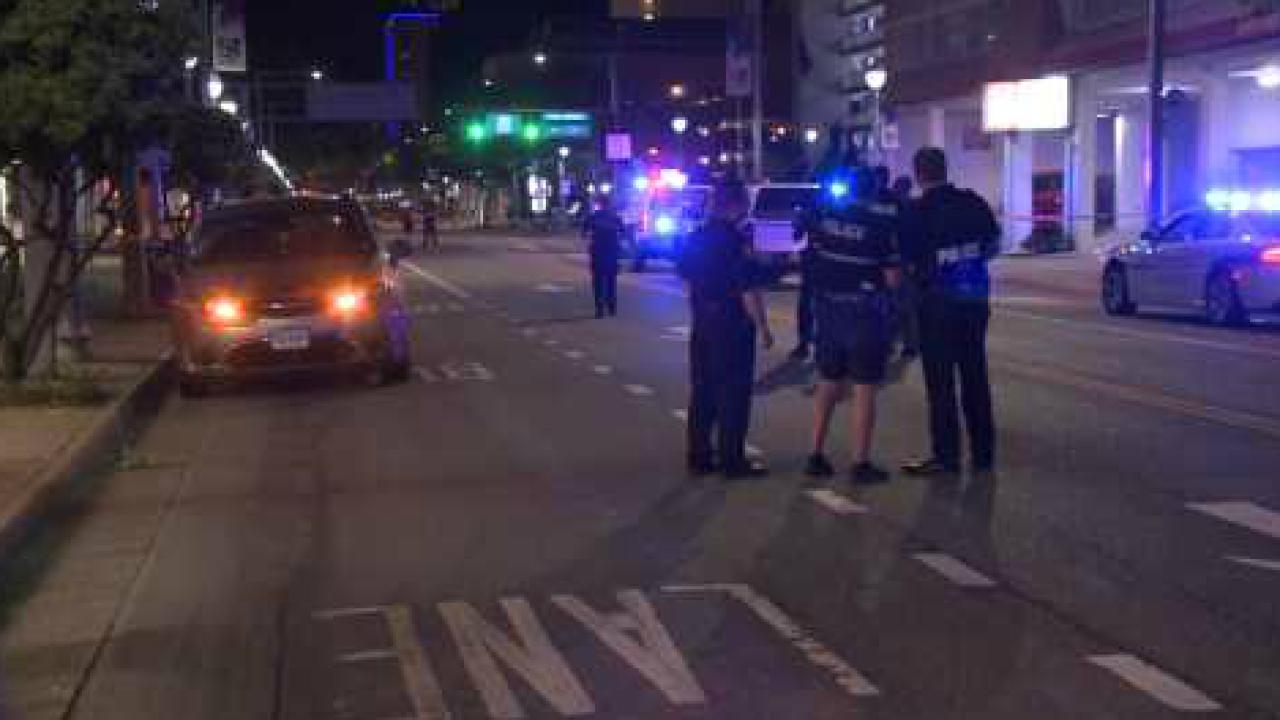 Around 10:49 p.m., officials received word of shots fired in the 2100 block of Atlantic Avenue.

Although there were employees and guests in the building, no one appeared to be injured during the shooting.

“I had no idea what it was. Everybody else kind of said there was shots and chaos just broke out,"said Colleen Keenan, who is in town on vacation.

The chaos erupted just seconds after Keenan says she walked into "The Box."

“People ran to the back. Staff was good at trying to keep everybody calm, but it was scary. We just ran to the back and hid, got as low to the ground as we could," she said.

Shots fired at several store fronts in #VirginiaBeach on Atlantic Ave. This is right in the heart of the #Oceanfront. Plastic covering damage near front door and there are bits of scattered glass still on the ground near local beach store. https://t.co/QABv9jKW5M pic.twitter.com/SjHnsAxrvI

Some business owners said they have surveillance footage from Monday night and plan on sharing it with police.