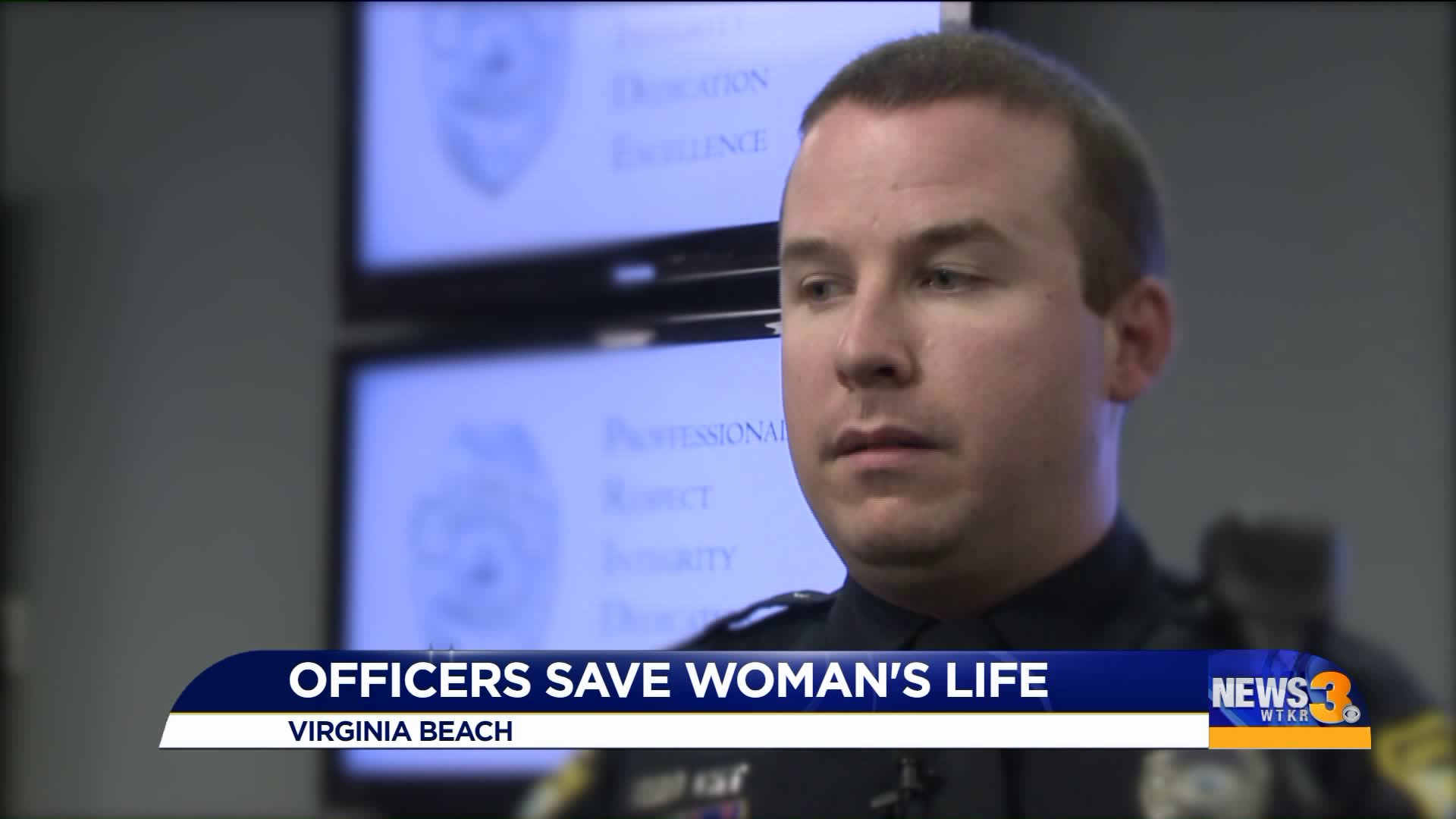 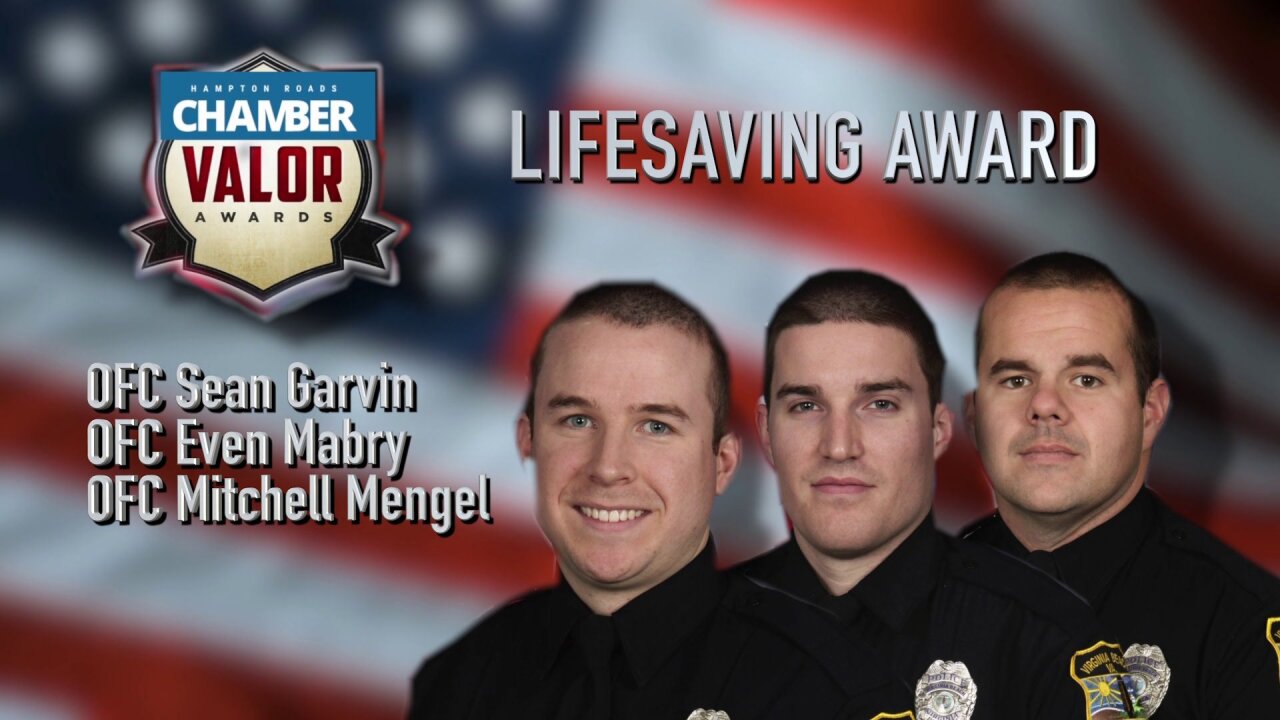 VIRGINIA BEACH, Va. - Thousands of men and women in uniform put their lives on the line every day when they go to work here in Hampton Roads.

Tuesday,  we continue our series dedicated to the first responders who went above and beyond the call of duty this year.  The Valor Awards are presented by the Hampton Roads Chamber.  News 3 is honored to partner again and showcase incredible feats of bravery.

This story shows the courage of Virginia Beach Police officers who responded to a domestic call and saved a woman’s life despite the mayhem that erupted around them.

“Three or four people had called and said that there was an individual screaming in the alleyway, screaming for help. We saw a lady; there was a lot of blood on the ground. Our first priority was to just start rendering aid to this woman. I asked her what had happened and she said that her boyfriend or husband, I forget, had stabbed her and he was still upstairs and he had weapons upstairs. So, we were at a really bad tactical advantage with that position because he was pretty much barricaded inside the house. There’s a window directly above us, but she was in such bad condition and losing so much blood that we couldn’t move her right away," Officer Evan Mabry said.

Before they knew it, the building was on fire.

“My only concern was at that point was to protect Officers Mengel and Garvin because they have their backs to the window, and so I stood over top of them to hold cover and all the doorways because right about the time we started to render aid on her was when he started throwing stuff out the door," Officer Mabry said.

The man ended up jumping from a window and landed where the officers were standing. They were able to tend to his wounds at that point as well since he was no longer showing signs of aggression.

“There’s definitely deep down something,  but I think we all had that night, not only making sure the scene was safe for providing the care that folks need regardless of what part they are in that situation," Officer Mitchell Mengel said.