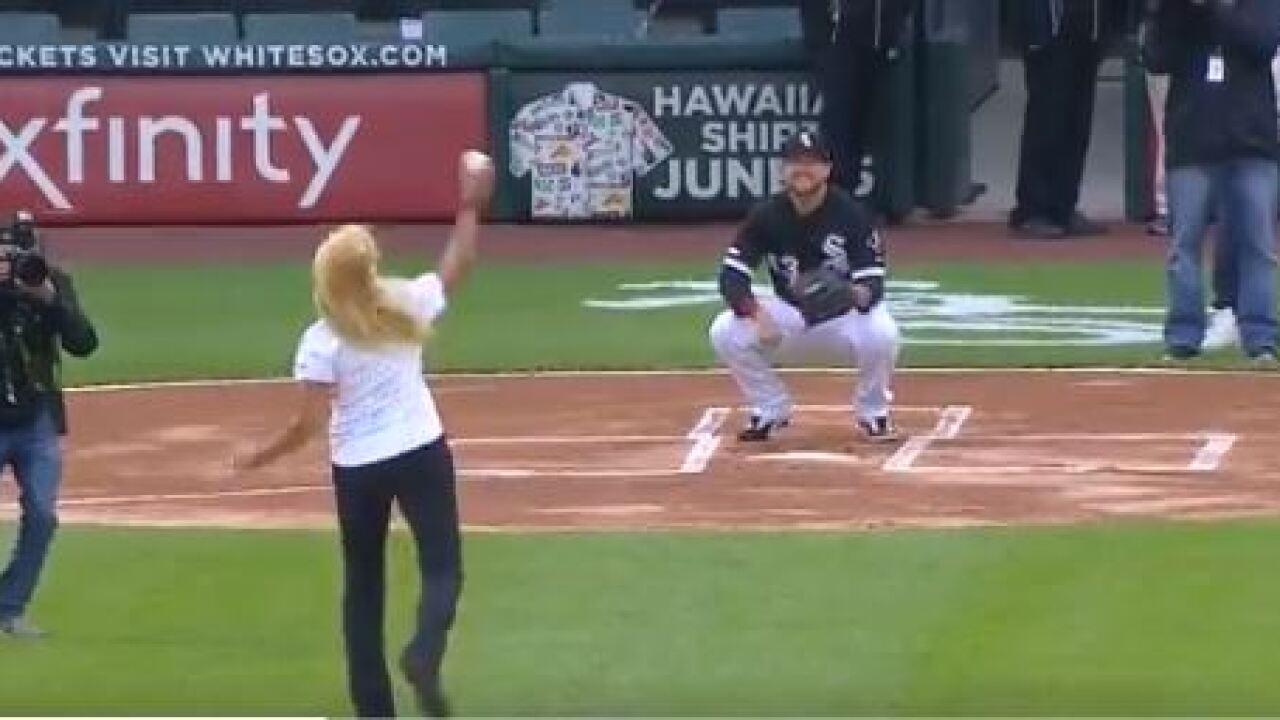 CHICAGO, Ill. – From the pitcher’s mound to the hall of shame: that’s where the ceremonial first pitch prior to Tuesday’s Kansas City Royals vs. Chicago White Sox game is headed.

According to CBS News, the ceremonial first pitcher is a White Sox “Employee of Month”. Clearly she’s not a pitching coach!

Wouldn’t you like to see the photograph the cameraman captured before being plunked?