Redskins Report: On assignment at Day 5 of Organized Team Activity 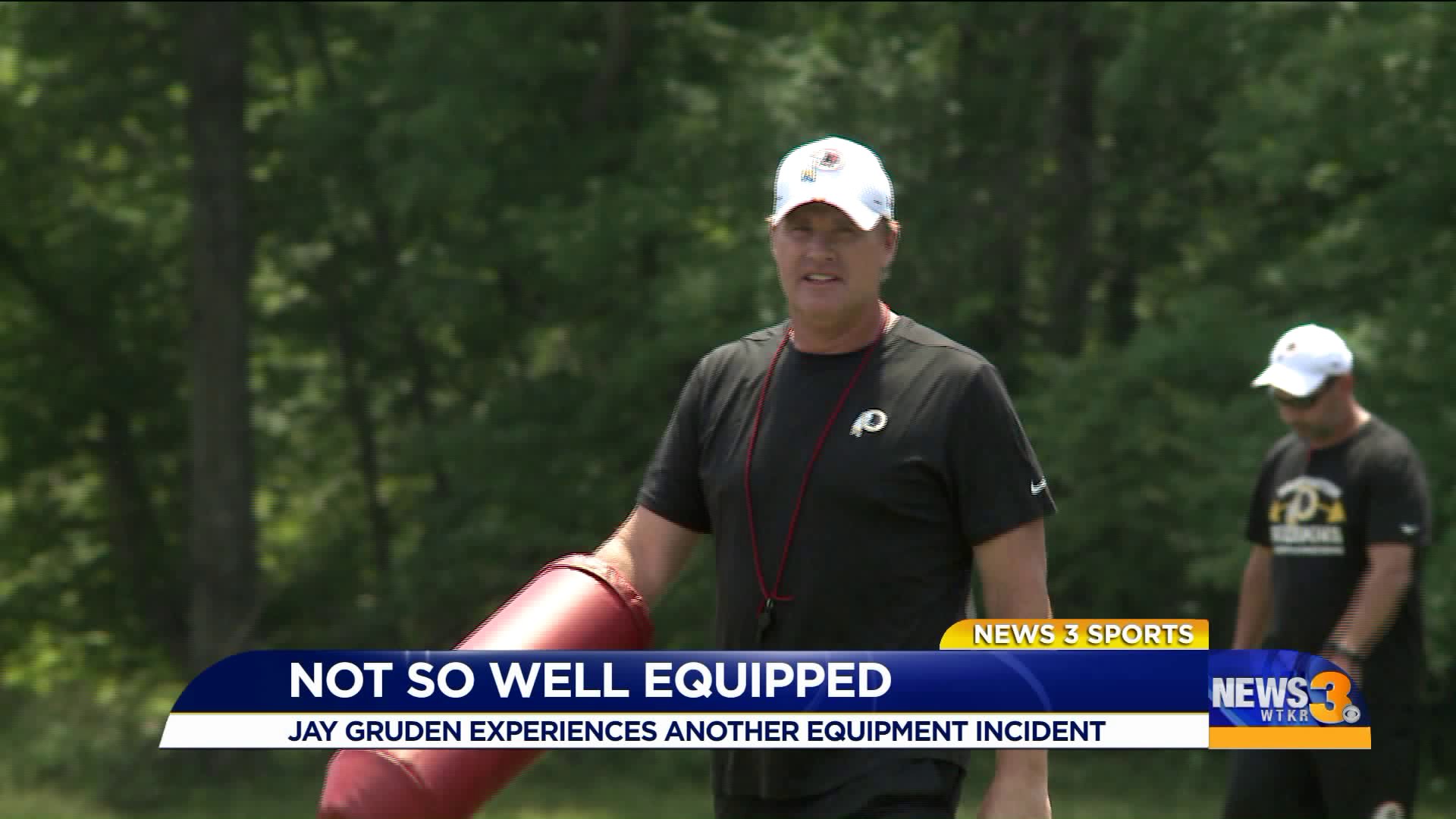 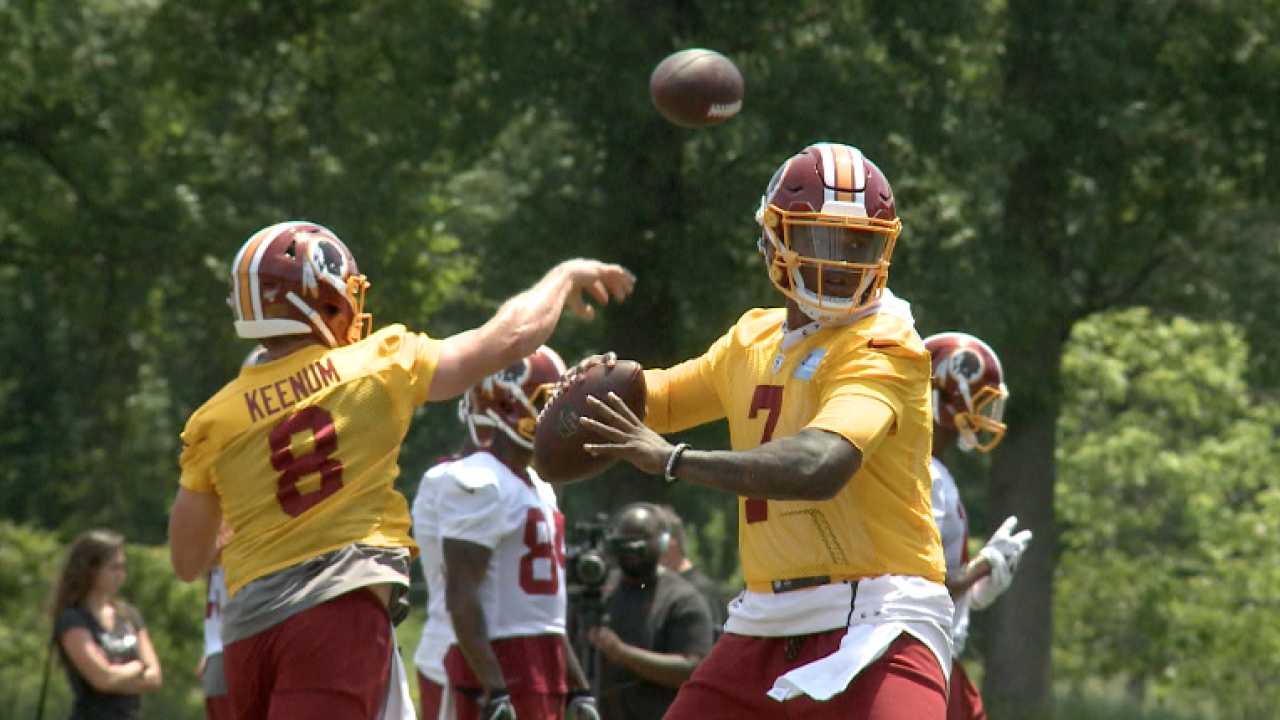 LOUDOUN COUNTY, Va. - One week after Reuben Foster was lost for the year during a Redskins offseason practice, Wednesday we witness another injury at Redskins Park.

Gruden, while popping players with an arm pad, injures himself - clearly shaking his wrist early in the workout. This is not the first incident with this particular piece of equipment, either. During last year's Training Camp, our News 3 cameras catch Gruden hurt the pad - not himself.

"I might have to put the arm pad to bed, yeah," Gruden said laughing. "I might have an issue, I can’t stand there. I have to be actively involved someway, somehow. The arm pad’s probably a bad idea, yeah. I’ll stick to clapping my hands."

Getting in the mix is not an issue for Dwayne Haskins. The Redskins rookie quarterback, selected in the first round of last month's NFL Draft, is splitting reps with veteran QB Case Keenum. But, practice is not perfect.

"Dwayne’s still processing everything, so everything’s coming in fast and he’s trying to process the formation, the run concept or the pass concept, protection," Gruden explained about the 15th overall selection in the 2019 NFL Draft. "So, we have to just clean him up a little bit, slow him down, be patient, but it will come for him. It’ll come soon."

"I'm not content where I'm at," Haskins told reporters after practice. "I know I can be really good. But it's going to take a lot of work and require extra work outside of practice and the meetings - and I'm willing to do that."

One rookie catching on early, quite literally, is defensive back Jimmy Moreland. The former James Madison University standout, selected in the seventh round of the 2019 Draft, records three interceptions Wednesday. Defensive Coordinator Greg Manusky says he's never seen that in his career - a career that spans three decades in the NFL.