"You can love any other sport, right? Can you play it?," Hampton's Michael Johnson, a member of Bryant & Stratton's eSports team explained. "Can you devote hours and hours of time to it to try and get better at it?"

Beginning this fall, a roster of 15 to 25 students, many on eSports scholarships, will practice and play in a state-of-the-art eSports arena - one recently completed on Bryant & Stratton's Hampton campus. James Claiborne will be in control of the squad - he's the head coach.

"We're going to work with trainers on eye/hand coordination, because that's very important," Claiborne pointed out. "We're going to have a dietitian come in two to three times a semester, too."

The Bobcats will compete in the National Association of Collegiate eSports (NACE). The governing body features nearly 150 colleges and universities in the United States and Canada. Players like McCrae III and Johnson are the founding fathers of this program. But Coach Claiborne says it's the actual fathers, and the mothers, that he tries to get to 'level-up' and get behind eSports.

"Getting the parents to understand, especially for your students who are just coming out of high school, this is such a foreign concept to them," Claiborne noted. "What do you mean my child can play video games and get a scholarship and go to school at the same time?"

"In eSports, there's a lot of ground that needs to be uncovered," Johnson said. "I think Bryant & Stratton is taking the right steps to do that."

The virtual world is becoming more real world by the day, and you can watch it play out in an eSports arena on a local college campus. 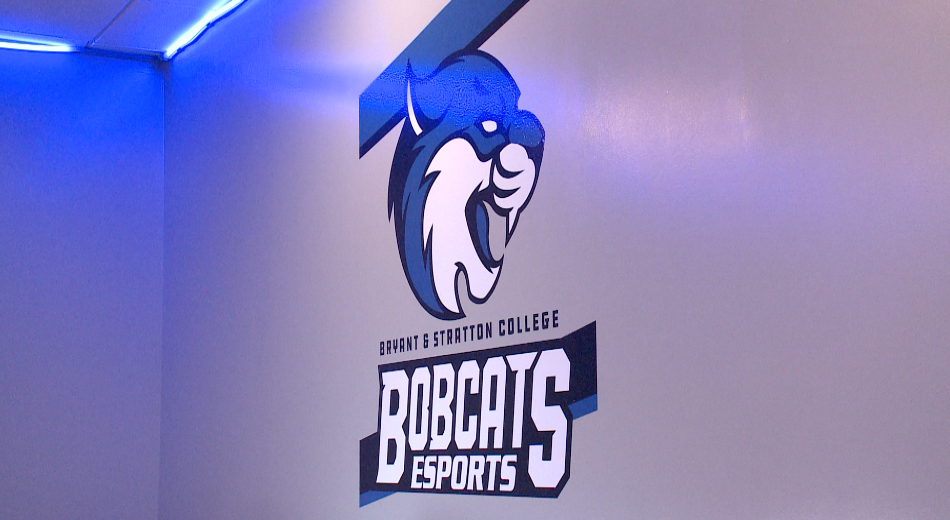