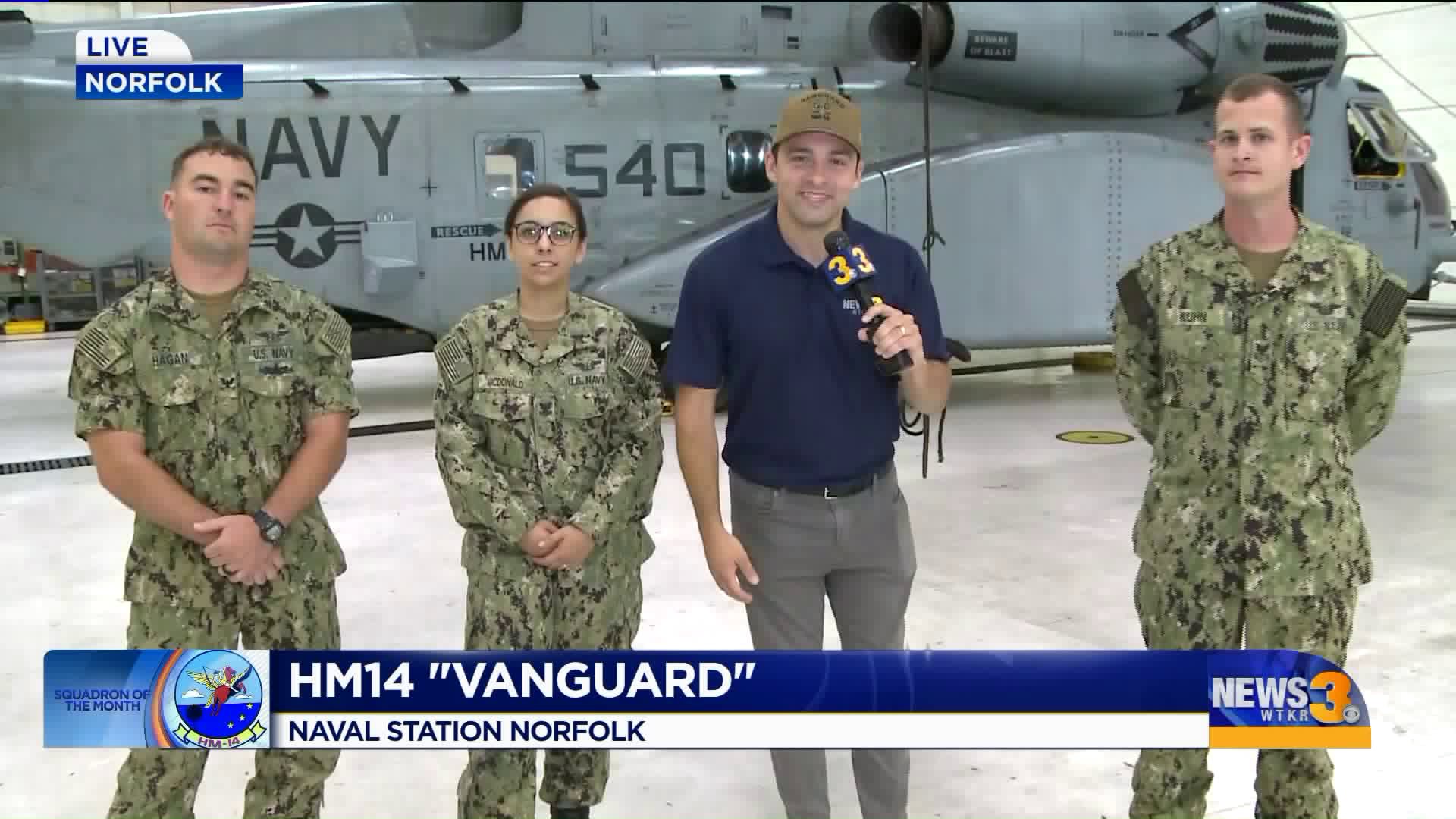 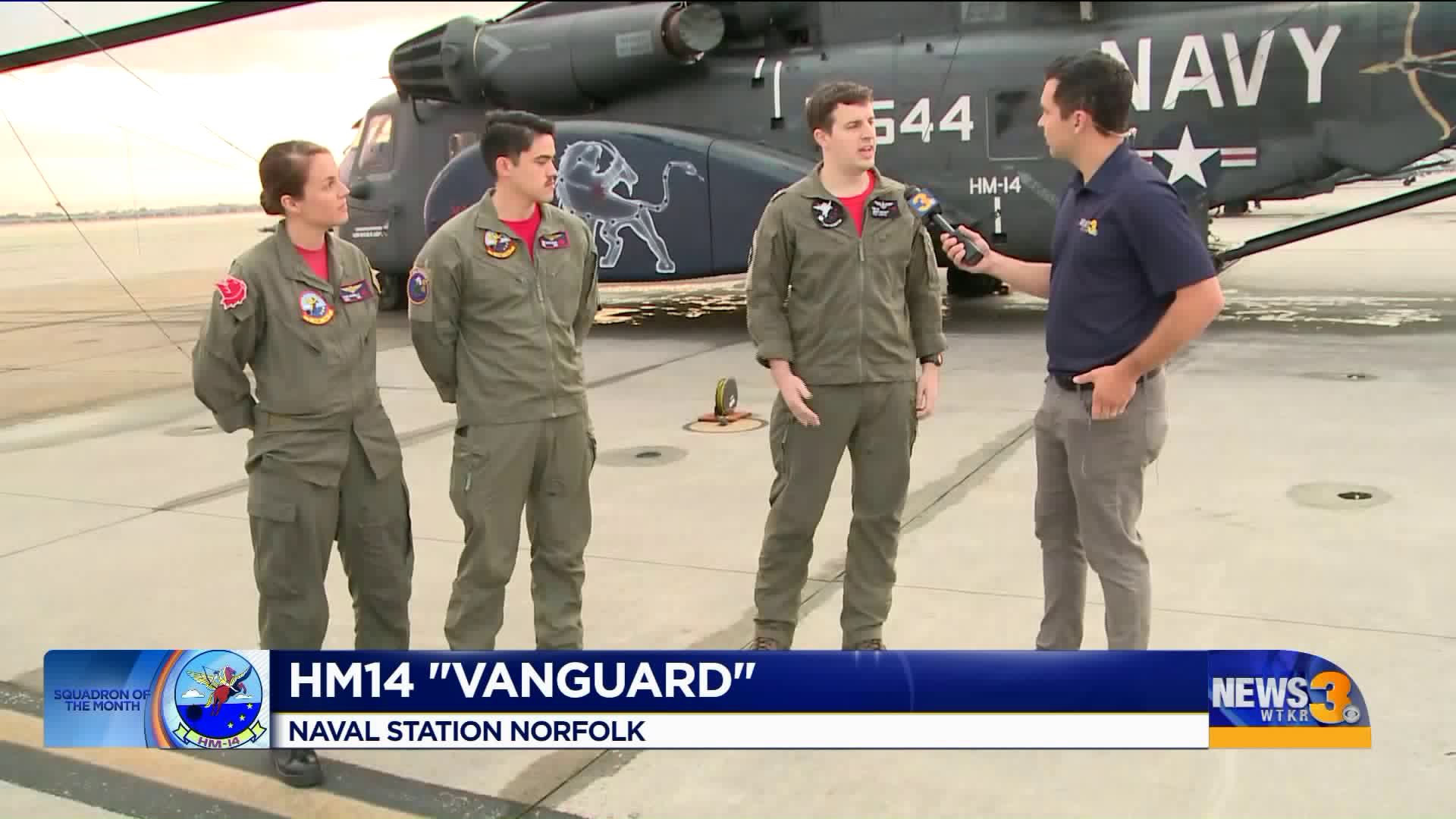 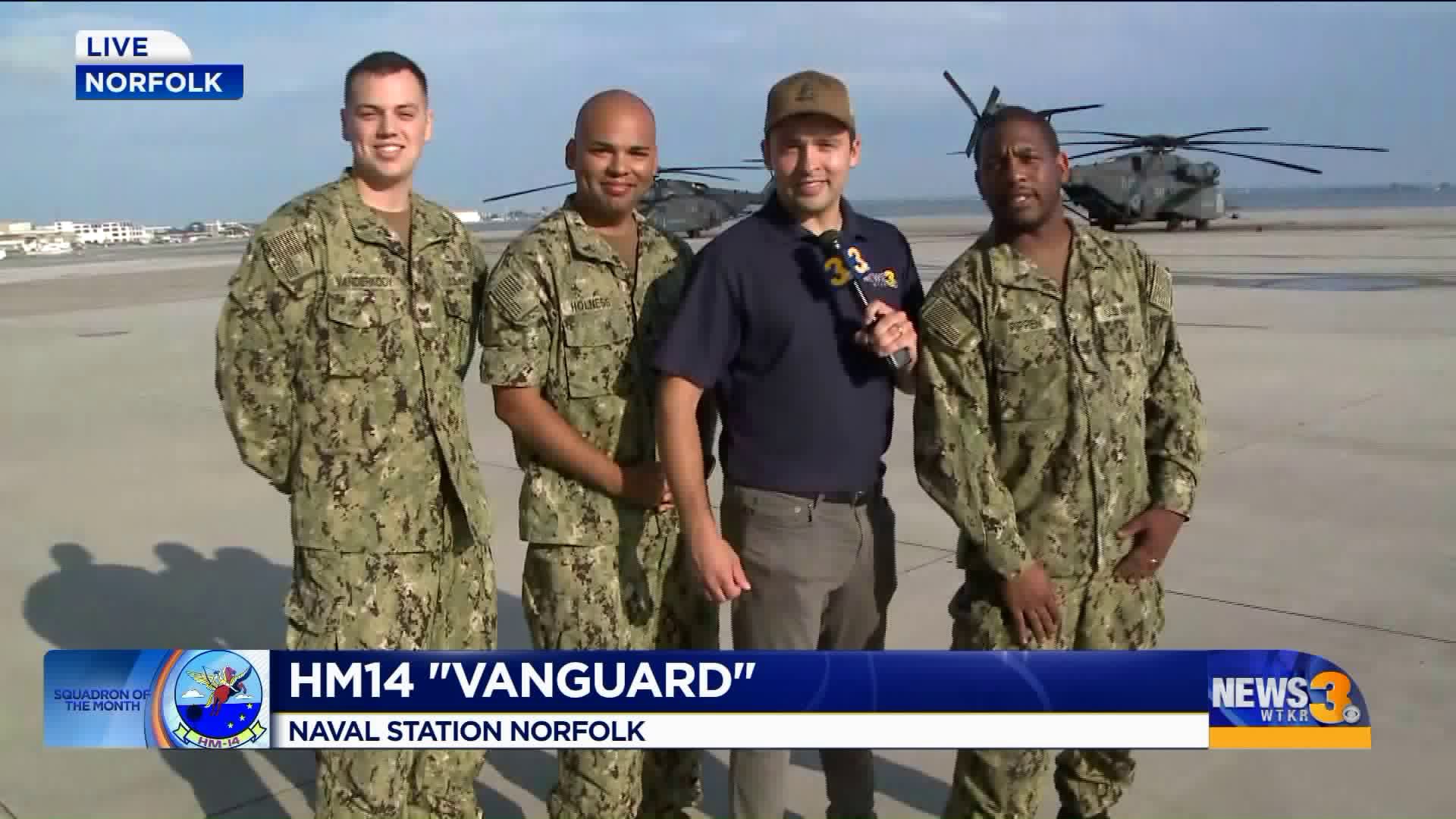 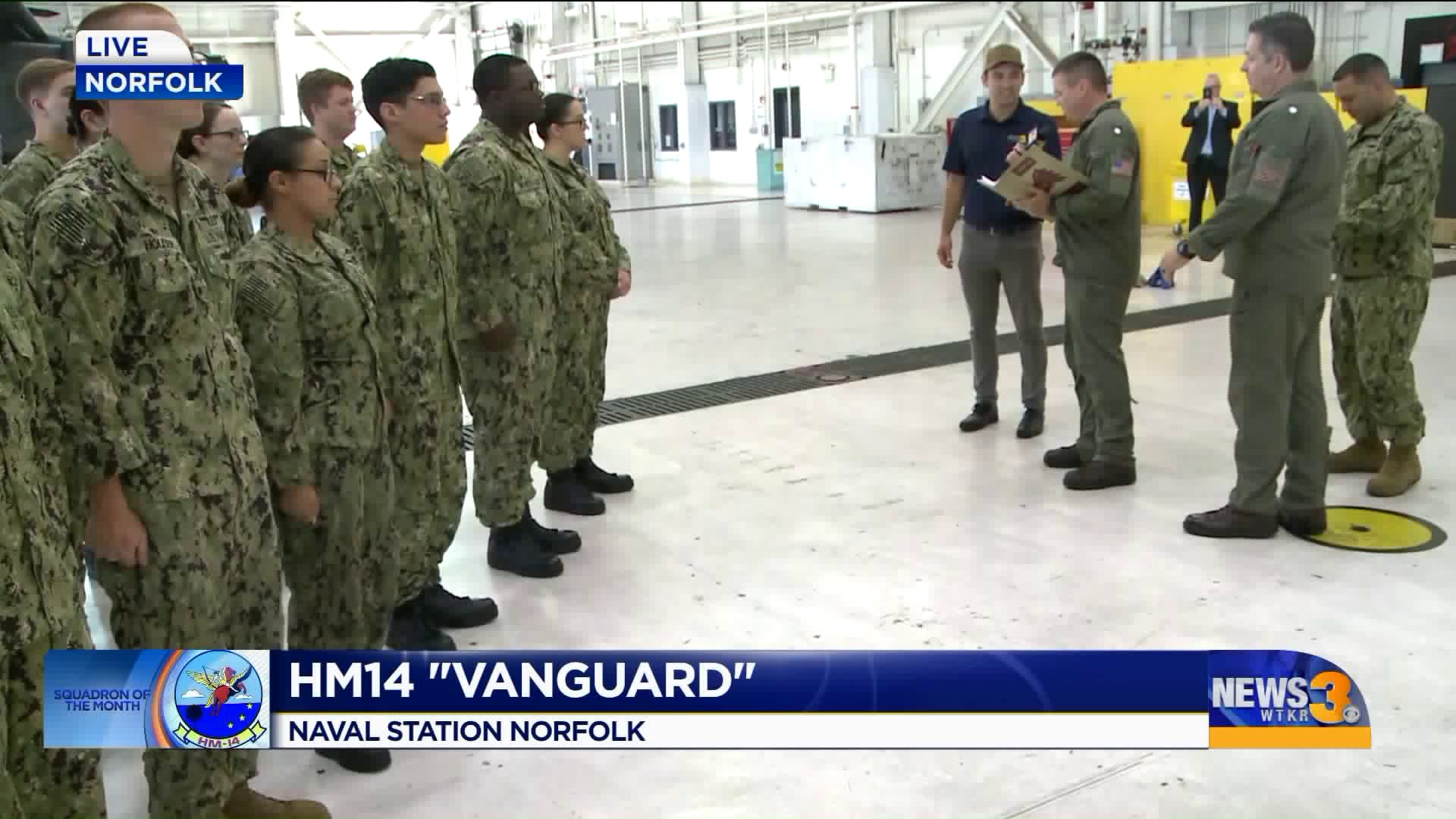 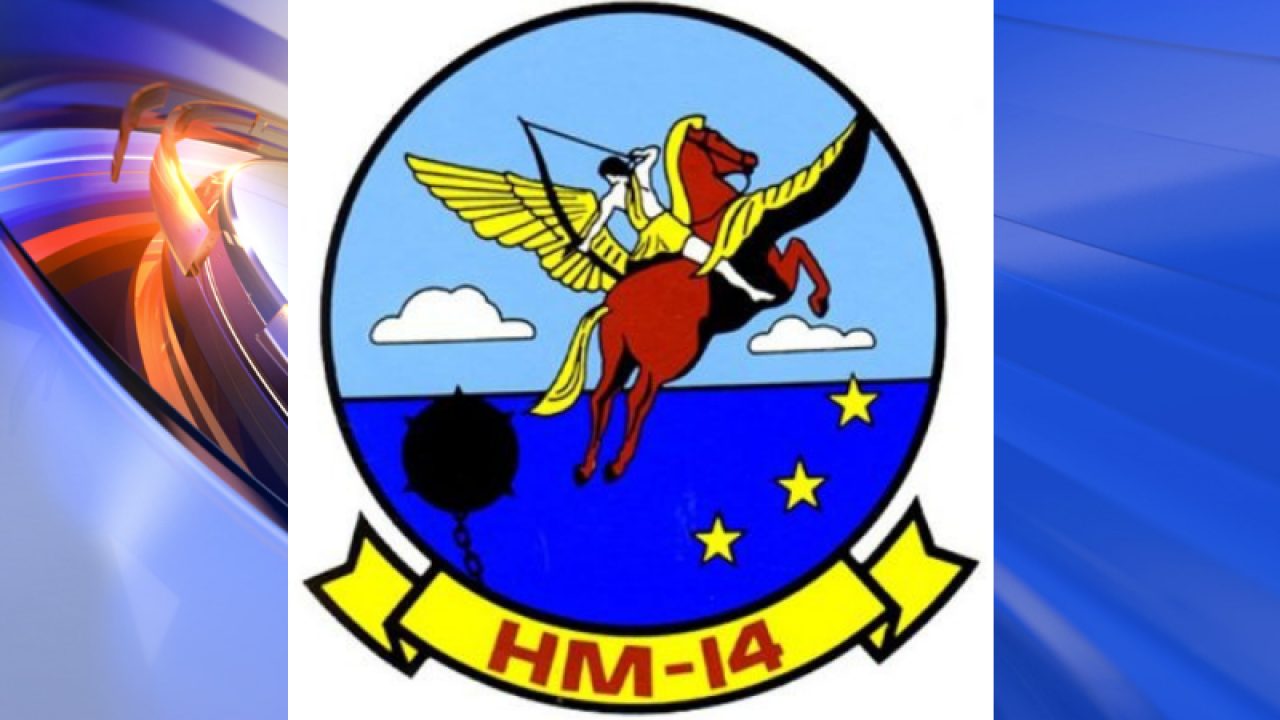 The "Vanguard" is based at Naval Station Norfolk and prides itself as "one of the largest and most unique squadrons" in the U.S. Navy; one of two to integrate active and reserve personnel for airborne mine countermeasures.

HM-14 flies the MH-53E Sea Dragon helicopter with around 650 enlisted personnel and 50 officers. With the help of the U.S. Air Force, "Vanguard" has the ability to deploy anywhere in the world in three days or fewer.

The squadron started in 1978 and not only responds to conflicts around the world, but is also available to help in emergencies, including a 9.0 earthquake in Japan in 2011.

News 3 is proud to name HM-14 "Vanguard" the May Squadron of the Month!

For more on military issues impacting our community, click HERE.