Skydiving kicks off 2019 Patriotic Festival to honor those who served

VIRGINIA BEACH, Va. - Free-falling to honor those who sacrificed for our freedom.

The views of the entire Oceanfront from way up top serve a purpose of remembrance, respect and resilience of so many military personnel and their families.

“I did it last year for Cherone and his family. I didn’t serve. So, it’s an honor to pay tribute to him and his family who paid the ultimate sacrifice so that I can do what I did today," says Virginia Beach Judge Steven Frucci.

Friday morning, News 3 caught up with Frucci, who dove to honor the life of Cherone Gunn, a local Sailor who was killed in the attack on the Norfolk–based USS Cole in 2000. 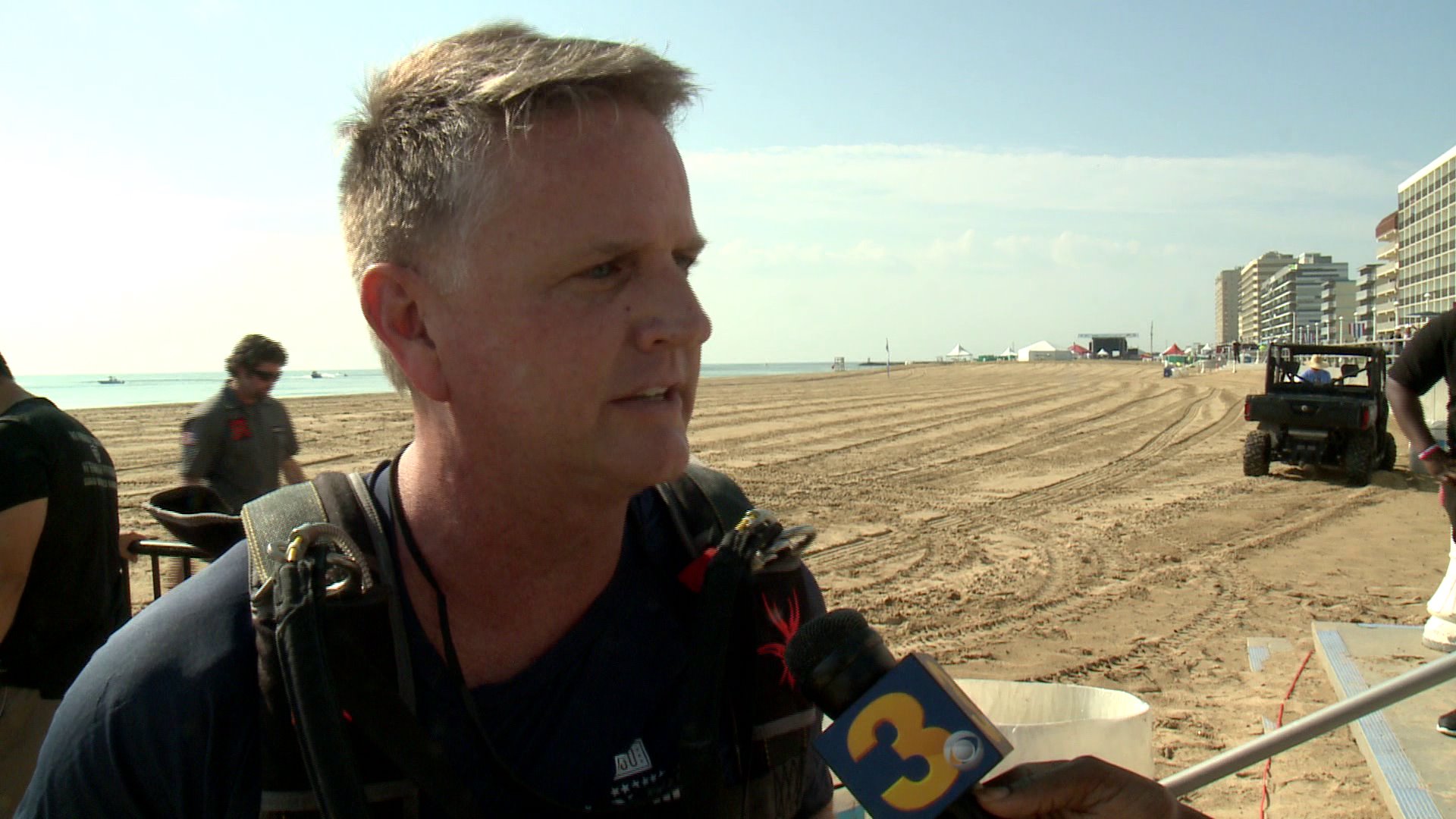 Gunn was one of 17 American Sailors killed in the attack.

By strapping up so he can dive down, Judge Frucci says it’s an honor every year to celebrate the life of those who served.

“To get these guys in the air - it’s special. Celebrating our military, especially Gold Star families and those like Seaman Gunn, who paid the ultimate price for our freedom," says Frucci.

The Patriotic Festival will go on through the weekend. It’s a family-fun event with military tours, different activities and live concerts with special country music performers.