VIRGINIA BEACH, Va. - Virginia Beach City Manager Dave Hansen is facing criticism after remarks he made at a meeting about the issues involving the Floatopia event.

When confronted with questions at Thursday's meeting about the use of police at the one-day festival near Ocean Park Beach off Shore Drive, Hansen said, "If you act a fool, they're (Virginia Beach Police) going to tag you. Is that fair? 'Cause otherwise, you've got to paint yourself a certain color so we (city police) know not to stop you. Alright?"

The emergency meeting was called by the Ocean Park Civic League. Hansen and other city officials attended.

At the meeting, Hansen apologized for the city's response to the event.

Hansen said he's going to put more police officers and sheriff's deputies on duty to help enforce potential drunk drivers and public intoxication, though he didn't specify exactly how many.

In a statement issued Friday, Hansen said his comment was a "poor choice of words:"

"Nothing was intended by the comment that I made last evening. It was a poor choice of words, especially in today’s climate…I probably should have said wear a different hat or something that would identify a person as a local. The point of the entire meeting last evening was the City needs to enforce standards and the thread of that brief point in the discussion was going down a path of treating locals differently than visitors, which we do not.  Our rules are applied fairly, and we expect everyone to respect our beaches and act appropriately."

A former officer in the United States Army, Hansen has worked for the City of Virginia Beach since 2006 after ending his military career as Deputy Chief of Staff for Resource Management for the U.S. Army's Training and Doctrine Command headquartered at Fort Monroe.

Below is a transcript of video News 3 took of Hansen's remarks at the meeting:

Virginia Beach citizen: "I don't want officers checking my boat from around the corner -- they have a right to check your boat -- I know (crowd talking loudly)."

Hansen: "Ma'am, if you look like you've got your stuff together, we got a whole lot of other people that look like their stuff ain't together, and the cops know how to pick on them rather than you."

Hansen: "If you act a fool they're (Virginia Beach Police) going to tag you. Is that fair? 'Cause otherwise, you've got to paint yourself a certain color so we (city police) know not to stop you. Alright?" 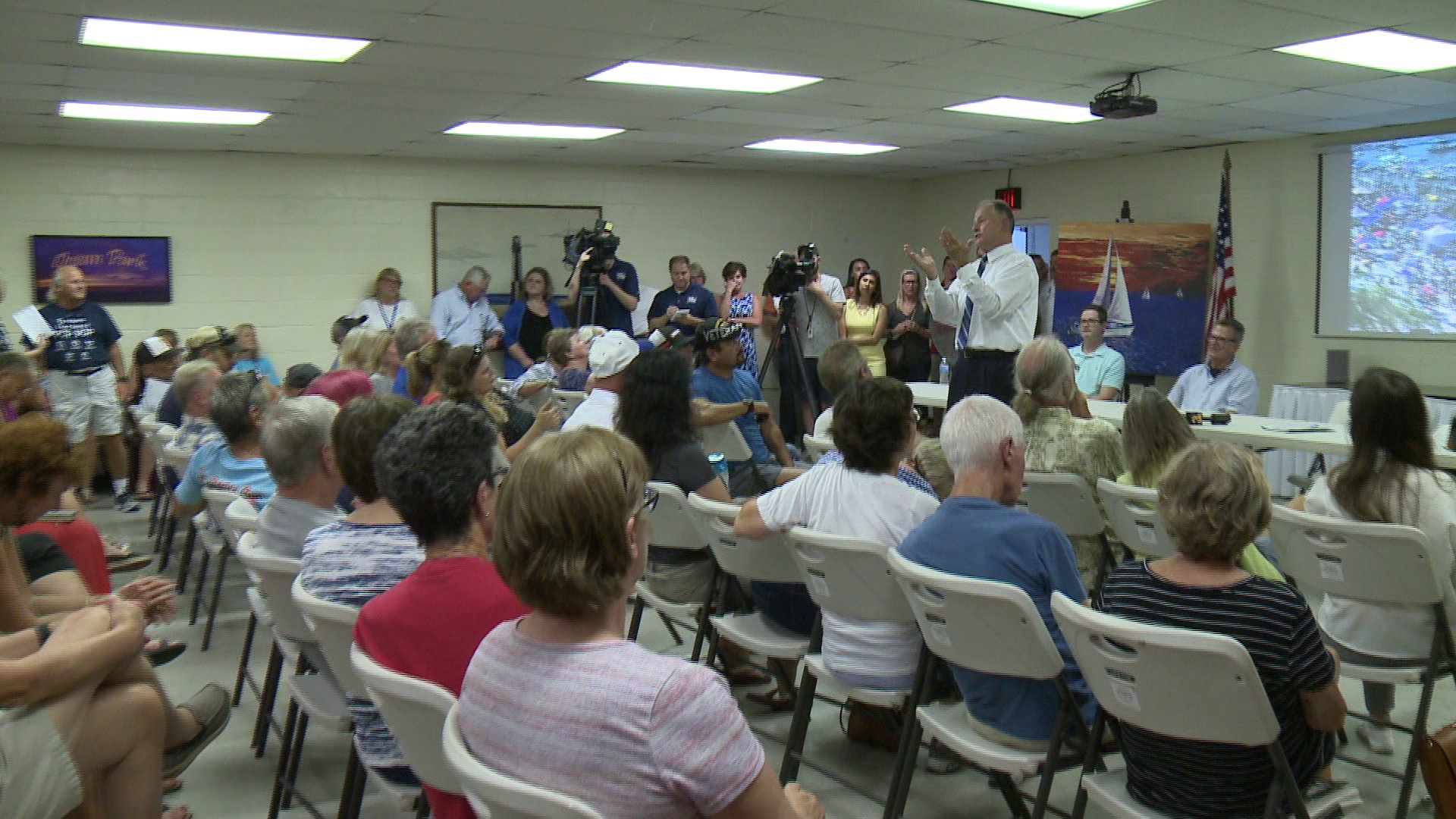