VIRGINIA BEACH, Va. – A shooting at the Virginia Beach Municipal Center left 12 victims dead and 4 seriously injured, according to Virginia Beach Police. The shooting suspect is also dead, but is not one of the 12.

The incident happened at Building 2 in the 2400 block of Courthouse Drive.

One of the injured was a Virginia Beach Police officer who was saved by his vest.

Gaulding says one patient is at Sentara Norfolk General Hospital in critical condition. This patient first went to Sentara Princess Anne near the city complex but was later picked up by a Sentara Nightingale Regional Air Ambulance and was flown to the regional Level I trauma center at Sentara Norfolk.

Another patient took themselves to Sentara Princess Anne and was released by the emergency department Friday evening.

Hospital staff are not providing any information on the patients’ genders or ages at this time due to privacy concerns.

At this time police believe there was only one shooter, a longtime current employee of the city. Police say the suspect opened fire on multiple floors.

A semi-automatic pistol and a rifle were found at the scene of the shooting, according to CNN.

The Norfolk FBI is assisting Virginia Beach Police with its investigation.

The courthouse was on lockdown while police responded. Police asked that residents avoid the municipal center area.

Families with loved ones working in the municipal buildings are being asked to go to Princess Anne Middle School.

In a press conference, Police Chief Jim Cervera commended first responders for their actions. “When this violent act occurred, police and fire-rescue responded and did the professional thing that they do, because that’s what they do,” he said.

Cervera also said that citizens can “rest easy” tonight after the suspect was taken down.

Police held an additional press conference at 9:30 p.m. Friday, where Police Chief Cervera said there was a “long-term, moving gun battle” between officers and the suspect. The suspect was armed with a 45-caliber handgun with a suppressor.

Officers found victims on all three floors of the building and one outside in a vehicle.

#BREAKING Chief says long-term, moving gun battle between @VBPD & suspect. Found victims on all 3 floors of bldg & 1 outside in a vehicle. Suspect had 45-caluber handgun with suppressor. https://t.co/Kyles8N8Ys @WTKR3

CNN is reporting the suspect is 40-year-old DeWayne Craddock. Cervera said the department plans to say his name once and only once. After that, they will refer to the shooter as “the shooter” or as “the suspect.”

Governor Ralph Northam said on Twitter that he and his team are monitoring the situation, and asked that people stay away from the area and follow all instructions from law enforcement.

Northam, who also spoke during Friday night’s conference, said that the shooting marks a tragic day for Virginia Beach and the entire Commonwealth.

I have been in communication with @CityofVaBeach Mayor Bobby Dyer and @VBPD Chief Jim Cervera. My administration stands ready to assist law enforcement and first responders in any way.

This is a tragic day for Virginia Beach and our entire Commonwealth. My heart breaks for the victims of this devastating shooting, their families, and all who loved them. I am on my way to Virginia Beach now and will be there within the hour.

Megan works for @CityofVaBeach government. She was on second floor of Building 2 when someone started shooting inside. As they were barricaded inside, all she could think about was her 11-month baby boy at home. #VirginiaBeachShooting @WTKR3 https://t.co/xUlLJ14eKa pic.twitter.com/6a1ArcTbif 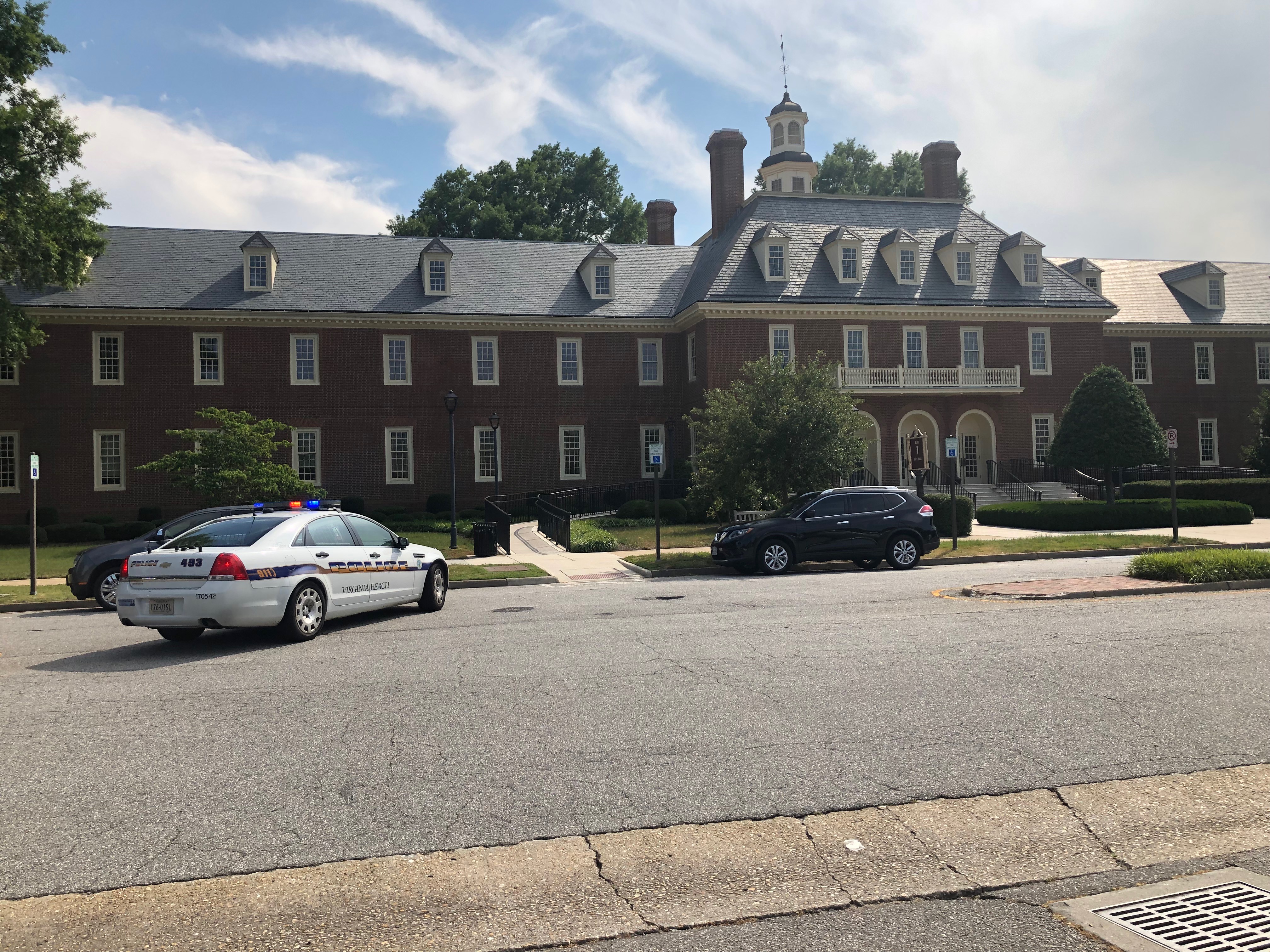