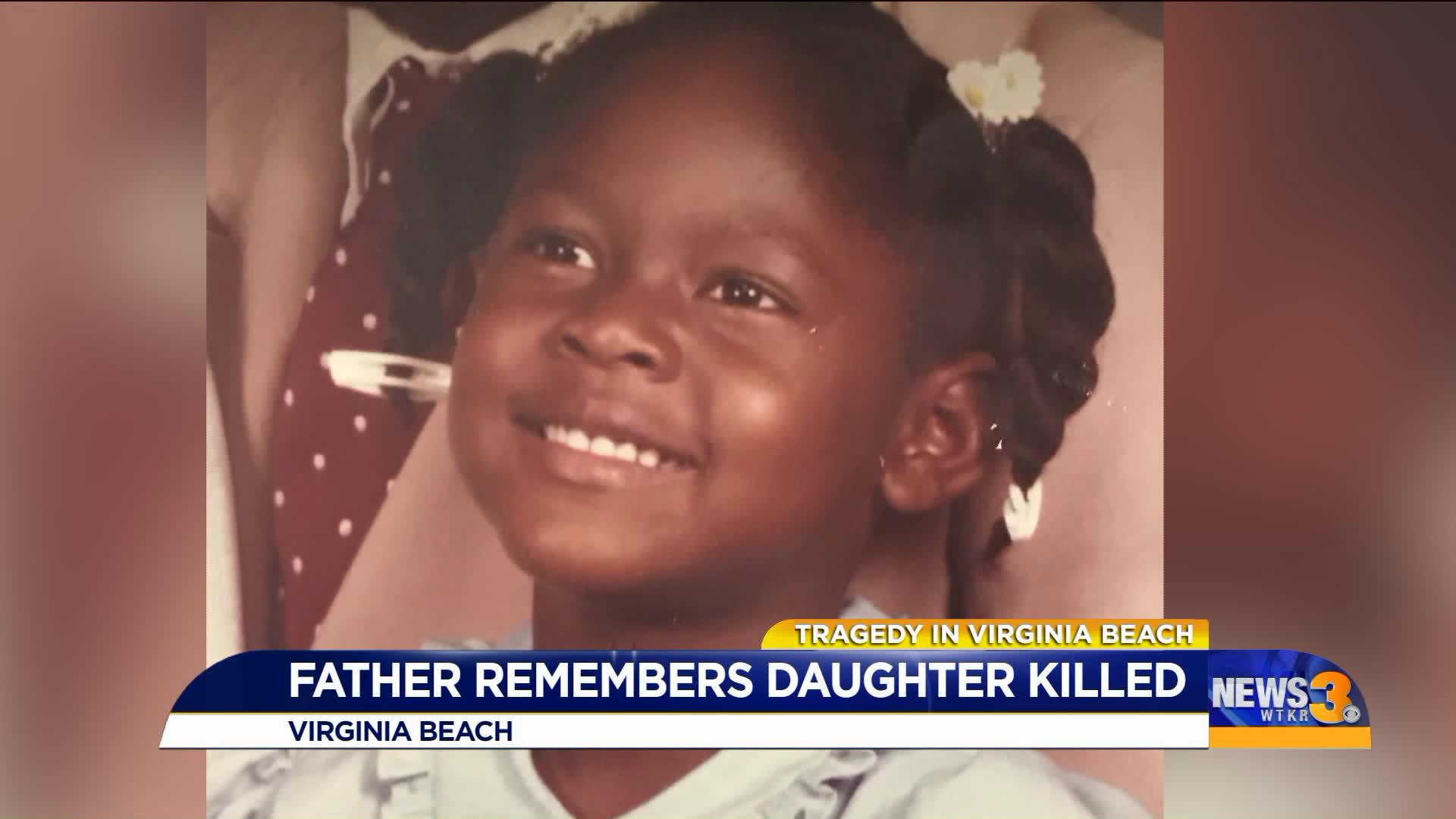 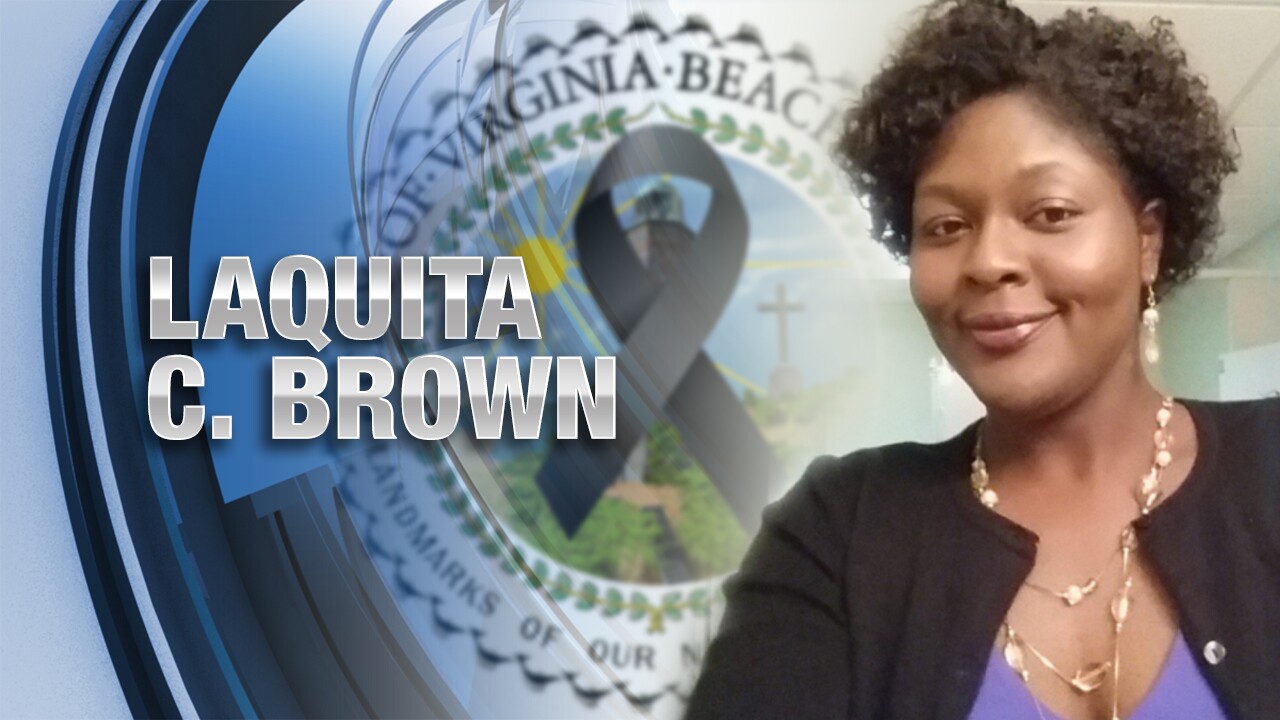 VIRGINIA BEACH, Va. - Dwight Brown said he got word that his daughter was shot and killed on his birthday.

Laquita Brown was one of 12 people brutally gunned down in the Virginia Beach Municipal Building.

"She is going to be missed," said Dwight Brown. "She was very selfless.  She was always about other people. She dedicated her life to helping others."

Laquita, a Chesapeake woman, worked as a right-of-way agent with the Virginia Beach Public Works Department. She had been with the department for 4½ years.

He said she spoke three languages and traveled the world to help those in need through her faith. He said she was a devoted Jehovah's Witness.

He said he knew she was special as a child when she got an Easy Bake Oven and would bake for all her stuffed animals and make sure each one was fed.

Dwight said he got out of the hospital for heart problems on Thursday. It was his birthday on Friday, and he said he was at his friend's house watching the news.

He didn't know his daughter was a victim in the shooting.

He said he got a call from his son, and they thought Laquita had been taken to a hospital.

"I spent all Friday evening going from hospital to hospital to try to find her," said Dwight.

He wants people to know the wonderful person she was.

"I wish I could be more like her, and honestly I give all the credit to her mom for that," said Dwight. "The world is not as good of a place as it was on Friday because she is not in it. There are just certain people that make the world a better place because they make living so much better for other people, and she was one of those people blessed with that talent."

The balconies at the Harrison Opera House  in Norfolk were filled with hundreds of people singing hymns and shedding tears as friends and family came together to celebrate her life on June 15 during a memorial service.

A family spokesperson says the family would like to thank the thousands who have supported them over the past two weeks.

Laquita is survived by many family members including her mother, father and brother.

To share your memories of Laquita Brown, email us at takingaction@wtkr.com.