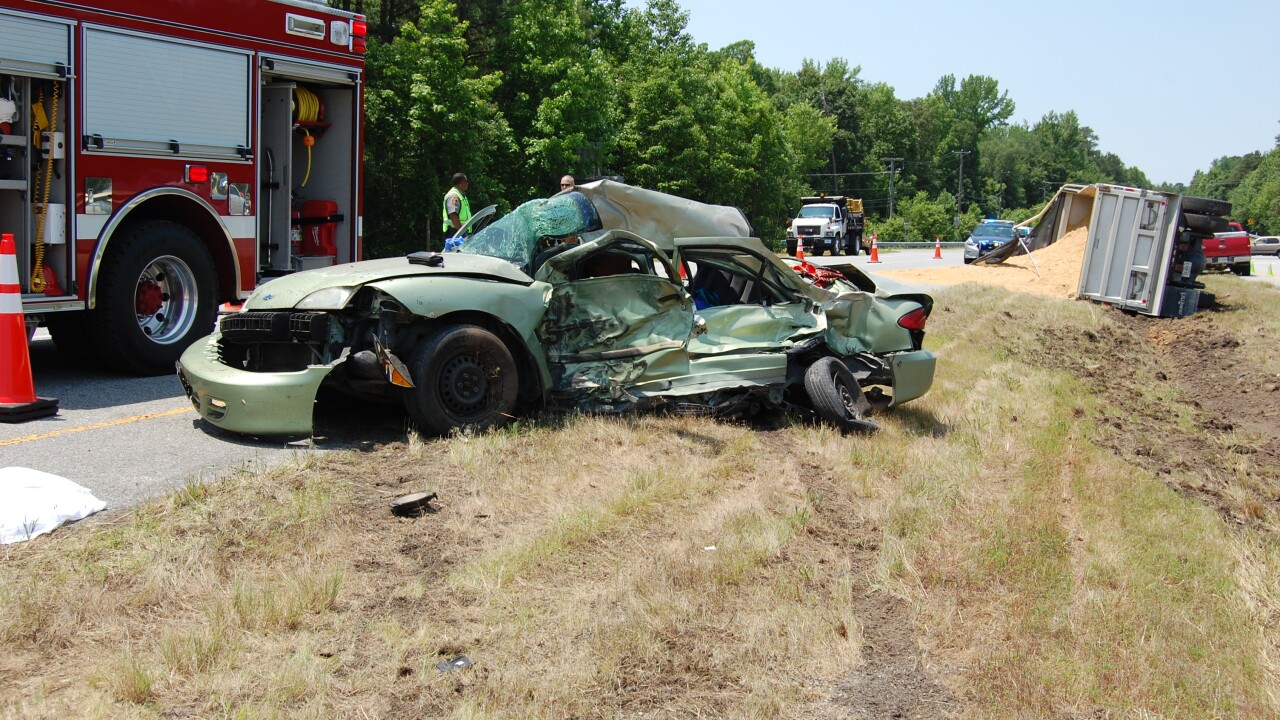 SUSSEX Co., Va. – The Virginia State Police is investigating a two vehicle accident that has resulted in two fatalities on Monday.

After an investigation State Police said a 2002 Chevrolet Cavalier was attempting to exit onto Route 40 from Interstate 95, southbound, when the driver, 66-year-old Verna Elizabeth Hill, ran the stop sign at the bottom of the ramp and was struck by a 2017 Volvo dump truck that was traveling westbound on Route 40.

Hill died upon impact and her passenger, 61-year-old Linda Ann Ellis, was taken to Southside Regional Hospital where she later succumbed to her injuries as well.

The driver of the dump truck sustained non-life threatening injuries. Speed nor alcohol were contributing factors in the accident, according to police.

Notification has been made to the families of the deceased.