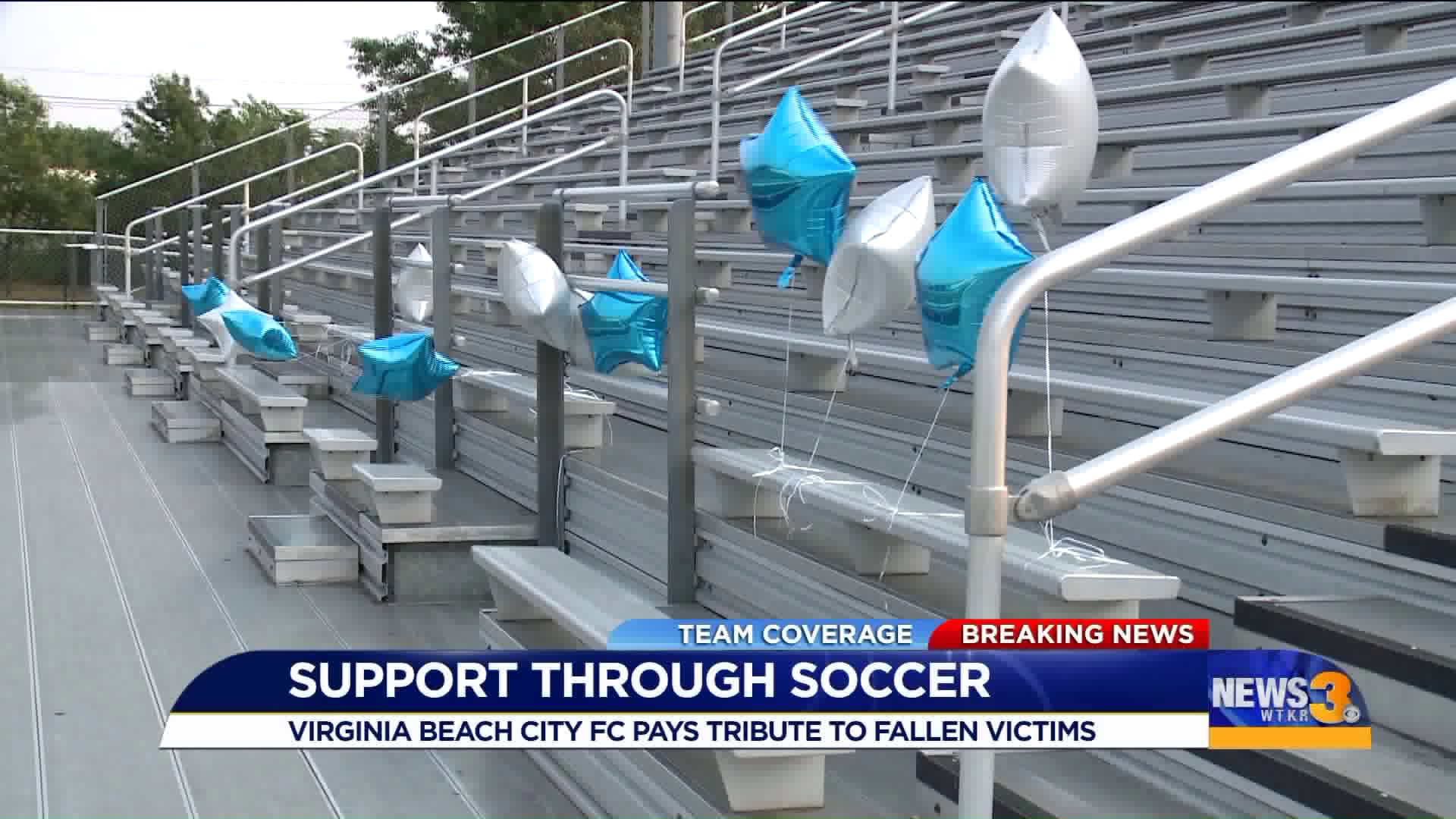 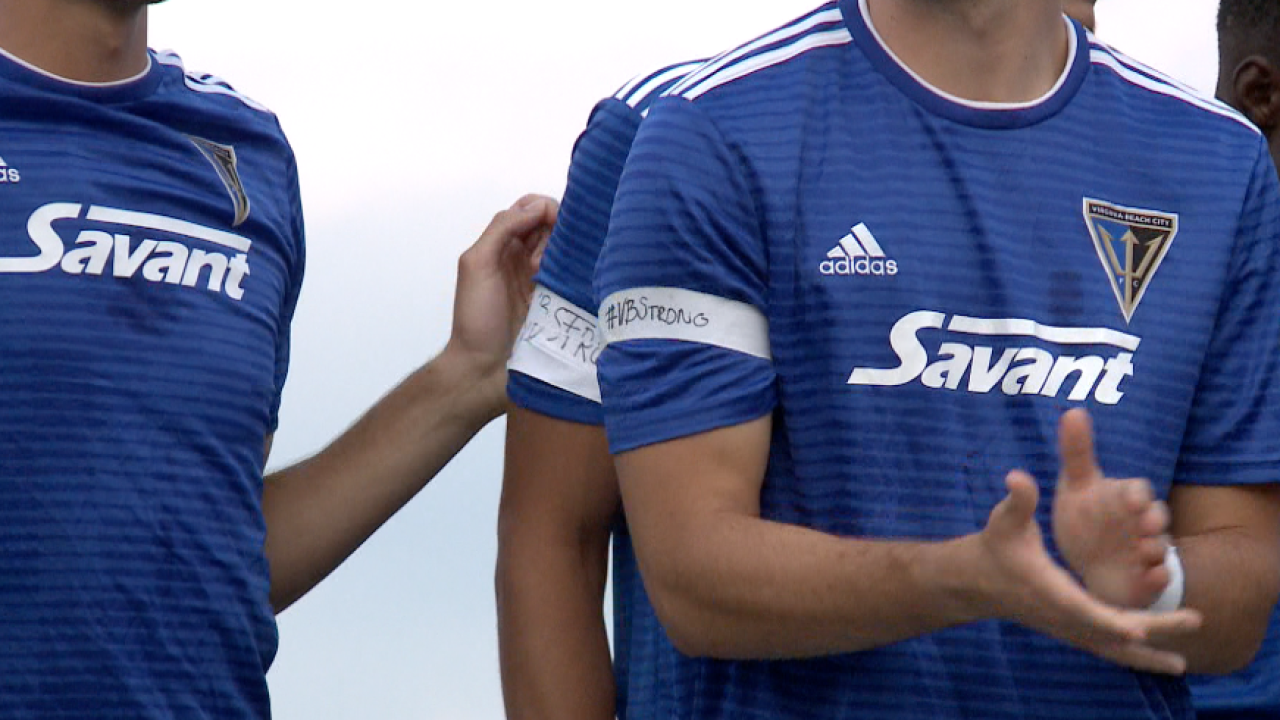 NORFOLK, Va. - Sunday was full of support through soccer at Powhatan Field in Norfolk.

The Virginia Beach City Football Club (VB City FC) hosted a home match against Frederick FC. Prior to the game, the club held a moment of silence to honor the fallen victims of the Virginia Beach mass shooting that took place on Friday.

The players also wore arm bands with the hashtag "#VBStrong" on them to show solidarity with the city they represent on the front of their jersey. "This is a situation where we want to show the community we're behind them," said VB City FC head coach Brian Hinkey. "We represent something larger than just a soccer team."

The stands were full tonight, but the front row was not. That's because 12 balloons lined the bleachers, reserved for those who lost their lives in Friday's mass shooting.

"Its something that you don't want to forget," said VB City FC owner Steven Wagoner. "You want to be appreciative of everyone that we've got here, and thankful for the opportunity that we have to promote the game."

A night of welcomed distractions for a neighboring city that is healing.

"VB City stands for the community, it's the city of Virginia Beach," Cowan said.  "We play in Norfolk but we represent both cities, its not just the club, its a family."