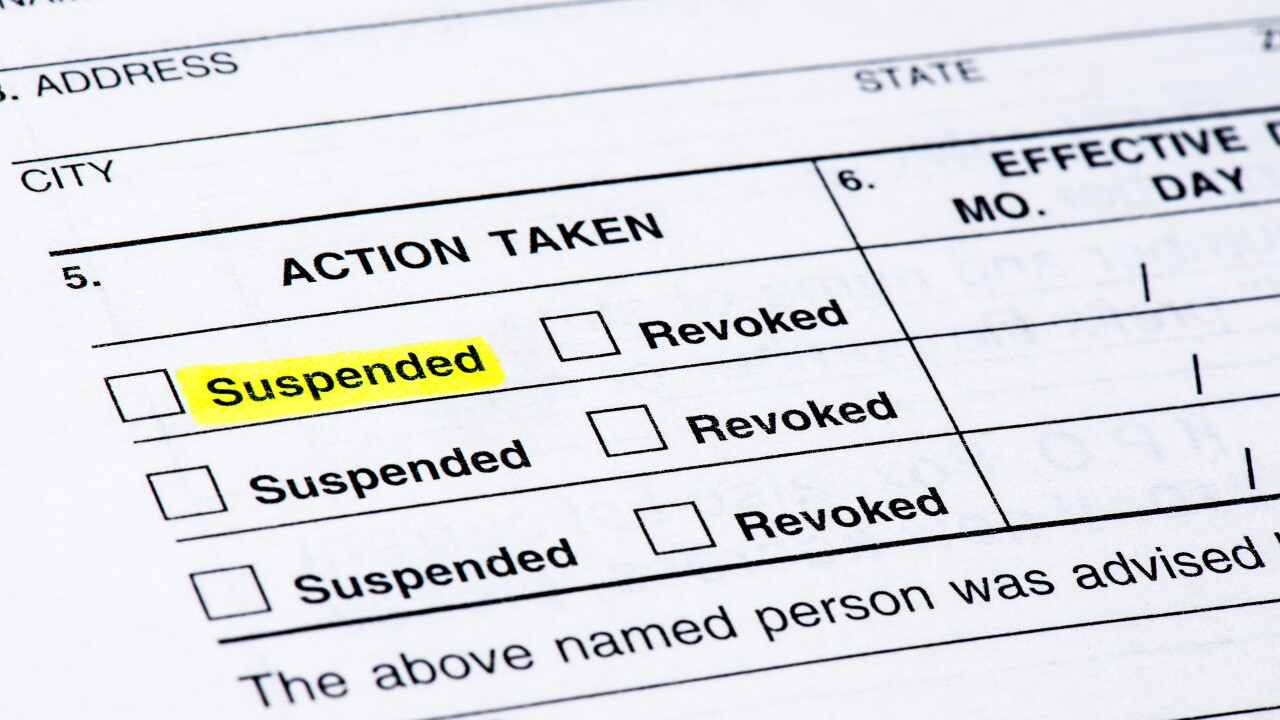 A form from the DMV suspending a driver’s license.

RICHMOND, Va. – Gov. Northam announced that the DMV is preparing to send letters to Virginians whose driving privileges are suspended for failure to pay court fines and costs to advise them of any specific requirements for obtaining their driver’s licenses.

Also beginning July 1, any Virginian whose driver’s license has been suspended for that single reason will have their driving privileges restored, and the associated reinstatement fee waived.

“Earlier this year, I was proud to sign legislation to ending the counterproductive practice of suspending driving privileges for failure to pay court fines and costs,” said GovernorNortham. “I appreciate the hard work taking place at the DMV now to ensure that starting July 1, hundreds of thousands of impacted Virginians will be able to move their lives forward.”

The change only affects a person’s ability to get a driver’s license. It does not eliminate the requirement to pay the underlying court costs and fines. Also, Virginians whose driving privileges are suspended or revoked for other reasons, in addition to failure to pay court fines and costs, will need to meet any other court or DMV requirements toinclude payment of reinstatement fees to regain their driving privileges.

“DMV is sending letters to more than half a million Virginians whose lives could be transformed by giving them access to jobs, education, healthcare, and opportunity–  once again,” said Secretary of Transportation Shannon Valentine.

The DMV advises its offices will be extremely busy in the summer months. To avoid longer than normal waits, customers are encouraged to use alternative services such as the website, mail, and and DMV Selects locations for routine services.