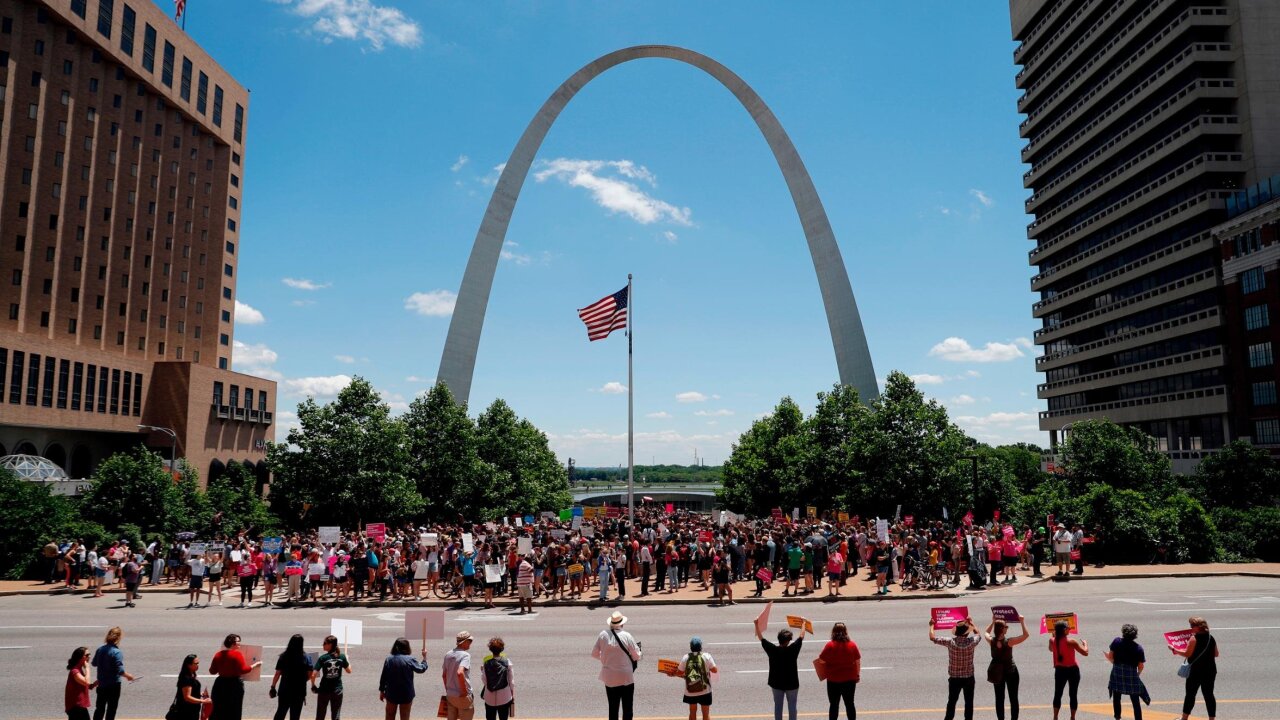 After a four-day reprieve, Missourians could soon learn whether their state will become the first with no abortion clinics.

Missourians will have to wait at least one more day to find out if their state will become the first with no abortion clinics.

After a four-day reprieve, Missourians could soon learn whether their state will become the first with no abortion clinics.

That license was supposed to expire Friday. But the judge issued a temporary order on Friday preventing the license from expiring until a ruling in this week’s hearings.

Arguments will continue Wednesday morning when Stelzer will hear both sides on whether to grant a preliminary injunction that would let Planned Parenthood provide services while the legal battle over the license renewal continues.

Outside the St. Louis courthouse, a group of anti-abortion activists silently protested Tuesday, with “LIFE” written on tape covering their mouths.

If the Planned Parenthood clinic is forced to stop providing abortions, Missouri would be the first state in the nation to block the procedure in more than 45 years.

Why wasn’t the license renewed?

The abortion debate in Missouri heated up after Gov. Michael Parson signed into law House Bill 126, which bans abortions at eight weeks of pregnancy, even in cases of rape and incest.

The debate further intensified after the St. Louis clinic sued Parson and the Missouri Department of Health and Senior Services.

“DHSS now is attempting to shut down (the abortion provider), by unlawfully conditioning a decision on its routine license renewal application on completion of a supposed ‘investigation’ of a patient complaint,” the lawsuit said.

Last week, the governor said the health department discovered “numerous violations of state laws and regulations” during an annual inspection of the facility in March.

But he would not address questions about the nature of the violations, saying only, “They are well aware of the deficiencies.” Parson said details could not be released “because it is still an ongoing investigation.”

The governor said the lack of license renewal revolves around safety.

“We are committed to and take seriously our duty to ensure that all health facilities in Missouri follow the law, abide by regulations, and protect the safety of patients,” Parson said.

But Planned Parenthood said the state’s refusal to renew the clinic’s license is just another tactic to “restrict abortion access and deny Missourians their right to choose abortion.”

“In order to renew the license, Planned Parenthood bent over backwards to meet some frankly medically unnecessary and inappropriate requests from the state. But they did it,” said M’Evie Mead, director of Planned Parenthood Advocates in Missouri.

Missouri isn’t the only state that has teetered on the brink of losing its last abortion clinic over licensing disputes.

In 2017, Kentucky refused to renew the license of its last abortion clinic, claiming its “transfer agreement” was inadequate.

A federal judge ruled in favor of the clinic, saying Kentucky’s transfer agreement law was unconstitutional and violated the 14th Amendment.