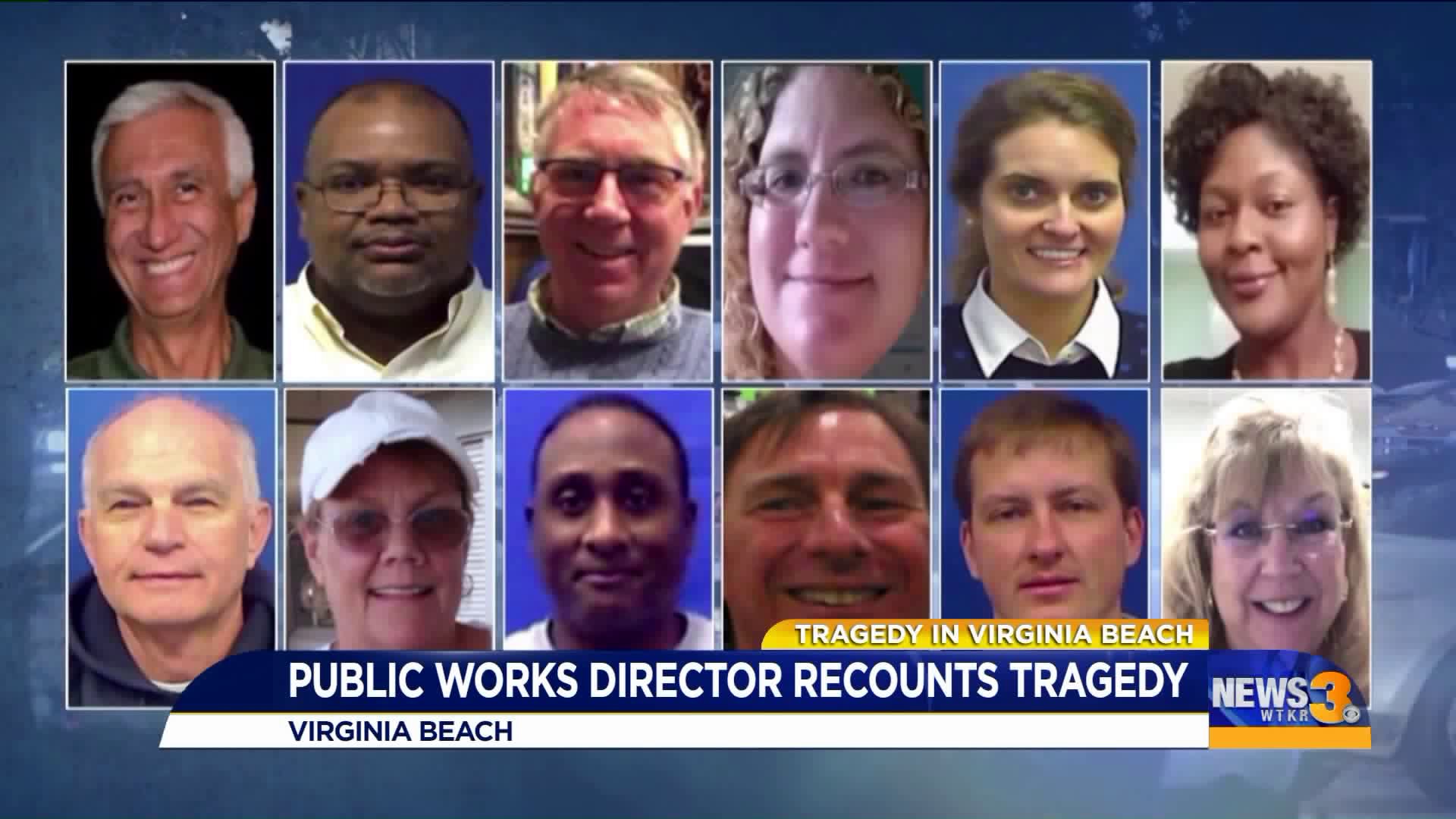 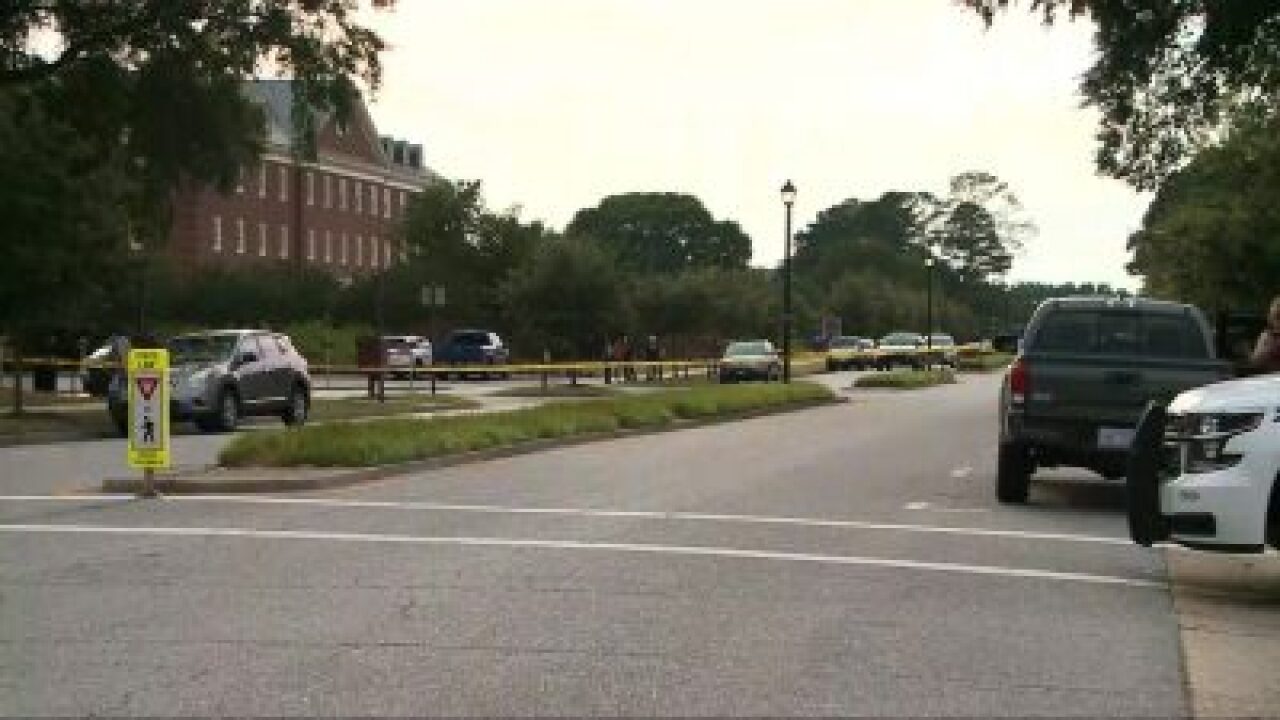 VIRGINIA BEACH, Va. - Every morning for the past decade, Public Works spokesperson Drew Lankford has taken the elevator up to his third floor office in Building 2.

Last Friday, his schedule was slightly off routine.

"I went to the Oceanfront for a couple of meetings. I was on my way back, called the office and spoke to someone and they said it was all quiet, no big deal," Lankford said.

So, he finished some tasks and went to get a quick haircut.

He quickly sped off to the municipal center and watched from his car as law enforcement responded. Hours later, he would learn he lost 12 of his dear co-workers, five of whom were dear friends.

"Every single one of them is family. We had a good family up there, just good people," Lankford stated.

He said the death of his co-worker, Tara Gallagher, is hitting him hard.

"She was just so bright, a smart engineer, and she had a 20-month-old baby that she just doted over," Lankford said with tears in his eyes. "And then there is Melanie, who is still in the hospital; she was one of the smartest engineers in the city."

The "what ifs" so to speak, now haunt Lankford.

"I would have been right in my office, which is near the stairwell, and I keep learning that there were so many people in the hallway, and then I hear some of them were shot right outside my door. Maybe I could have done something to distract," he said.

Lankford said he is still numb but has been going to visit the victims' families to try to find comfort and healing.

"That has helped a bit, but I don't know how some of them can go back to work and look across at an empty desk," he said. "One person told me they saw things they will never forget."

Lankford said he is meeting with city officials Tuesday.