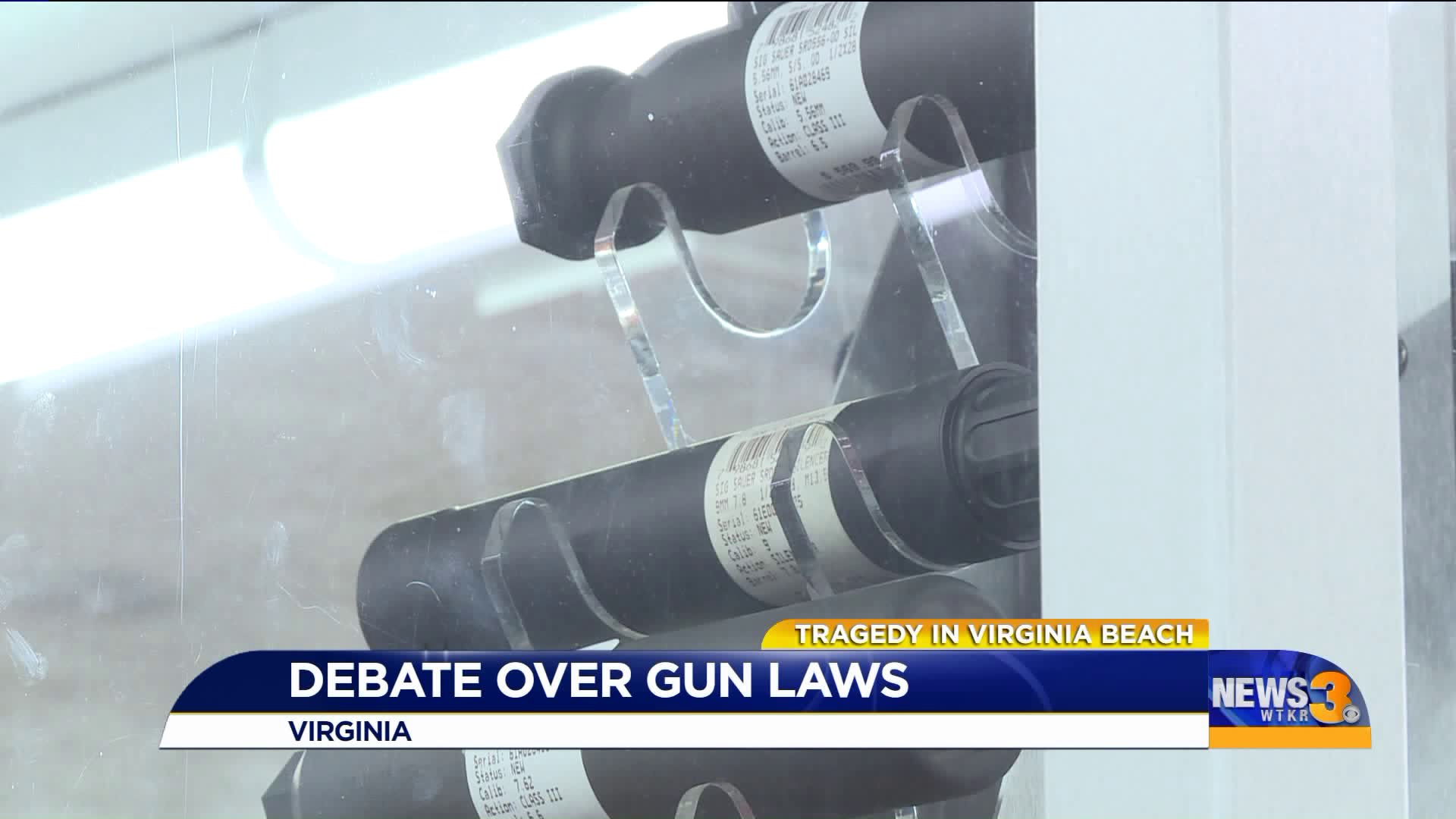 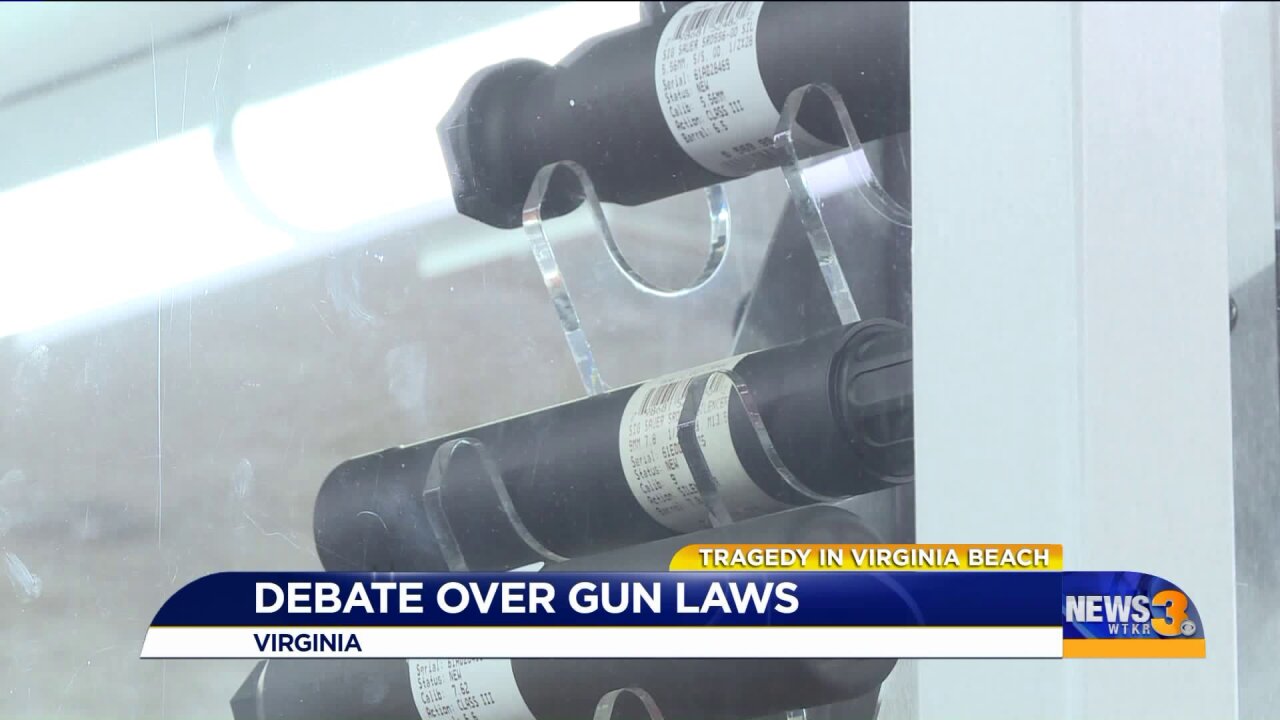 After the shooting, many are wondering if something can be done to prevent another incident. The shooter legally purchased his weapons including his silencer, police said.

Part of Gov. Northam's proposals on gun control include banning silencers, also known as suppressors. "The time is now," he said. "We need to do what the people of Virginia want to do and that is promote common sense gun safety."

Silencers are tougher to buy than guns because they require an FBI background check and fingerprinting, according to Robert Marcus, the owner of Bob's Gun Shop in Norfolk. His store is one of a few that sells them in the region. Right now, he says the process takes about a year. "You can't just buy these things off the shelf," he said.

They're also expensive and cost hundreds of dollars. Marcus says most often there's a specific reason people buy them. "The reason is it's part of a hobby and it adds enjoyment for people who may be suffering hearing loss," he said.

Lawmakers are expected to go back to Richmond to debate gun control later this summer. In response to Northam's proposals, the Virginia Citizens Defense League says silencers are rarely used in crimes because they make guns longer and harder to hide. The group says none of Northam's proposals would have saved anyone in the shooting, and they call the efforts a "political stunt."