A D-Day vet’s song about Normandy is No. 1 on Amazon’s singles chart, ahead of Ed Sheeran and Justin Bieber 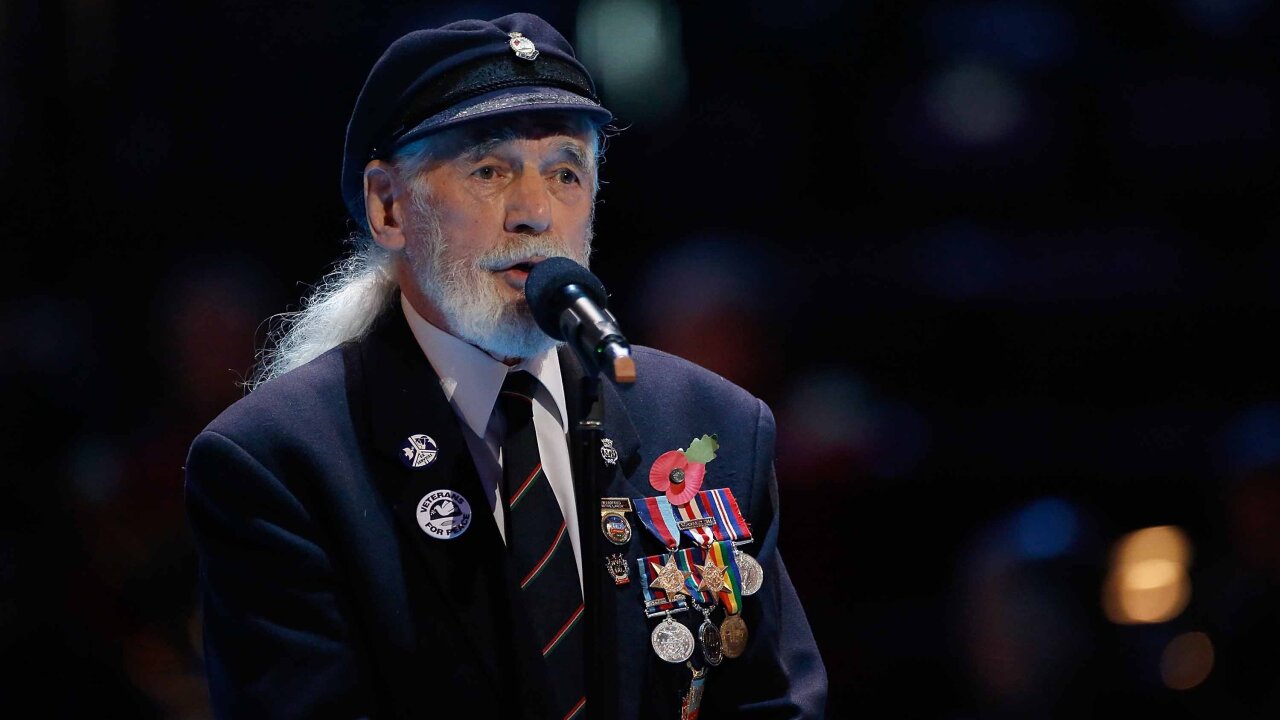 Jim Radford was only 15 when he served as a ship’s galley boy on June 6, 1944, making him the youngest known D-Day veteran.

On that fateful day, he helped build the Mulberry harbor at Gold Beach, which allowed the British Royal Navy to get personnel, vehicles and supplies onto the beaches of France.

Seventy-five years later, Radford, who has always been into music — folk songs, in particular — has released a new version of a poignant ballad he wrote in 1969 to honor those who died in Normandy.

His song, “The Shores of Normandy,” has been at No. 1 on Amazon’s singles chart for most of the week, beating the likes of Ed Sheeran and Justin Bieber.

Profits from song sales will support the British Normandy Memorial, due to be inaugurated Thursday by UK Prime Minister Theresa May and French President Emmanuel Macron.

“I’m obviously delighted and extremely surprised to be No. 1 on this particular chart, and I hope it does well because the more copies are downloaded, the more money we’ll have to pay for this wonderful memorial we’re building here,” Radford said in a recorded statement.

“It’s very important to me and other veterans that there should be a place like this where people can come and reflect because we’re not going to be around for much longer to tell the story, and the story needs to be told because people need to learn lessons from it.”

Radford, who was born in Hull and now lives in South East London, said he wrote the song during his first visit to Normandy after the war.

“I had been back to France, but I hadn’t been to Normandy. I remember it all very clearly, but I thought I’d got it all in perspective and I wasn’t going to be emotional about it,” he said in a video on the Normandy Memorial Trust page.

“It wasn’t until I went back, saw the children playing on the beach, that I was sort of overwhelmed with recollection of what I’ve seen and moved to tears by the contrast, as a lot of veterans were.”

It took Radford several years to write it all down and a long time to sing it in public because it was “a powerful recollection” for him, he said.