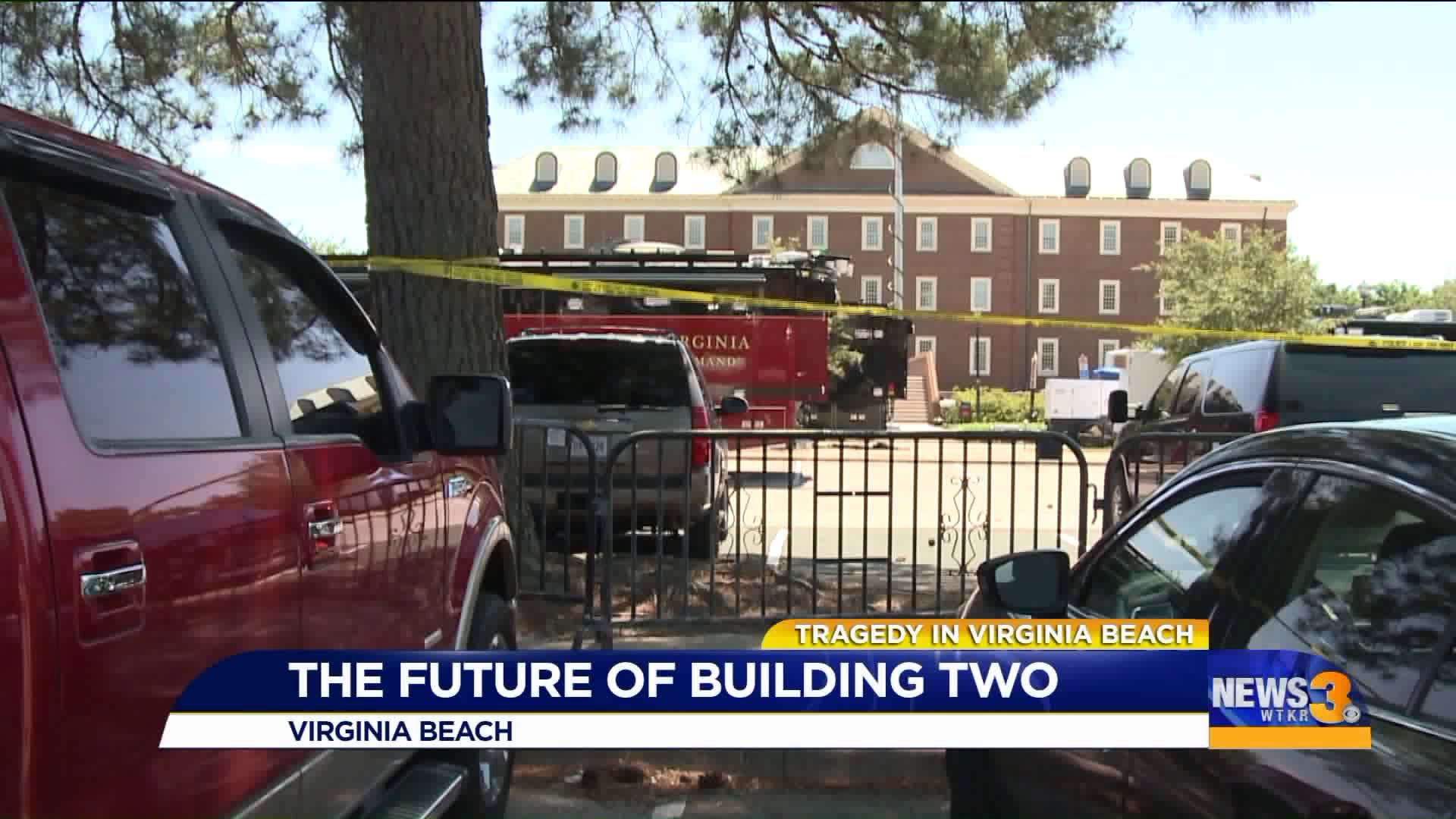 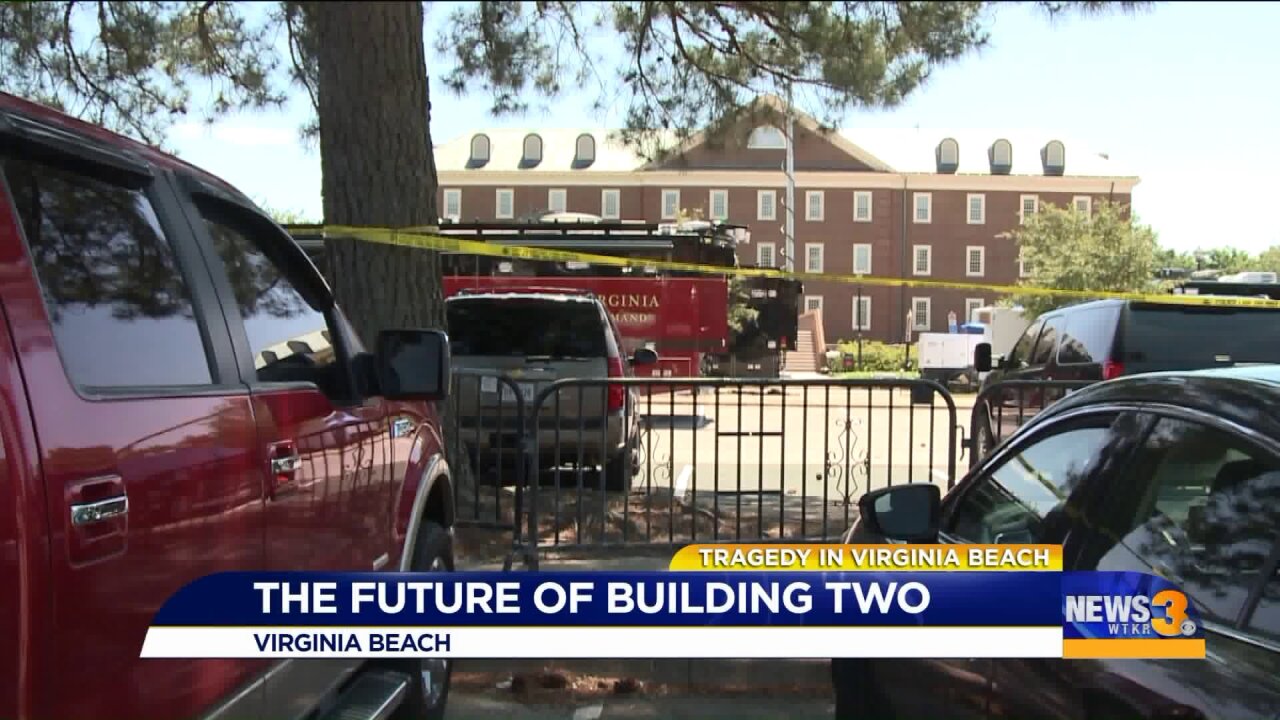 VIRGINIA BEACH, Va. - The future of Building Two is unclear following Friday's mass shooting inside the building at the municipal center.

Investigators continue to close off the building and surrounding area to try and piece together what happened. As a result, hundreds of workers from four departments cannot get to their normal offices. Tom Nicholas, a facilities engineer from the Dept. of Public Works, has been working all week to find temporary places for them to go.

"It's been really, really challenging for a lot of folks, but they need my help. My team - we're going to put that aside and get back to work so that they can get on with their lives," Nicholas said.

His work began first thing Saturday morning. His team has identified 26 locations for about 90% of the 349 workers who work inside the building. About 150 have been working this week at temporary locations. The rest have been working from home or remain too upset to return. Public services like inspections and permits have not restarted yet.

When the investigation eventually ends, Nicholas says the city manager has made it clear he doesn't think the workers should permanently return to Building Two. They're still figuring out where they will go and what to do with the building.

"It's a great asset from a facility point of view. It's an emotional challenge to back into a facility like that that has been so devastated," he said. "We really have to not only look at the facility options, but look at the people options as to how and whether we will reuse that building."