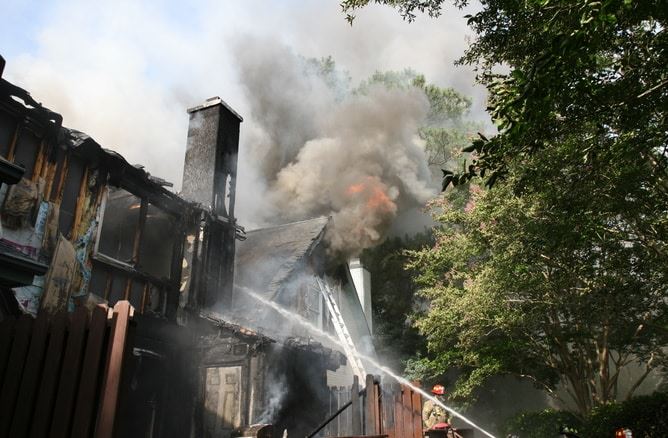 JAMES CITY Co., Va. – A fire at a townhome in the 5100 block of Greenwich Mews in the Mews of Williamsburg subdivision late Thursday afternoon left its occupants without a place to stay for the night.

Units from the James City County Fire Department responded to the fire at 4:49 p.m. The homeowner called 911 reporting a grill on fire on the back deck.

The first arriving units found heavy fire conditions in the back of the two-story townhome with fire extending into the attic.

Firefighters brought the fire under control at 6:41 p.m. Two of the units suffered significant fire and smoke damage to two of the units.