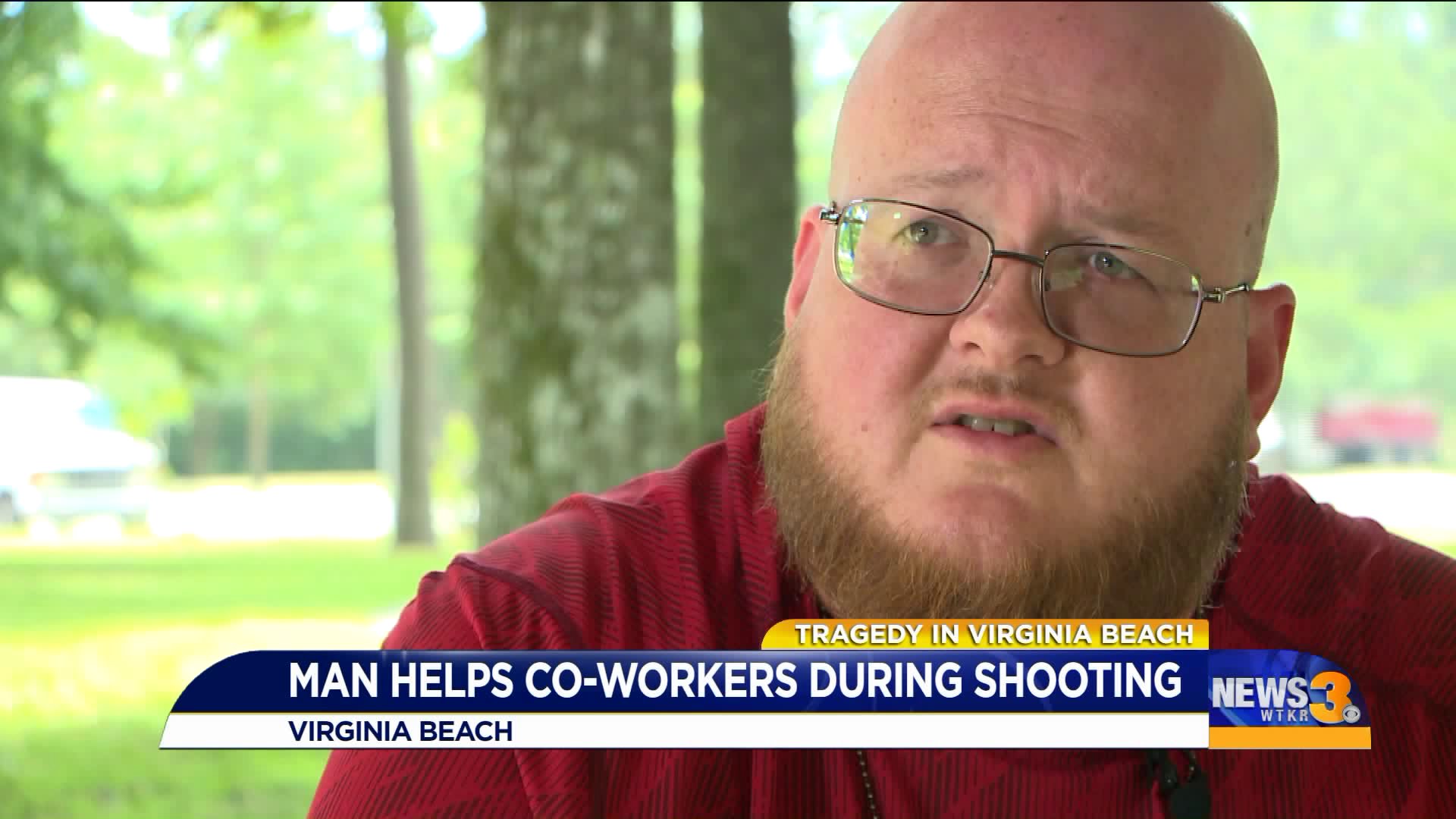 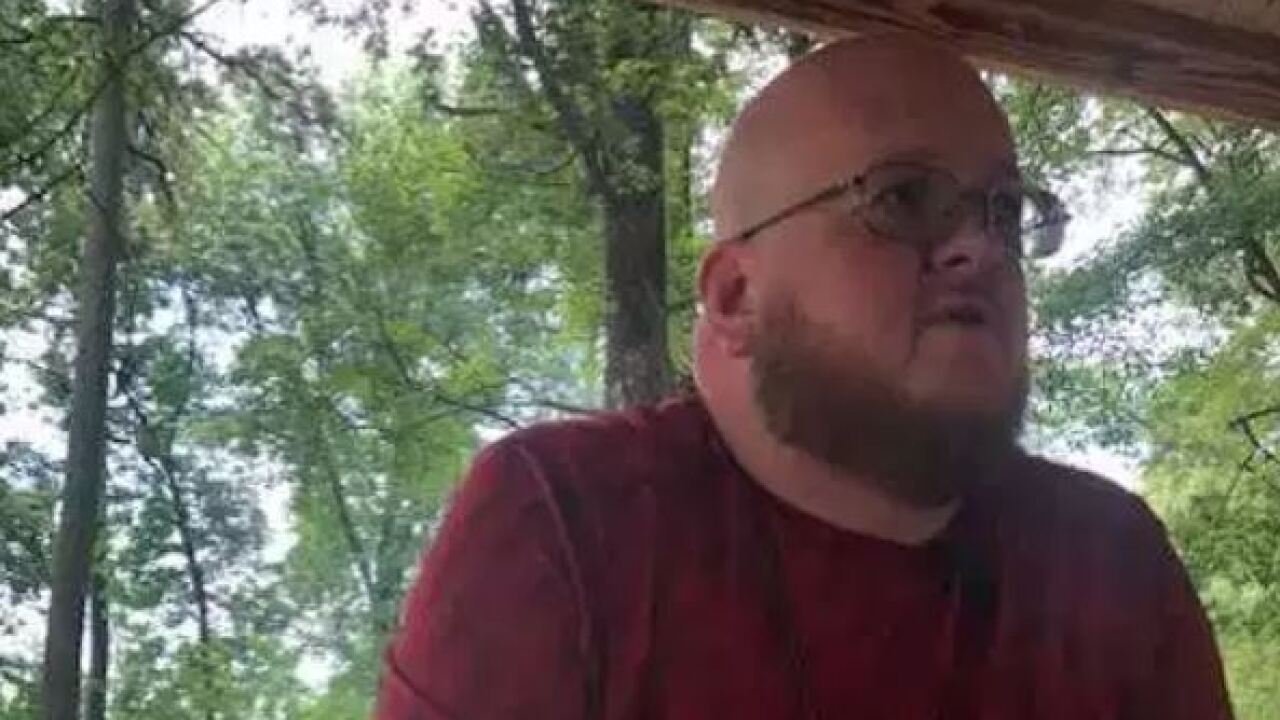 VIRGINIA BEACH, Va. - Most 40th birthdays are filled with parties, fun and celebrations. But Wednesday, Thomas Colson spent his milestone birthday in mourning.

Just before 4 p.m., on Friday, May 31, Colson, a seven-year employee of Virginia Beach Municipal Center's Building 2, was running his final report of the day.

"When I came around the corner, one of my coworkers had been knocked down. I was helping her up, and I didn't know the gunman [was] right beside us at that point," Colson explained.

He came face-to-face with the shooter -- and it would not be the last time.

"So then I heard another co-worker say, 'Get in my office, I have a file cabinet, we can barricade the door,'" he said.

Along with Ryan Keith Cox, Colson started guiding other coworkers to shelter in nearby offices.

"I was going down the cubicles to make sure no one else was there, and I headed that way and came across the gunman a second time, walking directly towards me," Colson said. "I ducked into some cubicles."

At that point Colson said he parted ways with Cox and took refuge in an office with one other person.

"There is a window there in that office, and so I look up, and the gunman is standing right there, looking into the office and staring directly into my eyes," he described.

Locking eyes with the gunman a third time.

"It seemed so unreal. We thought it was a drill, but I knew when I saw the victim on the stairs in the back that this is not a drill," said Colson.

Colson eventually was escorted out by police to the nearby post office. Hours later he would learn 12 of his coworkers were dead, eight of whom he said he was very close to.

He said he regrets not sticking by Cox, who lost his life.

"I thought Mr. Cox had made it into that office to help barricade the door, to find that was not the case, I was literally with him less than two minutes. That's very hard for me to wrap myself around," said Colson.

Colson said his heart is in pieces. While his life was spared, he knows the families of the fallen will never be the same.

"We lost 12 great people. I can't imagine what their families are going through," he said.