Peninsula stands in solidarity with Virginia Beach with prayer vigil 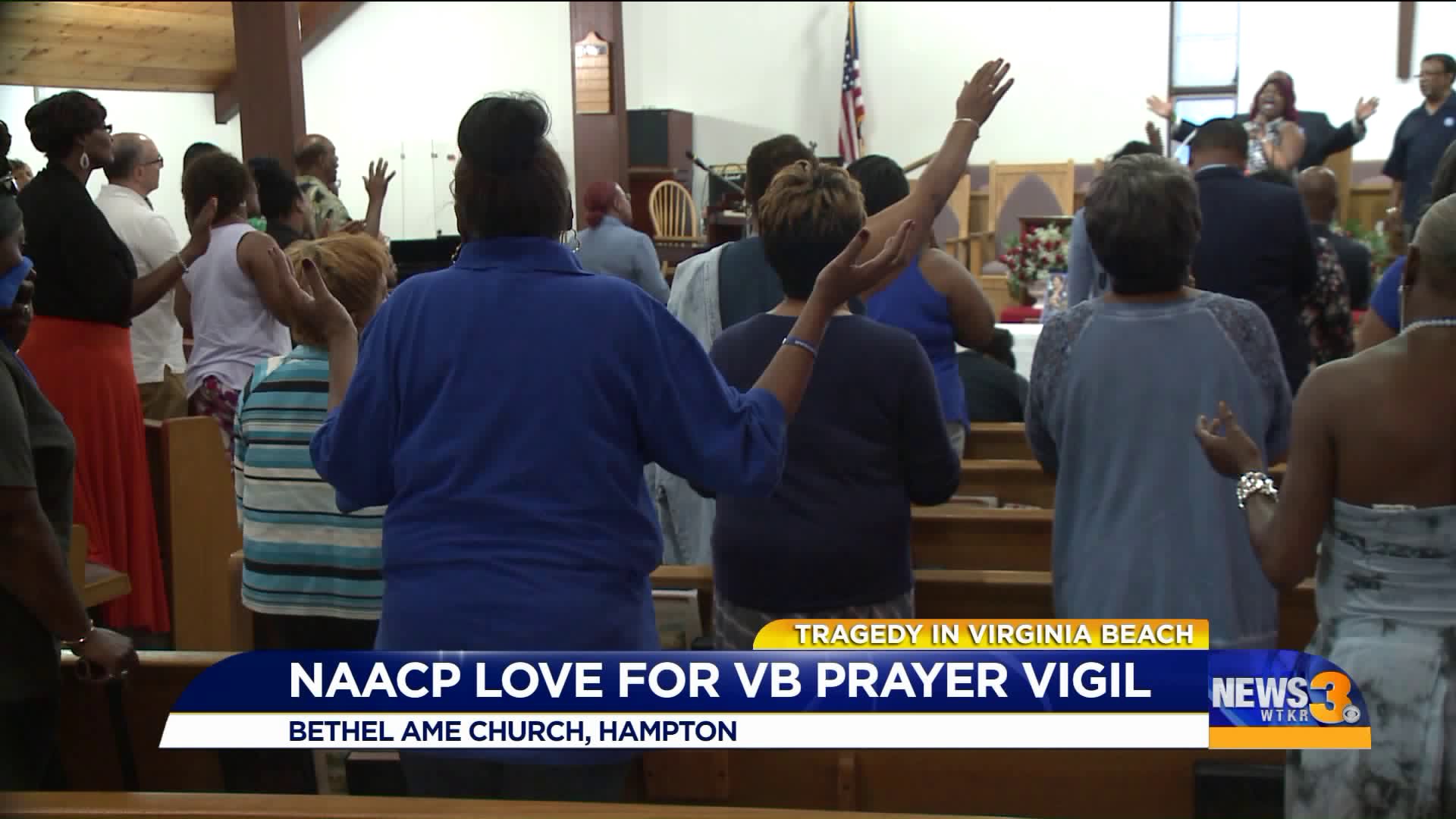 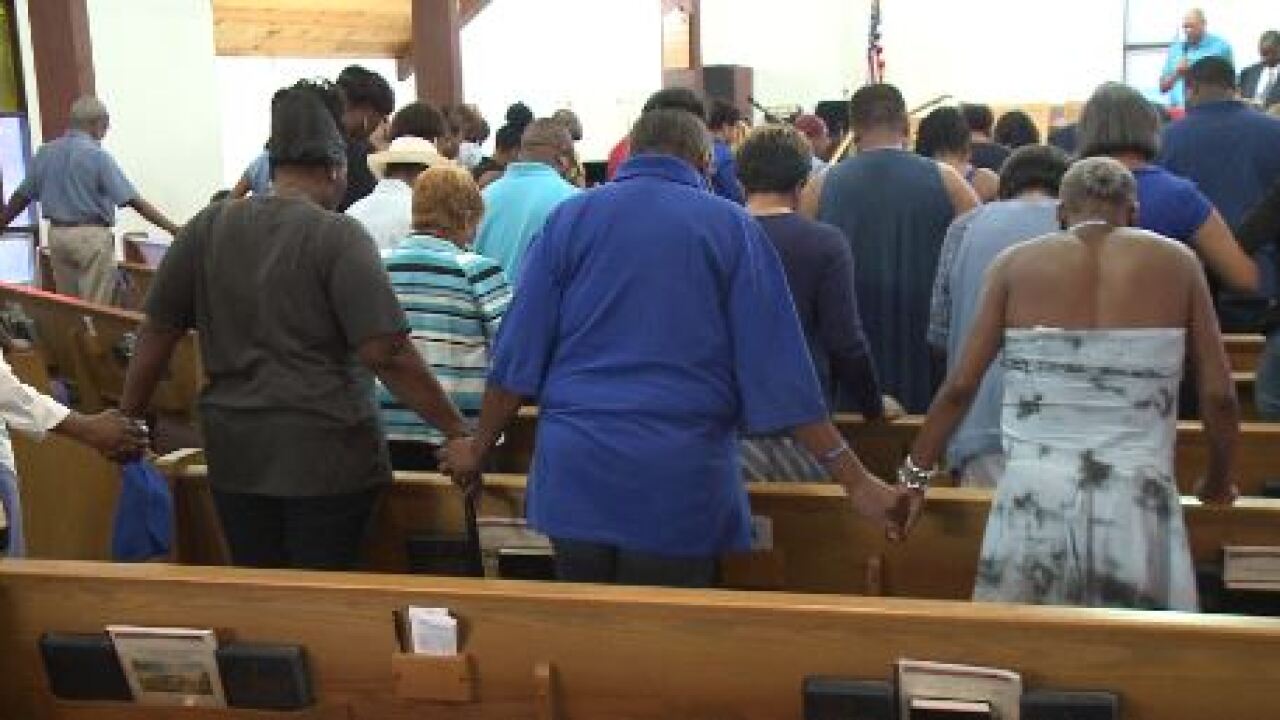 HAMPTON, Va. - The sound of the saxophone led a vigil prayer service at Bethel AME Church in Hampton Thursday. The local NAACP branch called everyone on the Peninsula together to stand in solidarity with Virginia Beach.

Members of the congregation stand and hold hands during a prayer vigil.

“There’s been a lot of prayer vigils on the Southside, and we wanted them to know that we are one region and we care and support and grieve with them," said the president of the Hampton branch, Gaylene Kanoyton.

The community filled the pews in blue to support its sister city while listening to some encouraging words from different speakers. Hampton Mayor Donnie Tuck, who was surrounded by other state and local leaders, says last Friday's shooting could’ve happened anywhere.

“These individuals who died were just doing their jobs. They went to work, they were doing what they were supposed to do and they didn’t get to go home, and I think that resonates with all of us who have municipal employees," said Mayor Tuck.

That's more reason why he believes it’s important to lock hands and come together.

Ever heard ‘Great is Thy Faithfulness’ on a saxophone 🎷 ? #VBStrong pic.twitter.com/2IDuMyL4pu

“We are in solidarity with them. We are all a community; we are one region. We feel what they are going through. [It] may not be in the same manner, but we have a sense of it and we want them to know that they are not alone," said Mayor Tuck.

Mayor Tuck hopes that the words of encouragement and hope that were given in the sanctuary will be taken into the community.

All in order to help each other get through the pain.