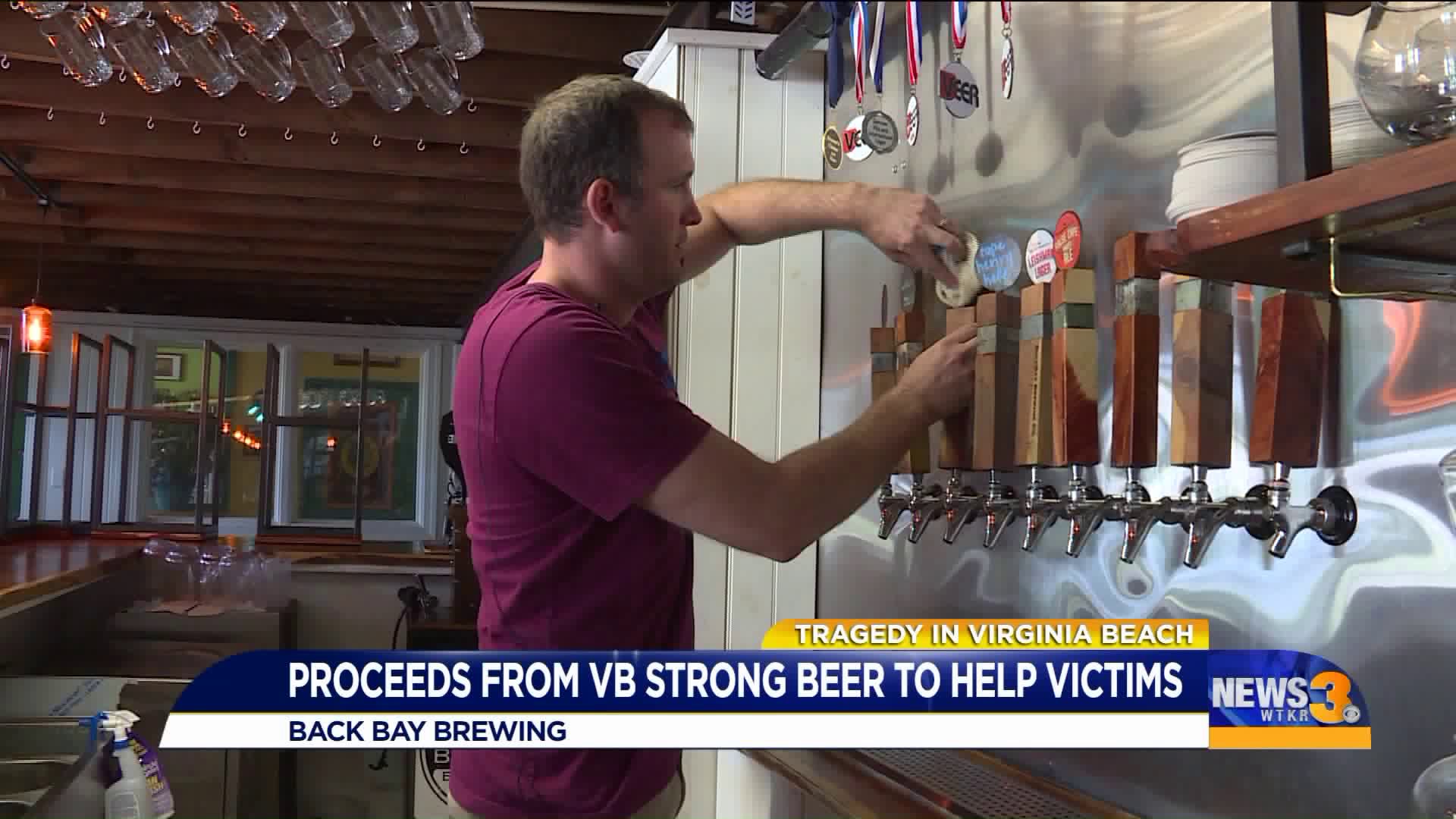 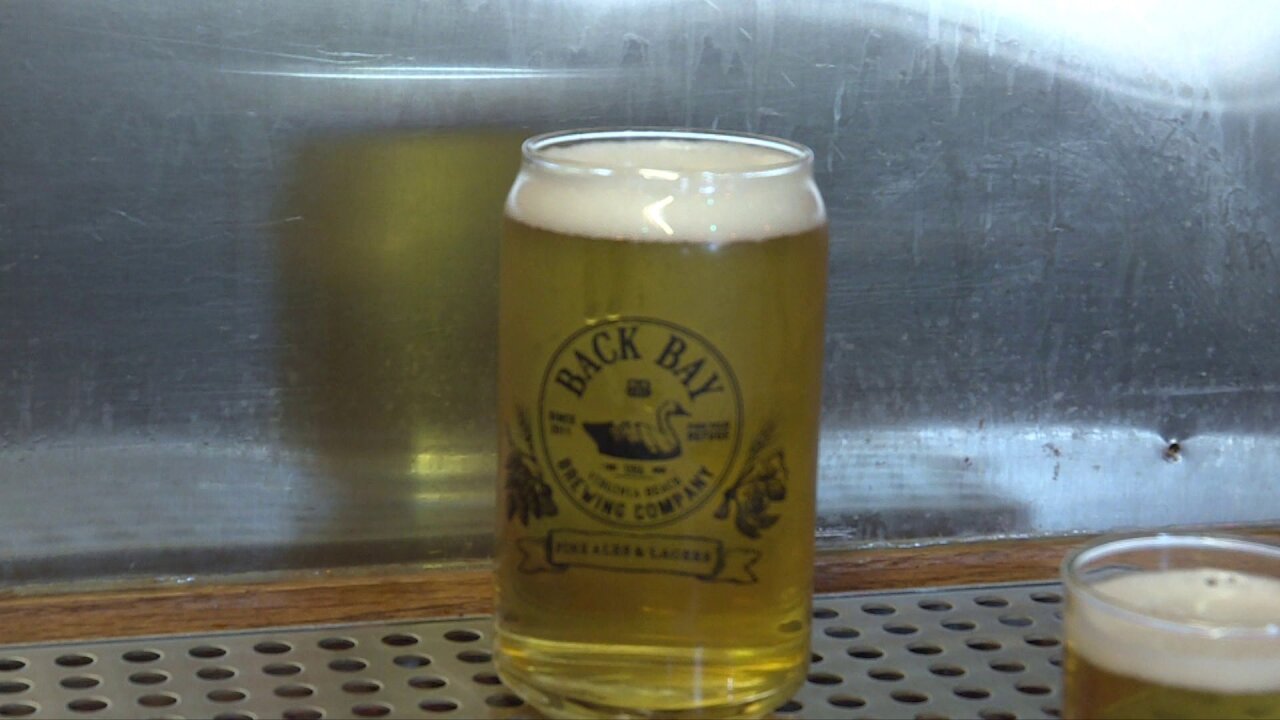 VIRGINIA BEACH, Va. - A beach brewery is hoping to help the community heal with its newest beer release.

Back Bay Brewing Company released their VB Strong Pilsner on Thursday. According to staff, the beer was originally going to be called something else, but after last Friday's shooting, the company decided to rename it in honor of the 12 people killed.

Every time someone orders the beer, the money from it will be given to the United Way Virginia Beach Tragedy fund. That money goes directly to the families of the people killed and the four injured.

"It's on the lighter spectrum of the beers. It’s a beer that is approachable to everyone. It's really delicious, it's clear, it's light, it's easy-drinking, and hopefully everyone likes it and it raises a lot of money," explained Travis Powell, Head Brewer at the Back Bay Oceanfront location.

For Powell, the beer release hits particularly close to home. This is the second mass shooting he has been a part of. The first he experienced was when he was a student at Virginia Tech.

"It's hard to think that within 12 years, I've been within a mile of 44 people killed. It’s not a good feeling," said Powell.

Since he understands the hurt the community is going through, he hopes the beer release can also be a way for people to heal.

"Just like with the Blacksburg community with Virginia Tech, the community here has just been incredible. They have been really really great. Just bringing everyone together and to show that we are all one and that everyone loves everyone. That is what is important."

Powell says they have made more than 30 barrels worth of beer. Each barrel holds 31 gallons. That amount is being split between Back Bay's two locations starting Thursday afternoon.

For more information about the VB Strong Pilsner release, visit the brewery's website.