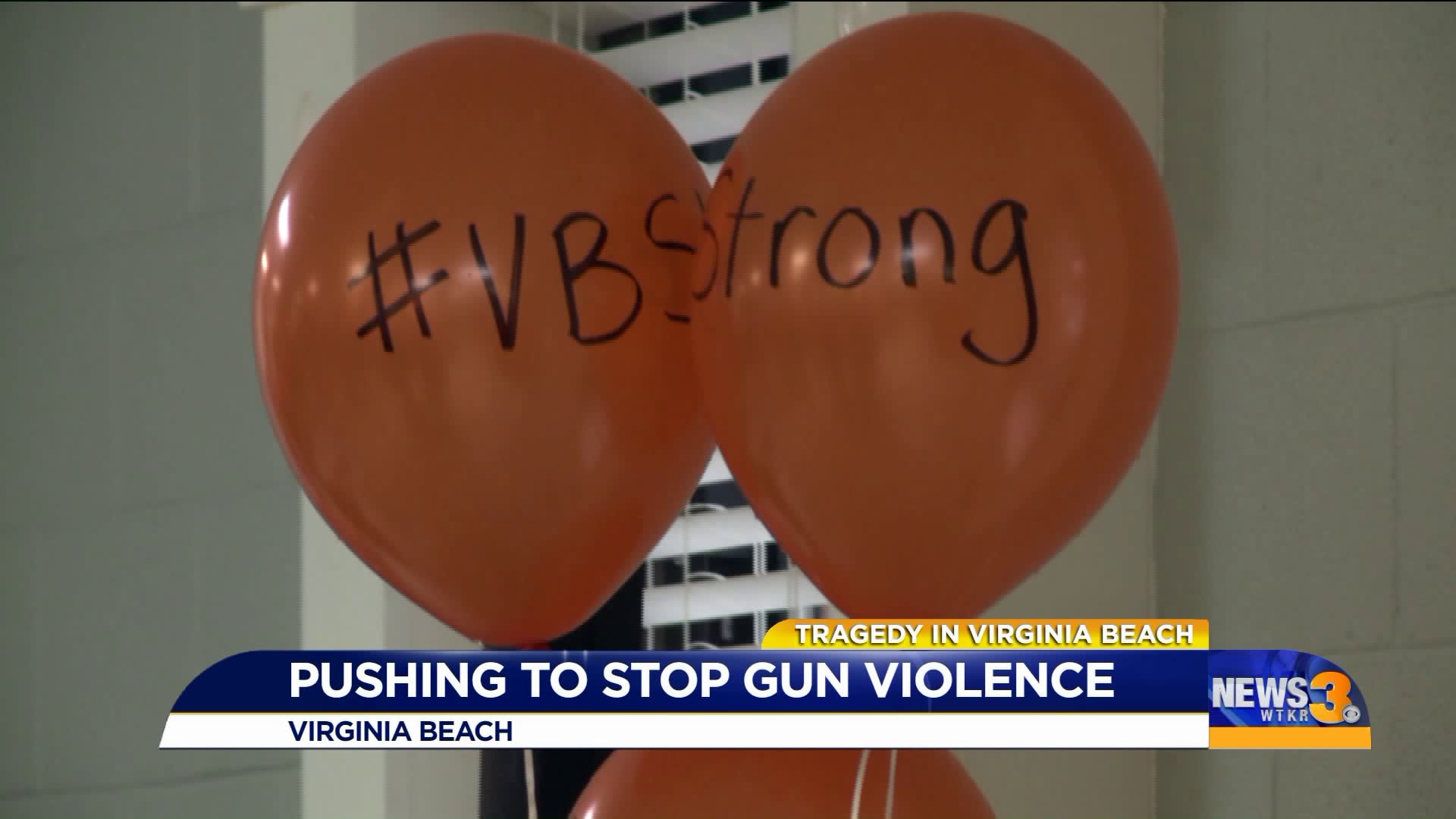 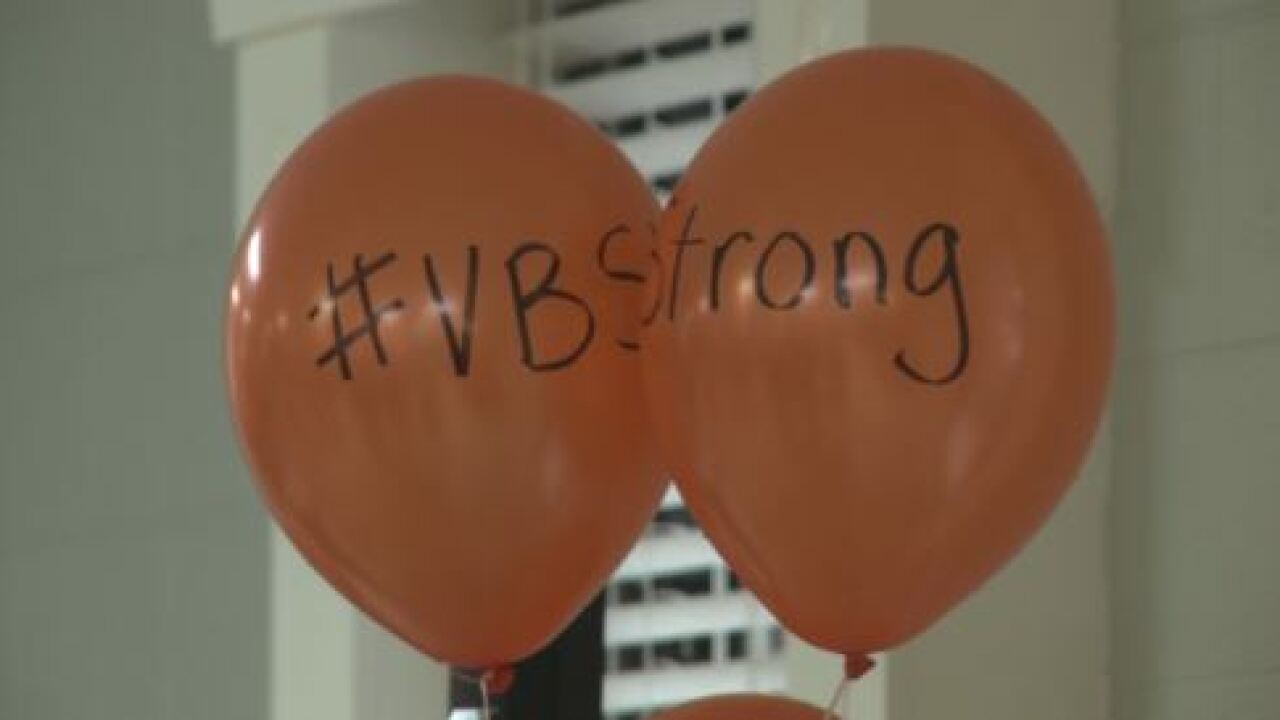 VIRGINIA BEACH, Va. - Students gathered at the water fountain at Town Center Friday to use their voices.

“One hundred Americans die every single day from gun violence, and if this works - if it saves a single person - then it's worth it,” said Jenna Swetland.

She’s a high school senior and member of Students Demand Action and March for Our Lives. Swetland and other students stood in the rain with their megaphones and posters demanding for legislation to keep everyone safe.

“I’ve watched how many mass shootings occur... how many of them were in schools? It’s too many to count, and there’s really not that much being done where there should be,” she adds.

They wear orange for two reasons: To honor Hadiyah Pendleton, a 15-year-old who was shot and killed in Chicago two weeks after performing at President Obama’s inauguration, and the fact it’s also a color worn in the woods.

“[It's] a color that hunters use to represent human life when they are out hunting to recognize, 'I’m a human, don’t shoot me,'" said Moms Demand Action leader Leigh Anne Woodside.

This group says they are fighting for change. “Universal background checks, protections for domestic abusers, combating the daily toll of gun violence within our communities, holding the gun industry accountable,” said Woodside.

Mayor Dyer says even after last week's tragic event, Virginia Beach is still one of the safest cities for its size.

“This is not just a Virginia Beach problem. This is not just a Commonwealth of Virginia problem; this is a national problem, and maybe we can start the discussion on a local level and also include the state and federal to come up with some common-sense approaches,” said Dyer.