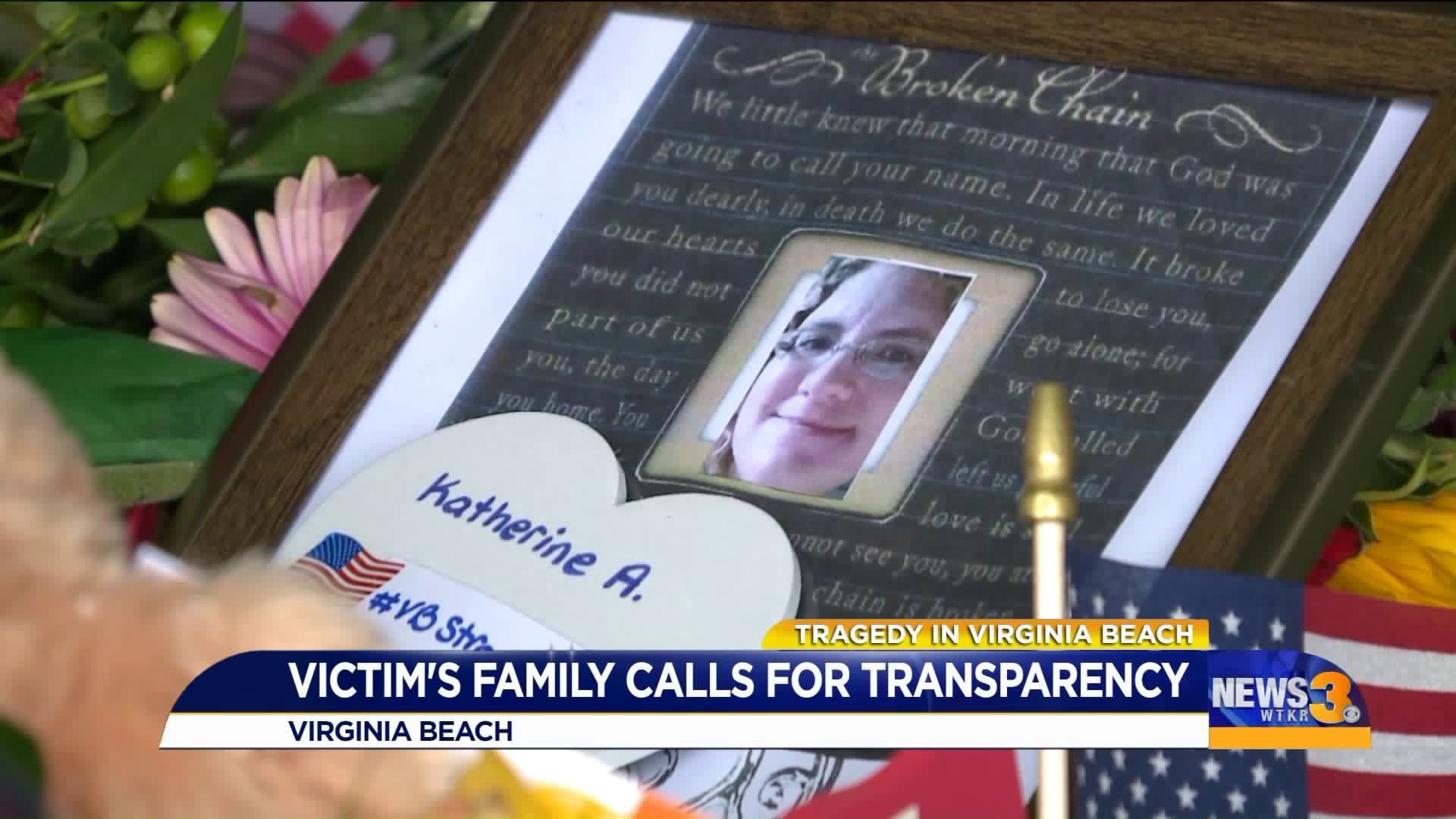 VIRGINIA BEACH, Va. - One week after his wife was killed, Jason Nixon and his three young daughters visit the ever-growing memorial site, where a cross that bears Katherine Nixon's name stands overflowing with offerings.

"She was a mother of three girls - ages 13, 6, and 1 - and in July she would have celebrated 20 years of marriage with her husband. It's just a huge loss," said Kevin Martingayle, the attorney who is now representing the Nixon family.

The motive behind her loss and the loss of 11 of her co-workers is still a mystery. Katherine spent 10 years as a utilities engineer inside Building 2 before she and her co-workers were gunned down on May 31.

"The city should relieve itself of the burden of trying to investigate this one," said Martingayle.

Martingayle wrote an email to Virginia Beach City Council on Monday asking for more transparency as to what happened inside the walls of the building last week. He hopes his asks help speed up healing and gain answers as to why.

"We want two things: The city can release all of the shooter's employee, personnel, complaints, behavioral issues and other records that may indicate there is some concern about the shooter," said Martingayle. "The second thing the city could do is request that the Attorney General's office or an outside law firm undertake an investigation, prepare a report and release the report in its entirety to describe all relevant events that preceded the shooting, during and after the shooting."

Martingayle said this is an unprecedented shooting that calls for an unparalleled response and compares it to the tragedy during the Charlottesville riots in 2017, which resulted in an investigation and report conducted from people outside the city itself.

Thus far, the City of Virginia Beach has only stated that the gunman turned in a letter of resignation hours before he killed his employees and that his work was satisfactory.

Martingayle told News 3 that he understands the release of the suspect's records is optional under the Freedom of Information Act but told us that the only person with privacy is the suspect, and he is deceased.

"This is about trying to get the truth, figure out what mistakes might have been made somewhere along the way before, during and after the whole thing and figure out what we can do going forward to make Virginia Beach and other communities better and safer," said Martingayle.