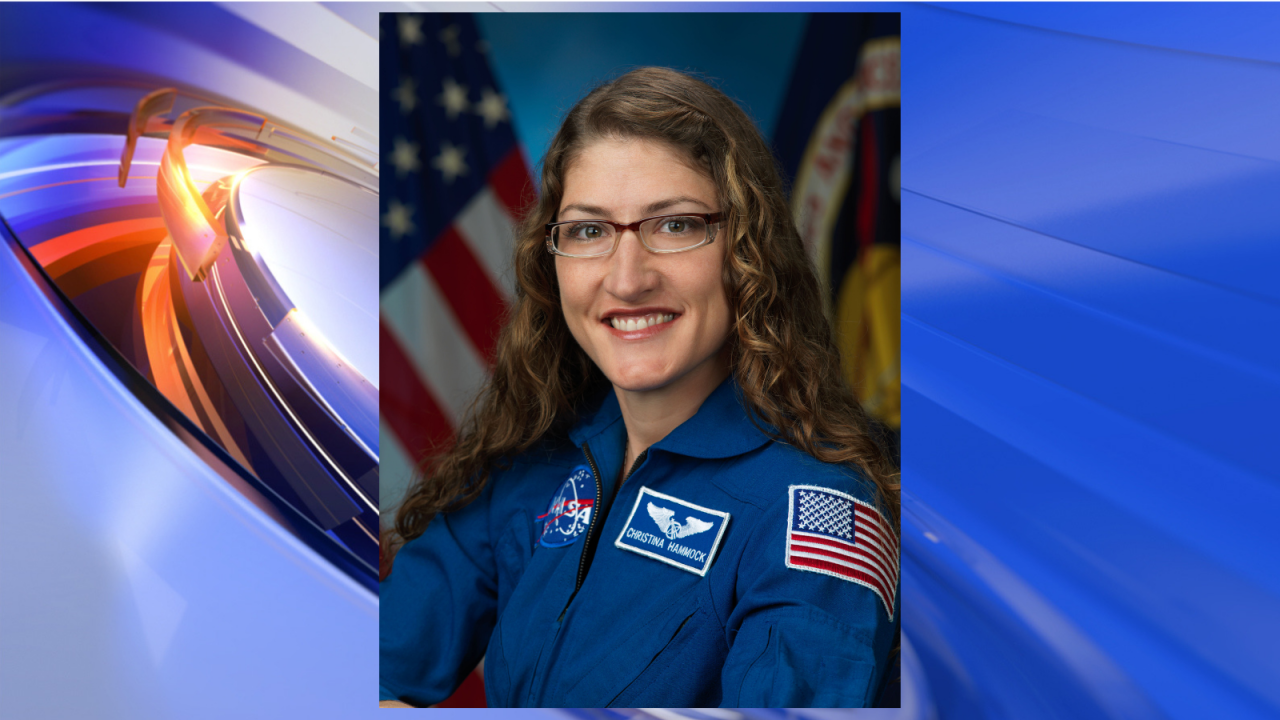 NORFOLK, Va. – How often will you get the chance to talk to an astronaut while she’s in space?

On August 9, the Slover Library in Norfolk will be the host site for a live downlink event from the International Space Station during a 20-minute time period when astronauts can communicate live with the people back on Earth by sending data through a set of satellites to antennas on the ground.

The connection will be made with NASA Astronaut Christina Koch between 12-2 p.m. as part of the ISS’s Expedition 60.

Approximately 200 young space enthusiasts will gather in the library’s 6th floor Community Engagement Room to ask Koch questions about what it’s like to live in space. Koch will be setting the record for the longest consecutive days a woman has been in space during this expedition, with a mission scheduled to last 328 days.

Born in Michigan, Koch grew up in Jacksonville, North Carolina. According to NASA, she graduated from North Carolina State University with a Bachelor of Science in Electrical Engineering and Physics and a Master of Science in Electrical Engineering. NASA selected Koch as an astronaut in 2013, and she completed astronaut candidate training in July 2015.

Students will also participate in a number of space-related, hands-on STEM activities.

Thanks to this NASA education program and its connection to the Space Science Institute’s STAR Library Network (STAR NET) and its NASA @ My Library program, the local kids at Slover Library and other Norfolk Public Libraries will be joined by children from libraries all over the country.

Slover Library was selected for this program because of its strong attachment to the Space Science community. The library previously hosted STAR NET’s Discover NASA exhibit and is currently partnered with Old Dominion University and the Virginia Space Grant Consortium to celebrate the 50th anniversary of the moon landing through the inter-generational contest “Voyages and Discoveries: Cross-Generational Reflections on the Significance of Space Exploration.”

Click here to learn more about Expedition 60 and its crew.