Norfolk man whose big tires were stolen off of SUV: ‘It’s a complete invasion of privacy’ 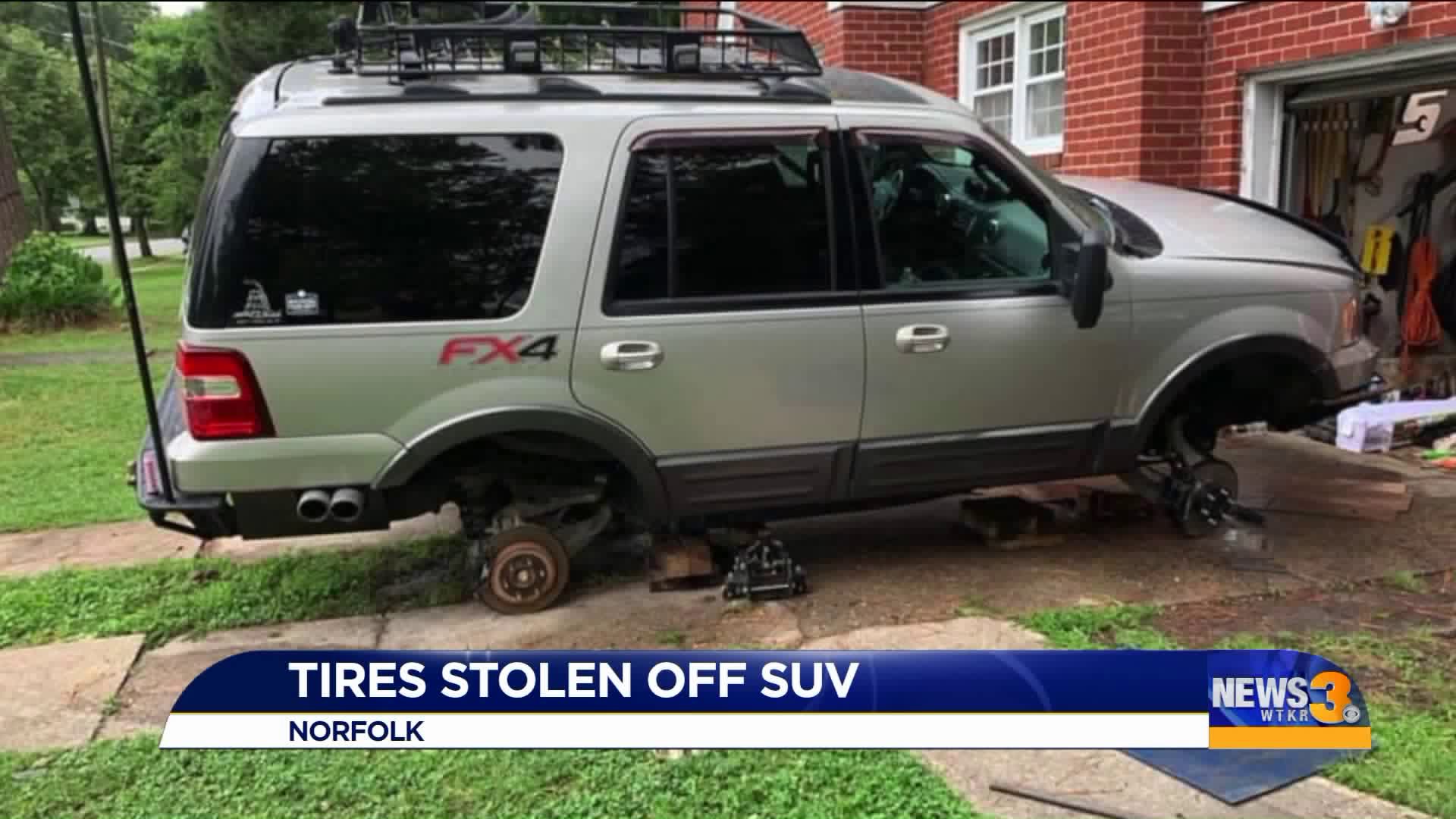 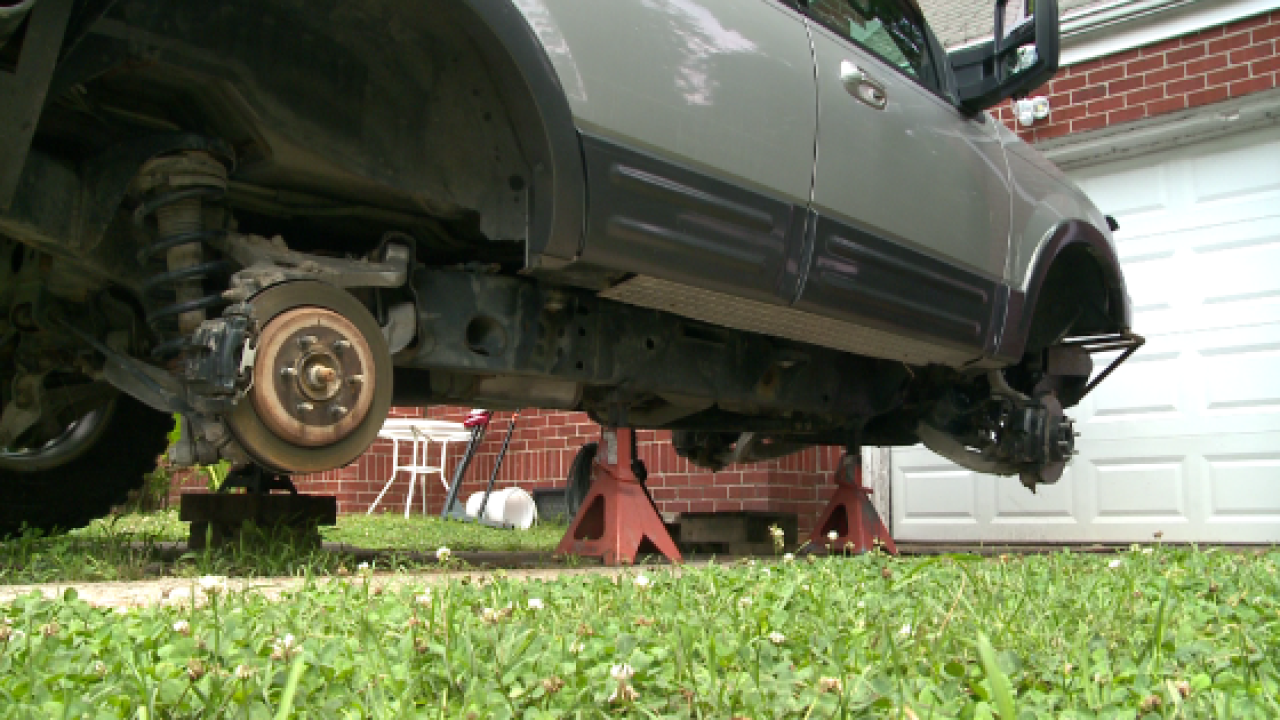 NORFOLK, Va. - Tony Berto woke up on Sunday morning to find three big tires stolen off of his Ford Expedition.

"The invasion of my privacy and theft of my property is really shocking," he said.

It all happened sometime early Sunday morning when Berto was sleeping at his house in the Tipperton Place neighborhood. He's spent thousands building up his SUV for the past few years. "This is my hobby - kind of an extension of myself," he said. "It hurt. It hurt bad."

He thinks the thieves got scared off before they could take the fourth tire. Now, he's just hoping someone will do the right thing and return them. "I want them back. I really just want them back," he said.

The tires weigh between 100 and 120 lbs., so he thinks more than one person had to be involved. He's filed a report with police and posted what happened on his Facebook page, where it's been shared hundreds of times. "It's kind of a sentimental thing," he said. "I worked hard for that and I want my property back."

Anyone who sees them around or has information is asked to call police.