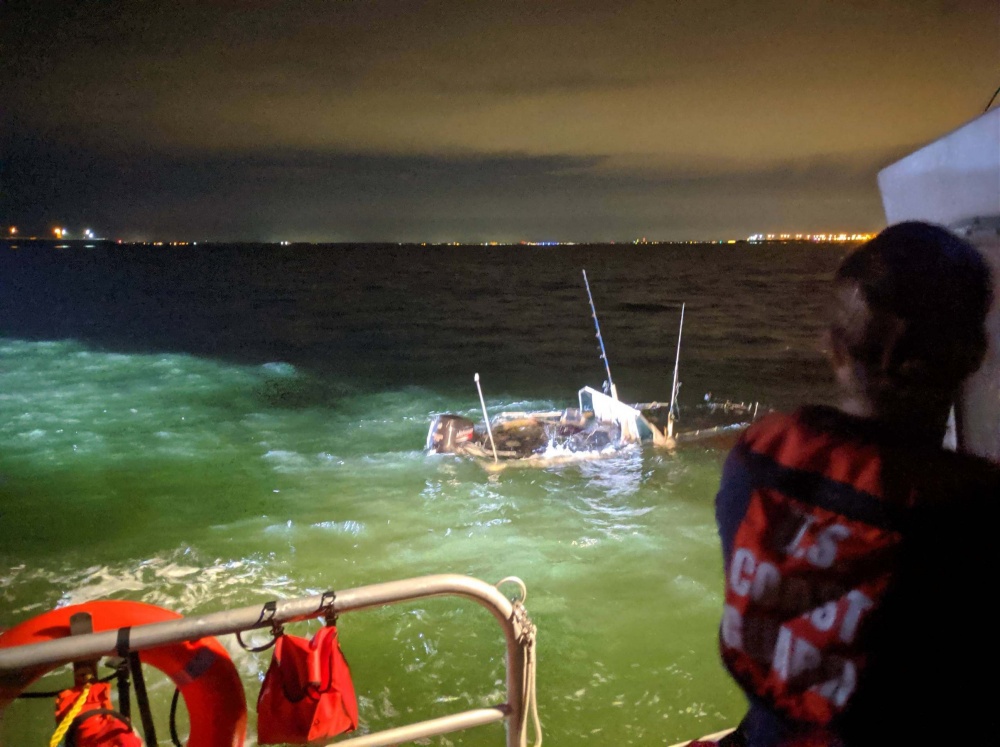 According to the Coast Guard, soldiers aboard the U.S. Army vessel New Orleans alerted watchstanders at Coast Guard Sector Hampton Roads that they had pulled two people from the water. The pair told soldiers that their 16-foot vessel sank after being swamped by weather four hours earlier.

“These people’s vessel sank so fast that they were unable to use their communication devices to call for help,” said Lt. Cdr. Trisha Jantzen, Sector Hampton Roads command center chief. “Thankfully, they were smart enough to already have their life jackets on, which is the number one way to increase your chances of survival in the water.

“Without the life jackets, these survivors may not have been able to stay afloat for the four hours they were in the water before they were rescued.”