POQUOSON, Va. -  Multiple fire departments and agencies responded to a fire at the Surf Rider restaurant in Poquoson overnight.

Witnesses saw flames pouring out of the restaurant at about 2 a.m. Wednesday.

"The closer I got, the more flames I saw," said Danielle Dunkum, who lives nearby. "I'm just glad no one was in there when it happened. That's a blessing."

All day long, neighbors and customers came to check out the damage. 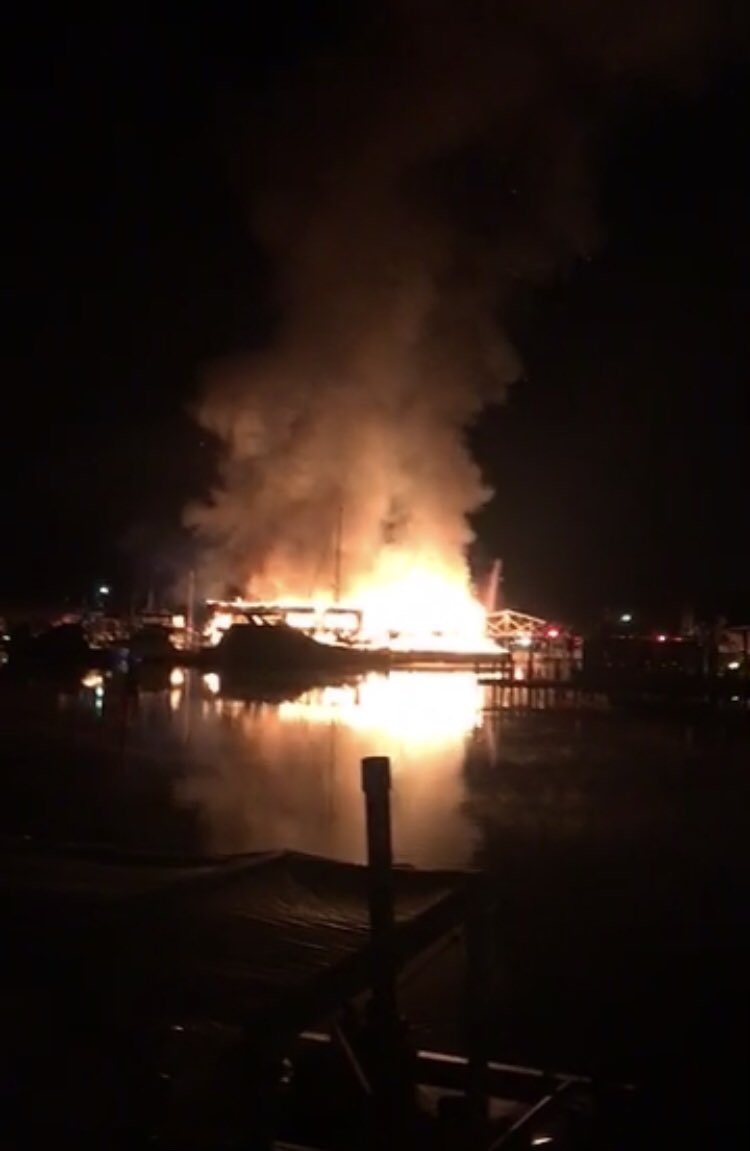 "It’s become a very important place to hang out and have fun, so it’s very sad," said Sabina Crawford. She and her husband, Bill, dock their boat at the Whitehouse Cove Marina where the restaurant is located.

The cause of the fire is not yet known, but the property owner said firefighters told him it was not suspicious. They are planning to rebuild.

The fire also damaged a nearby boat called the Linda Carol.

#BREAKING out of #Poquoson - This is as close to Surf Rider Restaurant officials are allowing us to stand. Multiple agencies are still on scene trying to get the fire under control. Witnesses say they heard a muffled pop and saw flames just after 2am. pic.twitter.com/1b1BZpBV1o

"It’s like having your best friend that’s burnt and needs to go to the burn unit," said Bill Mullis, the boat's owner. "Yeah, it hurt pretty bad."

The boat was built in 1931 but was recently restored. Mullis says he plans to fix it up again.

"It was shocking to me," he said of the fire.