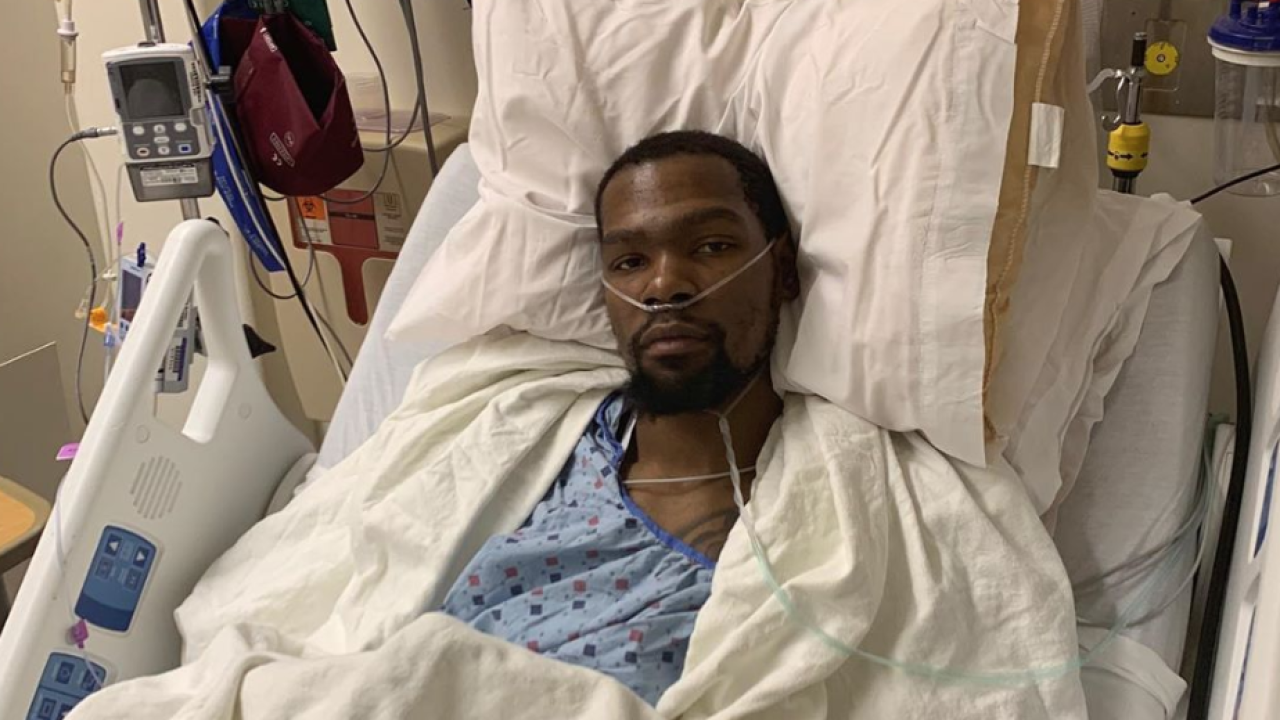 Kevin Durant confirmed Wednesday afternoon that he ruptured his Achilles.

“I’m hurting deeply, but I’m OK. Basketball is my biggest love and I wanted to be out there that night because that’s what I do. I wanted to help my teammates on our quest for the three peat.”

Kevin Durant #35 of the Golden State Warriors is carried off the court. (Photo by Claus Andersen/Getty Images)

The injury occurred during Monday night’s game against the Toronto Raptors. Durant exited the game in the second quarter with a non-contact injury.

While Durant is officially out for the remainder of the season, the Warriors still have a shot at the NBA championship.