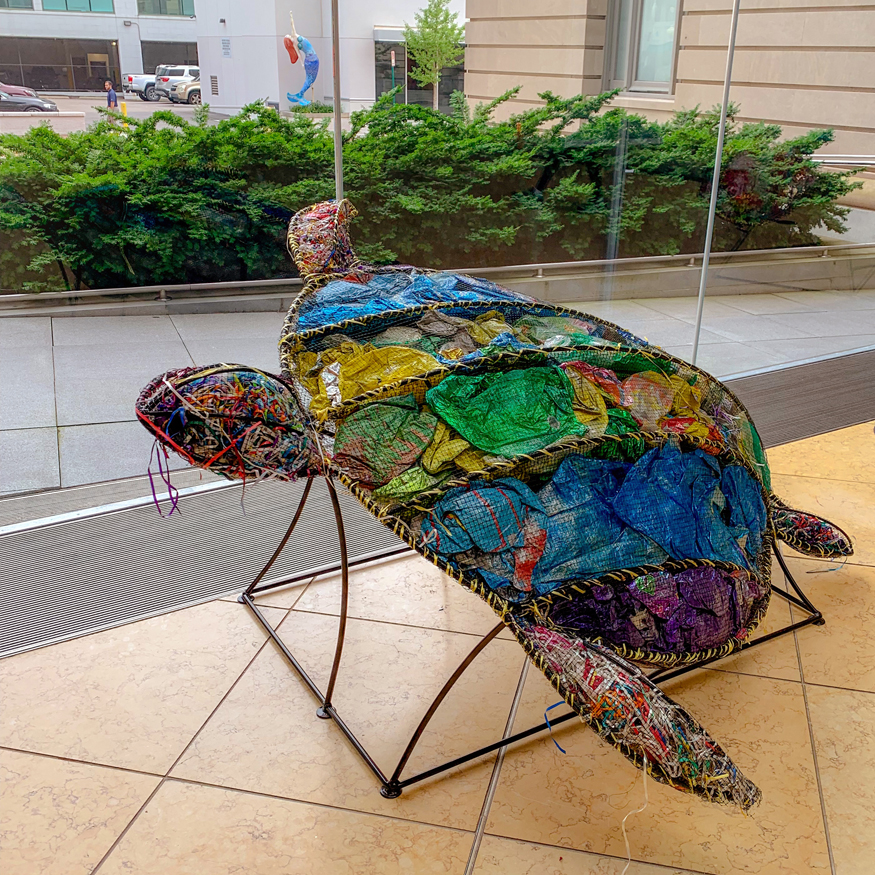 NORFOLK, Va. – Two sculptures made out of balloon debris pulled from Hampton Roads’ waterways are now on display at Norfolk’s Slover Library.

Trapani and O’Hara say balloon releases are a popular form of celebration and remembrance — but they can have deadly effects on wildlife.

“People just don’t think about released balloons being litter. It’s evident when you see mass balloon releases at weddings, funerals, sports, games, and other events. But all balloons return to earth and can be very damaging to our wildlife, especially sea turtles and shorebirds,” Trapani said. “We want to make people think twice about releasing a balloon.”

Related: ‘We only have one planet’ After finding dead bird, local woman raising awareness about releasing balloons

The two sculptures, a sea turtle and a monarch butterfly, took nine months to build.

Students at The College and Career Academy at Pruden welded the frames for the sculptures, and volunteers sorted the 11,441 items recovered during Trapani and O’Hara’s surveys for workable materials.

Suffolk teachers and students then filled the sculptures with balloons, and used pieces of washed-up clam netting found on the beaches to form the skin holding the balloons in place.

The sculptures will remain at the library through July.