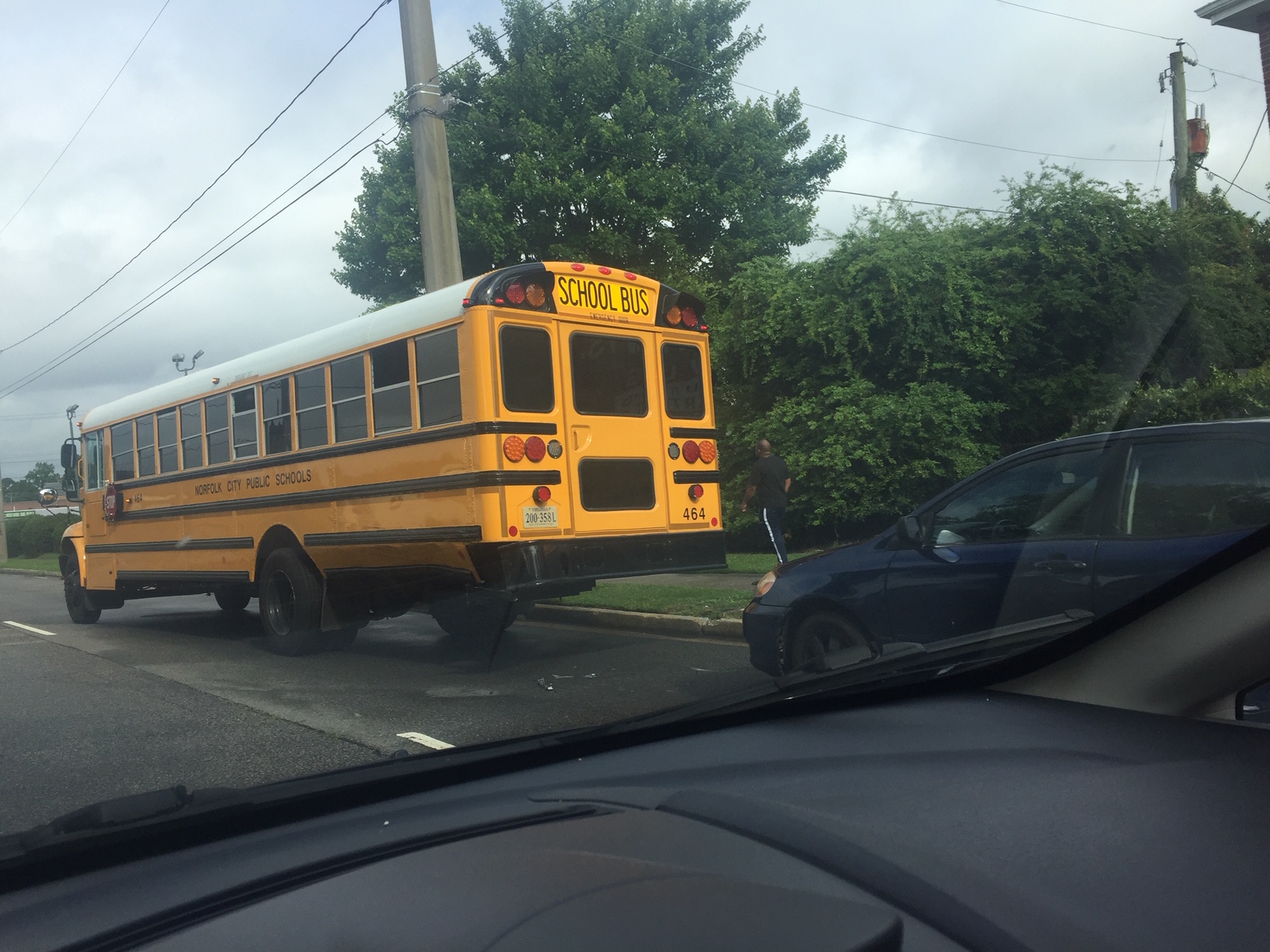 NORFOLK, Va. – A teen was charged after crashing into a school bus on Thursday.

Around 8 a.m., police responded to a crash involving a school bus near Five Points on Norview Avenue.

There were kids on the school bus but no injuries were reported.

The vehicle was traveling eastbound on Norview Avenue when the driver lost control of his vehicle, crossed over the center median, and struck the rear of the school bus and two vehicles that were behind the school bus, reports say.

The 17-year-old driver of the vehicle was charged with Fail to Maintain Control of Vehicle.