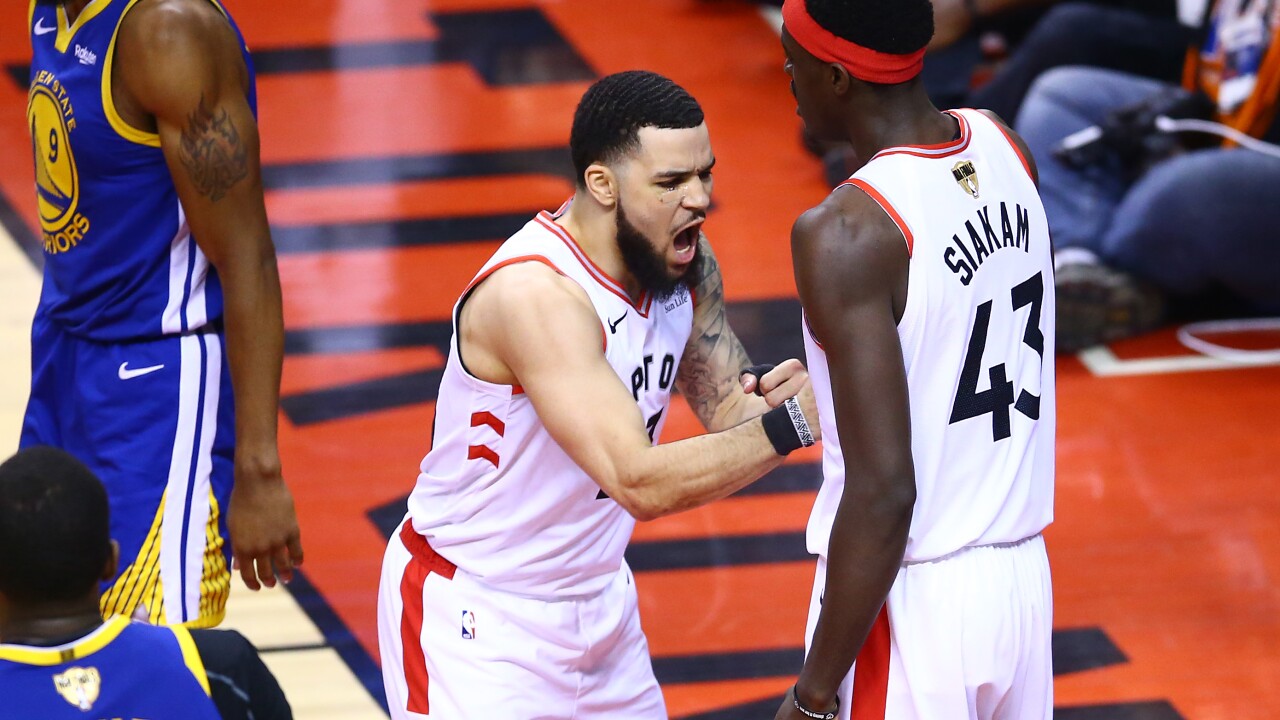 Thursday, the Toronto Raptors defeated the two-time defending champion Golden State Warriors in game six of the NBA Finals to win the series, four games to two. It’s the first NBA title in Raptors franchise history and the first for a team from Canada.

Klay Thompson caught fire in the third quarter, but left the game for good when he buckled his knee on a dunk attempt after being fouled by Danny Green.

Paskal Siakam and Kyle Lowry chipped in 26 points apiece for the Raptors.

The @Raptors are the 2019 NBA Champions! #WeTheNorth pic.twitter.com/nooya0x6Db