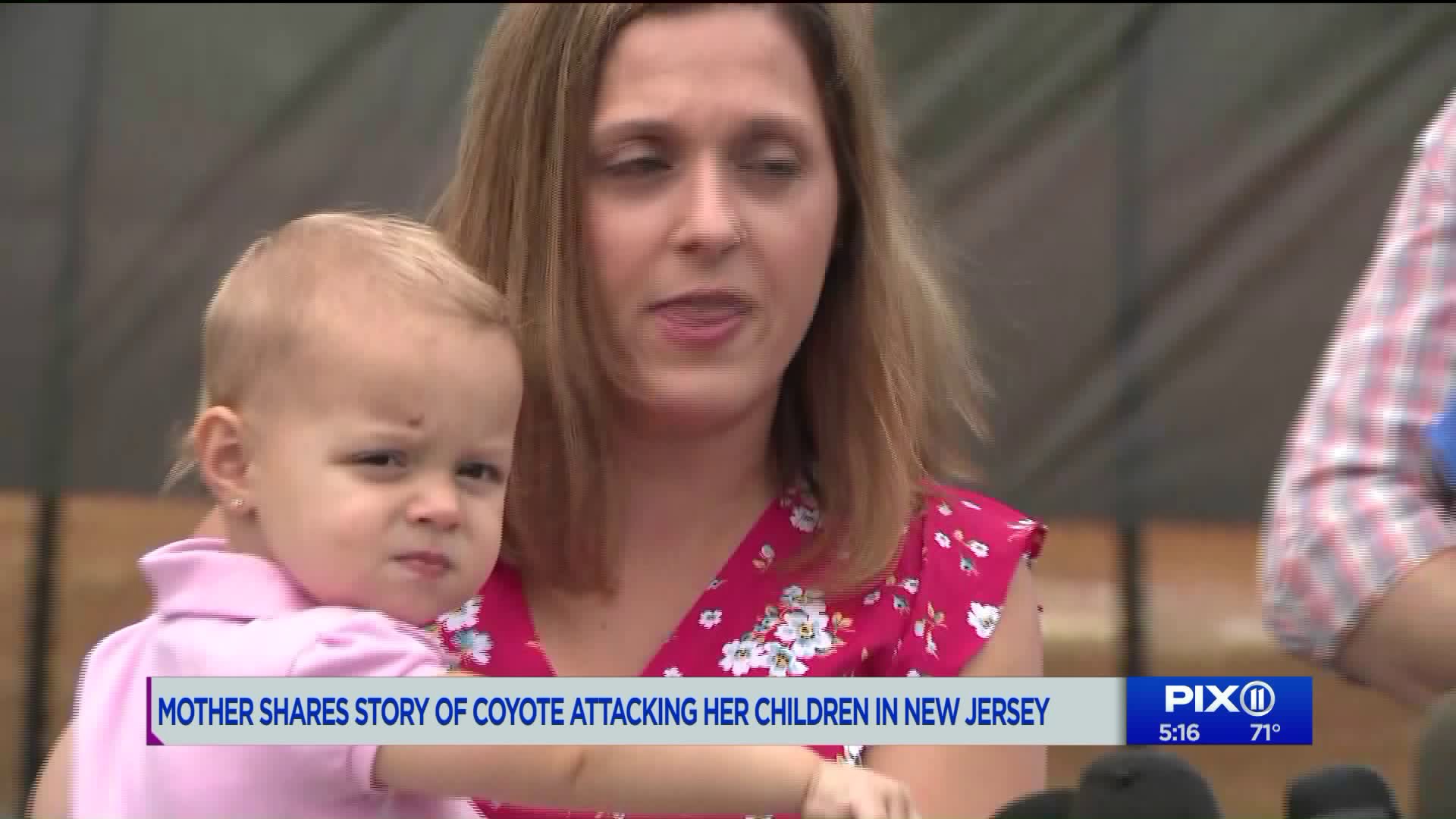 A New Jersey mom and her two toddlers were walking in a park Thursday when suddenly they were attacked by a coyote.

FAIRFIELD, N.J. — A New Jersey mom and her two toddlers were walking in a park Thursday when  they were attacked by a coyote.

They were strolling through the Hollywood Avenue Park when another park visitor shouted that a coyote was following them.

Fairfield Police Chief Anthony Manna said the coyote was described as “stalking” the woman as she pushed a double stroller at the recreation area along Hollywood Avenue. The coyote bit the woman and one child, and the stroller was knocked over, leaving them with minor injuries. They were evaluated at a local hospital.

The walk is routine for the mother and her children. It wears out her energetic kids. But this time it was anything but routine.

"I turn around, I first started walking, thinking it may run past me," said Tatiana, who asked to be identified by her first name only. "Then, when I turned around with the double stroller, it bit me."

She saw the coyote jump on top of her 3-year-old son and bite him; it didn't harm her 18-month-old daughter.

The mother and son were both bitten and each have gotten rabies shots, but it could've been much worse.

"My motherly instinct kicked in," she said.

Shortly after the ordeal, Fairfield police killed an aggressive coyote nearby, but they're not able to say whether it was the same coyote. There are at least two other coyotes in the area, and officials are warning the community to take precaution.

An orange fence has blocked off a portion of the park. Police are doing it temporarily, but long-term, they're looking to put up signs and even a panic button to help warn others.