PORTSMOUTH, Va. — The apartment house on Carver Circle is officially condemned. Residents not able to save much are emotional to have lost just about everything in the fire. But, residents say they are grateful they are here and still alive.

“I really want to get back in there. I left my mother’s ashes inside and I just want to make sure they’re OK. That’s the last thing I have of her," cries Kimberly Gerhart.

Residents with little hope and in despair tried to grab any meaningful items they could that survived the fire — which broke out just before 4 a.m. Monday morning at a three-unit apartment house.

Robert Gaskins Sr., one of the people living inside, is now recovering from blisters on the back of his head. He got them while crawling out of the unit on fire after his son woke him up.

“I was laying there asleep and all of a sudden, I heard my son holler, ‘Get up, get up. The house is on fire.' I use a sleeping machine and had to come out of that and went past his room and blazes were just coming out," says Gaskins.

Scorched on the head, not knowing if he was on fire or not, Robert Gaskins was able to make a desperate escape on his hands and knees.

Hours after the fire, Gaskins — an ex-Marine — surprisingly in high spirits was able to save his gun, sword and important military documents sealed up in a charred briefcase.

One other item he and his family were able to salvage: his son's car keys — still working. Everything else was gone and burned.

“The fire started in my brother’s room. They don’t know if it was electrical or anything because it was at the foot of his bed. He rushed out and got my dad and everybody out. The fire marshal did tell us that what saved my dad was that his room door was closed," says Shavonia Powe, daughter of Robert Gaskins.

A Father's Day gift Gaskins will never forget — his son saving his life by knocking on his bedroom door.

“If I would have still been laying there asleep with that machine on my face and mask on my face – that’s probably how they would have found me," says Gaskins.

Gaskins was the only one treated for his injuries at the scene. The Red Cross is helping seven of the nine people impacted by the fire. 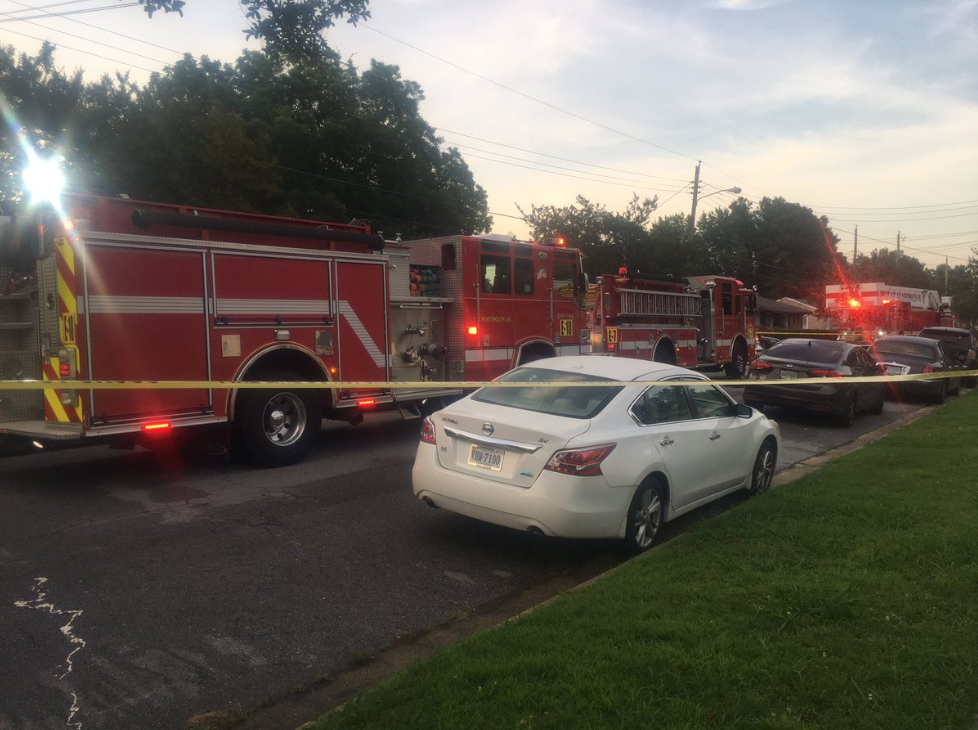