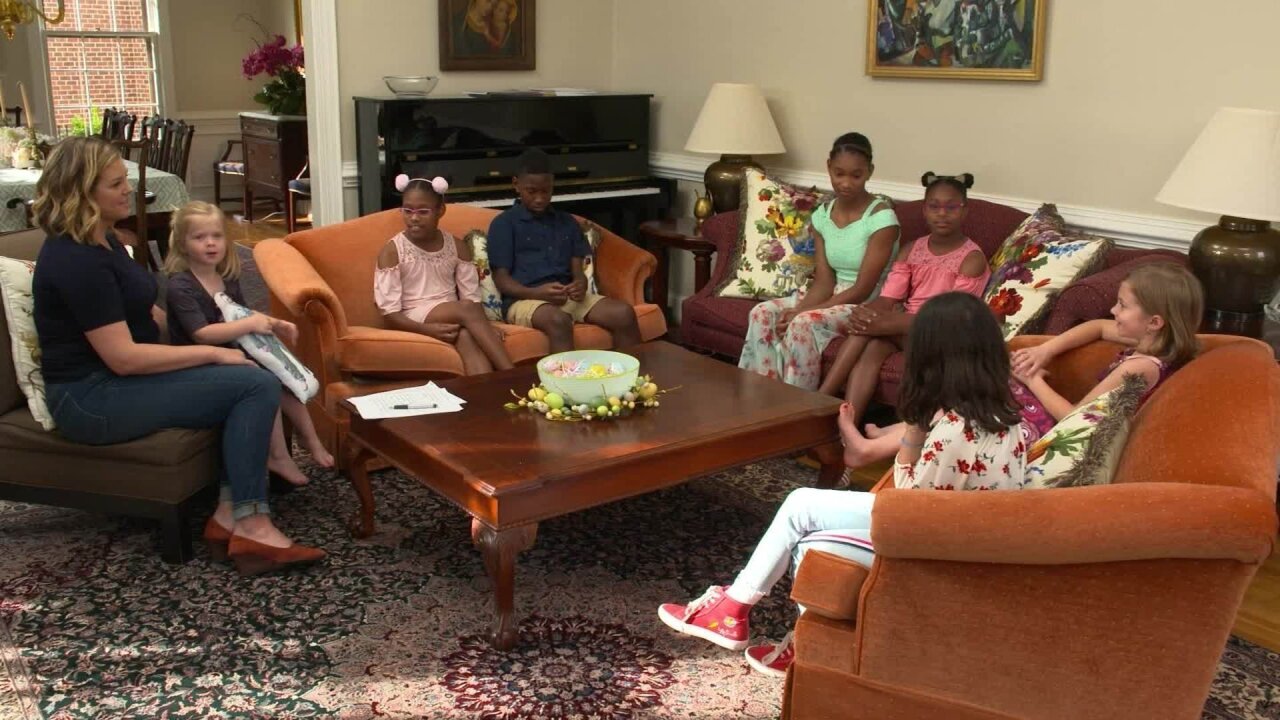 Almost two weeks ago I packed up a Father’s Day gift for my husband, Fernando, an Army Special Forces officer. I sent it to an Army Post Office, which will send overseas to him an embarrassing number of bags of Flamin’ Hot Cheetos, as well as some gifts adorned with pictures of our kids, a cute Father’s Day card from them and a silly one from me.

I suspect I didn’t send it early enough for it to arrive by the actual holiday, but I know he’ll forgive me. Something has to give during a deployment and for me it’s often punctuality.

This Father’s Day Fernando will celebrate by FaceTiming with his boys while wishing he could cuddle them, go out to breakfast as a family and let us spoil him properly. Our kids, on the other hand, are young enough they won’t be too bothered that they only get to see their dad on a screen.

To be sure, they miss him. I see it when both Teddy, 3, and Antonio, 1, gravitate toward my husband’s guy friends or my friends’ husbands when we visit with them.

The final step of Teddy’s bedtime routine is saying good night to everyone he loves while snuggled under his blanket in bed, a practice he adopted after reading the children’s book, “Goodnight, Moon.” The last thing he says before he goes to sleep is “Goodnight, Daddy.”

He doesn’t understand what the army is or why his father is away. “Daddy is working,” he says to explain his father’s physical absence, and he’s rarely phased by it as long as he can talk with him frequently and watch videos of him on Marco Polo, an app that allows him to re-watch little messages from his dad.

Antonio also loves seeing his dad’s face and hearing his voice, crawling to my phone whenever he calls. This past month he learned how to say “dada,” which made Fernando particularly happy (even though, as I teased my husband, he first said up, agua and mama — in that order.)

Thousands of children away from dad on Father’s Day

There are thousands of children like ours across the country or stationed overseas who won’t be spending this day in person with their dads, if they get to talk to him at all, because he’s underway at sea or in a combat zone or away for training.

This is the hardest part of military family life — being away from each other.

According to the most recent Blue Star Families Annual Military Family Lifestyle Survey, time away from family was the top challenge for military families. 51% of active duty spouse respondents and 52% of active duty service members ranked it as their top issue.

To honor military dads who are away from their families I spoke with seven kids from three families about what it means to have a parent in the military and for dad to be deployed on Father’s Day. Their answers reveal their resilience and what they’re looking forward to the most when their dads return: his hugs.

“What I like about my dad being in the military is when he’s done with a certain place my dad finds a new job at another state and we have to move,” Leah Beatty, who is 7, tells me, as we gather in Alexandria, Virginia.

“I was born in Alaska,” says Lyric Drumgoole, 14. “Then we moved to Georgia. Arizona. California. Washington State. Then here.”

“I’ve moved from Texas to Florida to Alabama and to here. 4 times,” counts Jenny Maldonado, who just turned 8.

I ask them to describe their dads’ jobs.

“He’s in the Air Force,” Leah adds, “so he flies a certain kind of plane, and every time we move he gets a new job for flying.”

From there, the conversation takes a funny turn. Being a military brat, it turns out, has unexpected perks.

“[My dad] said he can’t grow a beard in the military,” Jansen’s brother, King, a triplet, explains. “So when he’s out of the military he’ll grow it. But I don’t want him to grow it.”

“So one of the pluses of having your dad in the military is that he doesn’t grow a beard?” I ask.

Almost all of the kids agree emphatically.

“What’s hard about having a dad in the military?” I ask them.

“Sometimes at promotion [ceremonies] we always have to say hi to everybody everywhere in the promotion and I’m like, ‘Can we go eat cake now?'” Jenny laments.

“I had a best friend for 3 years. We were having such a good time. We had the best teacher. The best year. And then I had to move,” says Lyric, touching upon the part of military life that gets harder as kids get older.

“It’s very difficult to make new friends all the time!”

“I’m kind of happy and sad,” says Leah. “Happy to make new friends and sad for leaving my old school and missing out on special things that my teacher always does.”

Kate is holding a small pillow with a picture of her dad, in full uniform, on it.

“Tell me about your daddy. Is Daddy this big or is he a little bigger?” I ask her.

“He’s this big,” she says, smiling wide and holding her hands as far apart as she can, indicating that he is approximately two feet tall.

“We got [the daddy pillow] for the first deployment of my life. When I’m missing him I go find the pillow and keep it with me for a couple minutes until I feel better,” Leah tells me.

Leah’s dad is on his fifth deployment but the second since she was born.

I ask what it’s like to have their dads return from a deployment.

“He looks excited, and he’s just going to squeeze us so tight that it feels like our heart is going to explode,” King says.

“It’s very emotional because you haven’t seen him in a long time,” adds his sister, Jansen.

I ask them if there’s anything they want to say to their fathers.

“I would say to my dad, ‘Have a safe trip coming back home. I love you. I’ll see you when you get back,'” says Leah.

“I would say I miss you and I love you and stay safe,” says Journey Drumgoole, 11.

“I would say that I miss him,” says her older sister, Lyric, seizing the moment to make her dad realize she’s serious about his plan to grow his beard out while he’s on leave. “He doesn’t really have one yet so I hope he doesn’t change too much.”

“When I give him a kiss on the cheek, I feel like his cheeks are like a porcupine,” says Jenny, grimacing. “I just feel like my mouth got a lip full of porcupine needles.”

“That’s why I don’t want him to grow it!,” exclaims Lyric.

“I want him to grow it long so I can braid it,” says Journey, ribbing her sister.

“I would say I love you very, very much and that have a safe trip,” Jansen adds.

“Have good luck on everything you’re doing,” Jenny tells her father. “When he comes back I’ll just jump on him and almost grab him. And he grabs me tight. So I would say, ‘Daddy, you grab me tight.’ It takes it all out of my lungs!,” Jenny says, a huge smile on her face.