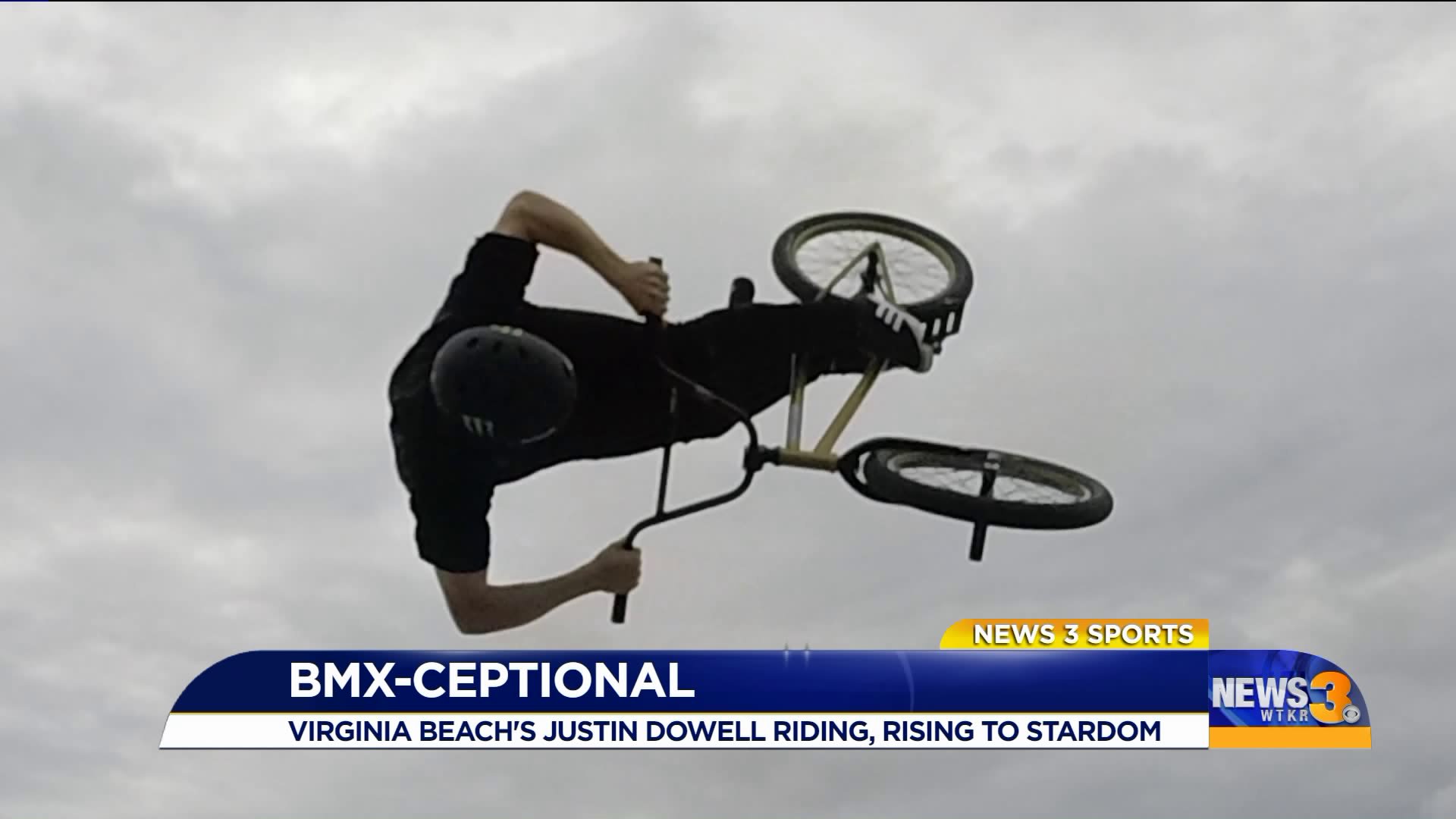 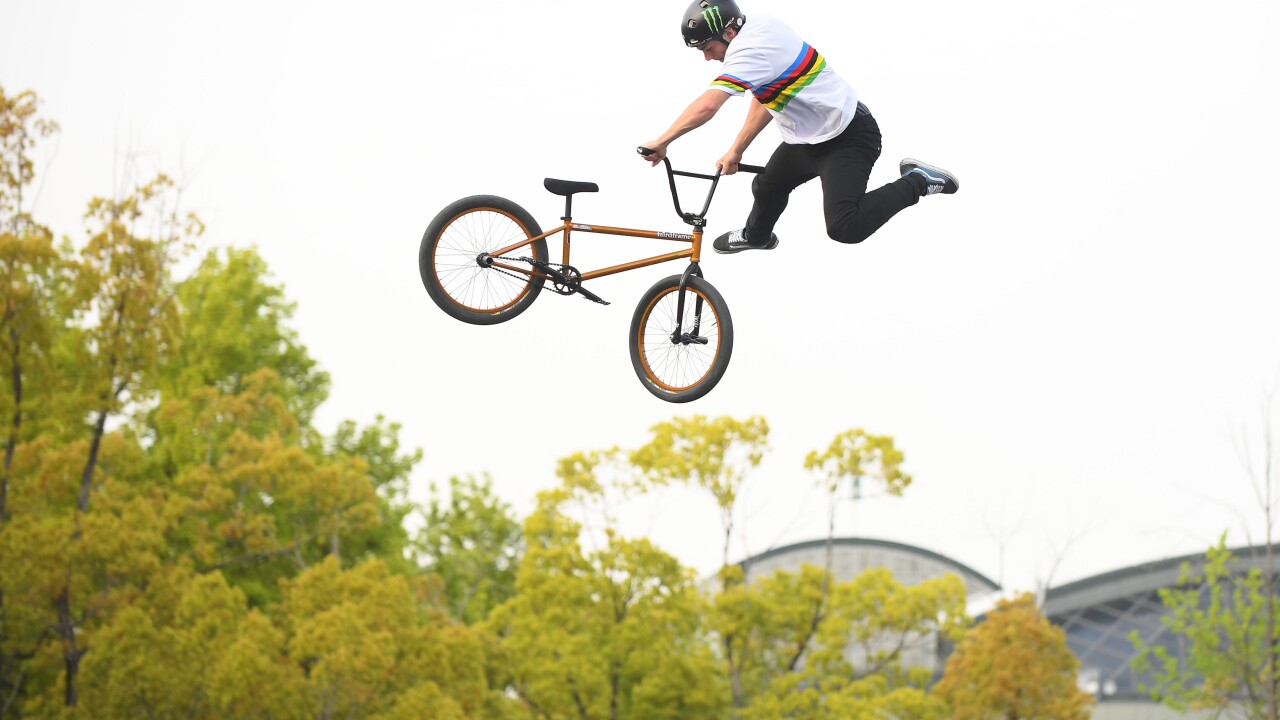 "I came here every day from the time I was four years-old," Dowell recalled.

But these days, Dowell doesn't ride his bike at the new skate park in his hometown all that much - he's just not here enough. Justin's not around Virginia Beach, because he's around the world.

"I've been out of the country 12 of the last 14 months," Dowell explained.

Justin, who attended Princess Anne High School, is not only the reigning BMX Freestyle World Champion - he's currently ranked number one in the world at just 19 years-old.

"I truly feel like everyone has something they`re really good at," Dowell said. "I was lucky to find mine at an early age."

In BMX Freestyle, competitors have 60 seconds to impress the judges with their routine - one that features style and tricks. Justin calls his sport an art, comparing it to figure skating. And with spokes, not spikes, he has his sights set on 2020.

Next year, for the first time ever, BMX Freestyle will be part of the summer Olympics.

In August, Justin will ride for Team USA in the Pan American Games. Then next year, in May, he will learn if he`ll represent the United States in Tokyo at the 2020 Olympic Games.

"I love this city," Dowell proclaimed. "I'll always live here - this is my home. To potentially be part of the first group of BMXers in the Olympics would be a great accomplishment."

That short bike ride to and from Mount Trashmore Park is taking Justin Dowell on a trip around the globe - and potentially onto the world's biggest sporting stage.