Suffolk officer responds to shooting, gets loaded gun from men wrestling for it 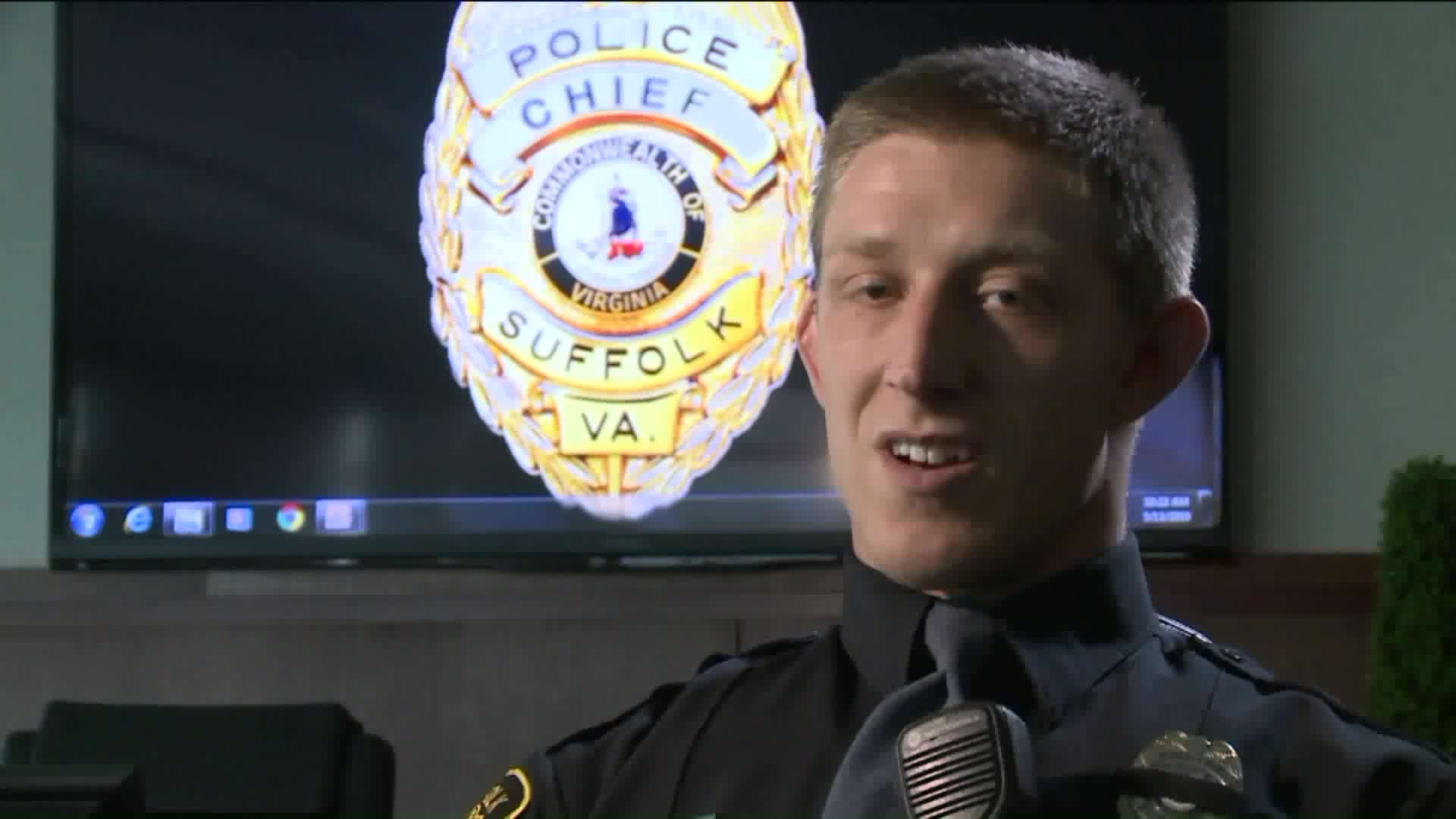 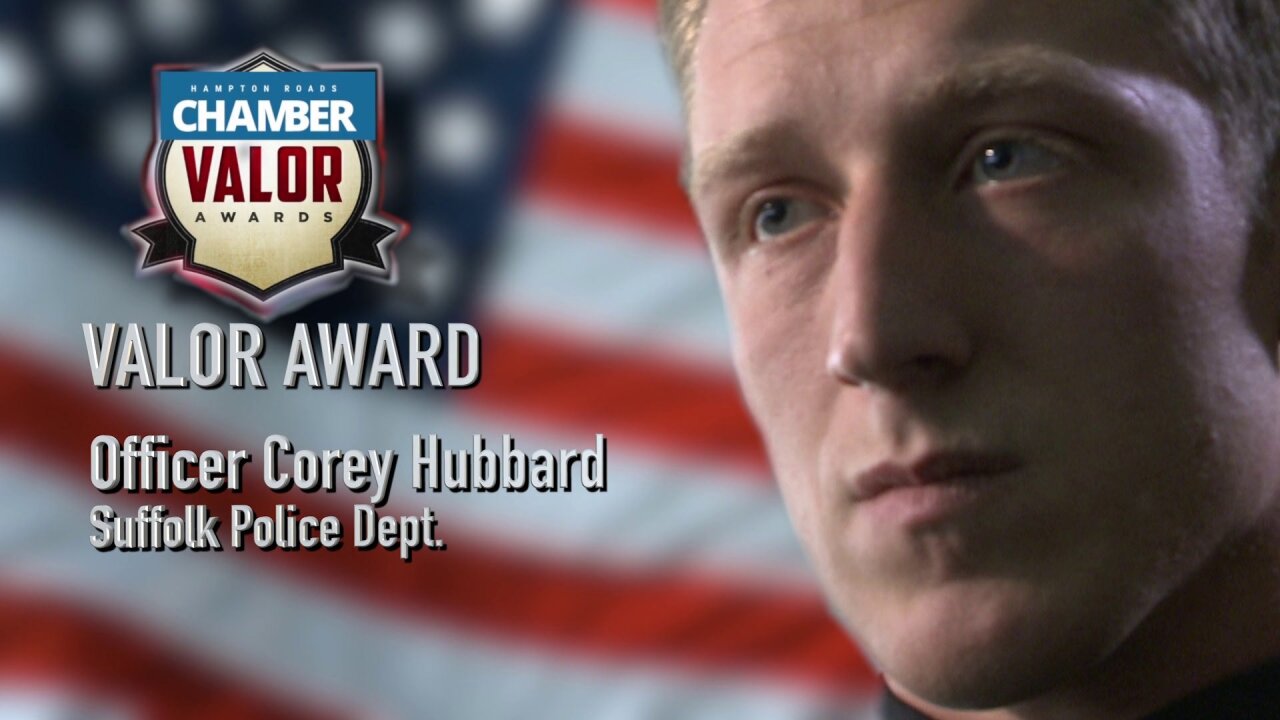 SUFFOLK, Va. - Thousands of men and women in uniform put their lives on the line every day when they go to work here in Hampton Roads.

We continue a series dedicated to the first responders who went above and beyond the call of duty this year. The Valor Awards are presented by the Hampton Roads Chamber. News 3 is honored to partner again and showcase incredible feats of bravery.

On December 5, 2018, Suffolk Police Officer Corey Hubbard answered a call for a shooting. He arrived to find hysterical family members, two men wrestling for a loaded gun and one person already shot. He sprang into action and saved everyone.

Here is Officer Corey Hubbard's a account from the night. He said, “On December 5, we were dispatched to the 200 block of Columbus Avenue in regards to an individual with a gun. When I entered the house, I saw the individual that I believe to be the shooter kneeling over top of the alleged victim.

"The victim had his hands above his head, the shooter had one hand also above his head, and he wouldn’t show me that right hand. He’d only show me his left hand; I looked down and saw both of them had actual hands on the weapon.

"Neither one of them would let go, so I holstered my weapon and kind of jumped on top of them. So he couldn’t move from underneath me. I grabbed the gun from both of their hands then I just threw the gun behind me.

"I was able to pull the shooter off of the victim and put him in handcuffs. While I was holding him down, I placed a tourniquet on the victim when I noticed he had a gunshot wound to his upper thigh.”

Along with getting the gun, taking it apart, handcuffing the gunman and rendering aid to the victim, Officer Hubbard managed to get all of the hysterical family members out of the house into the front yard without anyone else getting hurt.

“Believe it or not, I don’t ever get scared until afterward. I guess there’s not much time; you just kind of do what needs to be done. I don’t think about how dangerous something was up until afterwards, and that’s when it kind of gets to you a bit," Officer Hubbard said.