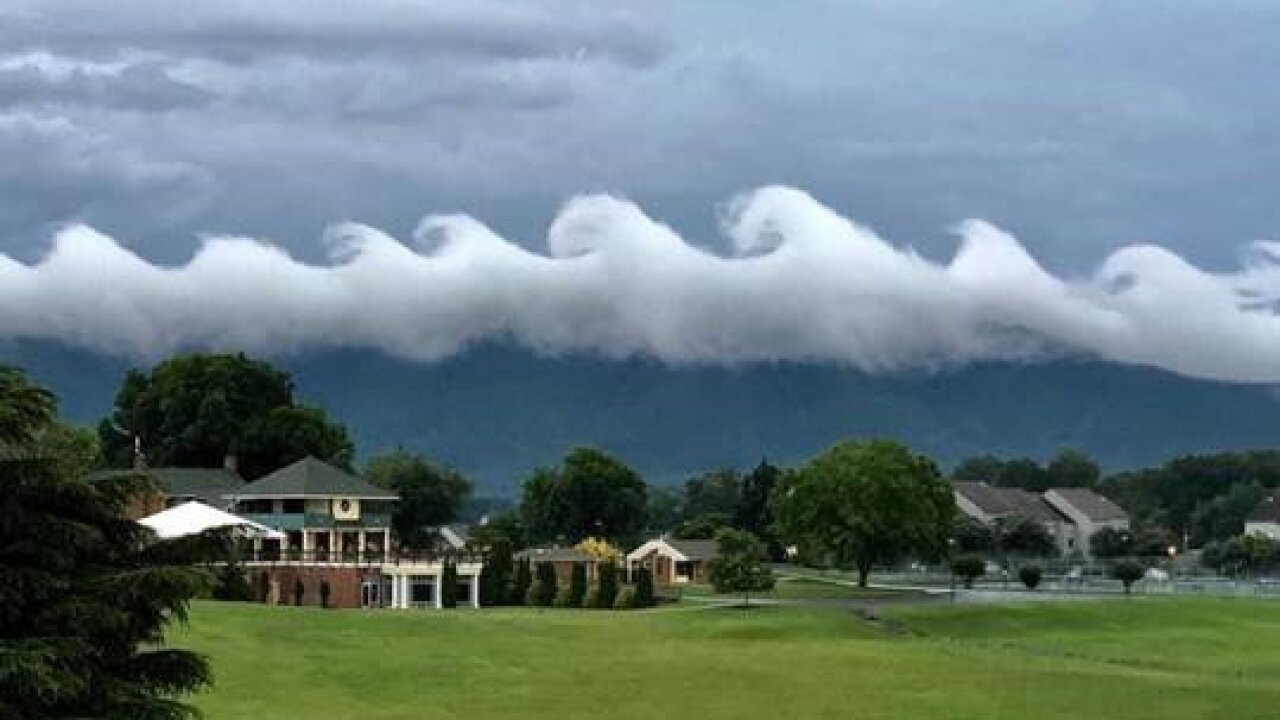 The photo shared on social media captured clouds that look like ocean waves in the sky. These clouds rarely form on windy and unstable days, but when conditions are just right, the natural phenomenon, known as Kelvin-Helmholtz Waves, occurs.

The National Weather Service defines it as “vertical waves in the air associated with wind shear across statically-stable regions.”

“They can appear as breaking waves and as braided patterns in radar images and cloud photos,” the NWS says.

In other words, different layers of the atmosphere have differing wind speeds, creating the appearance of rolling waves. If the temperature and humidity are just right, it can produce these striking clouds.