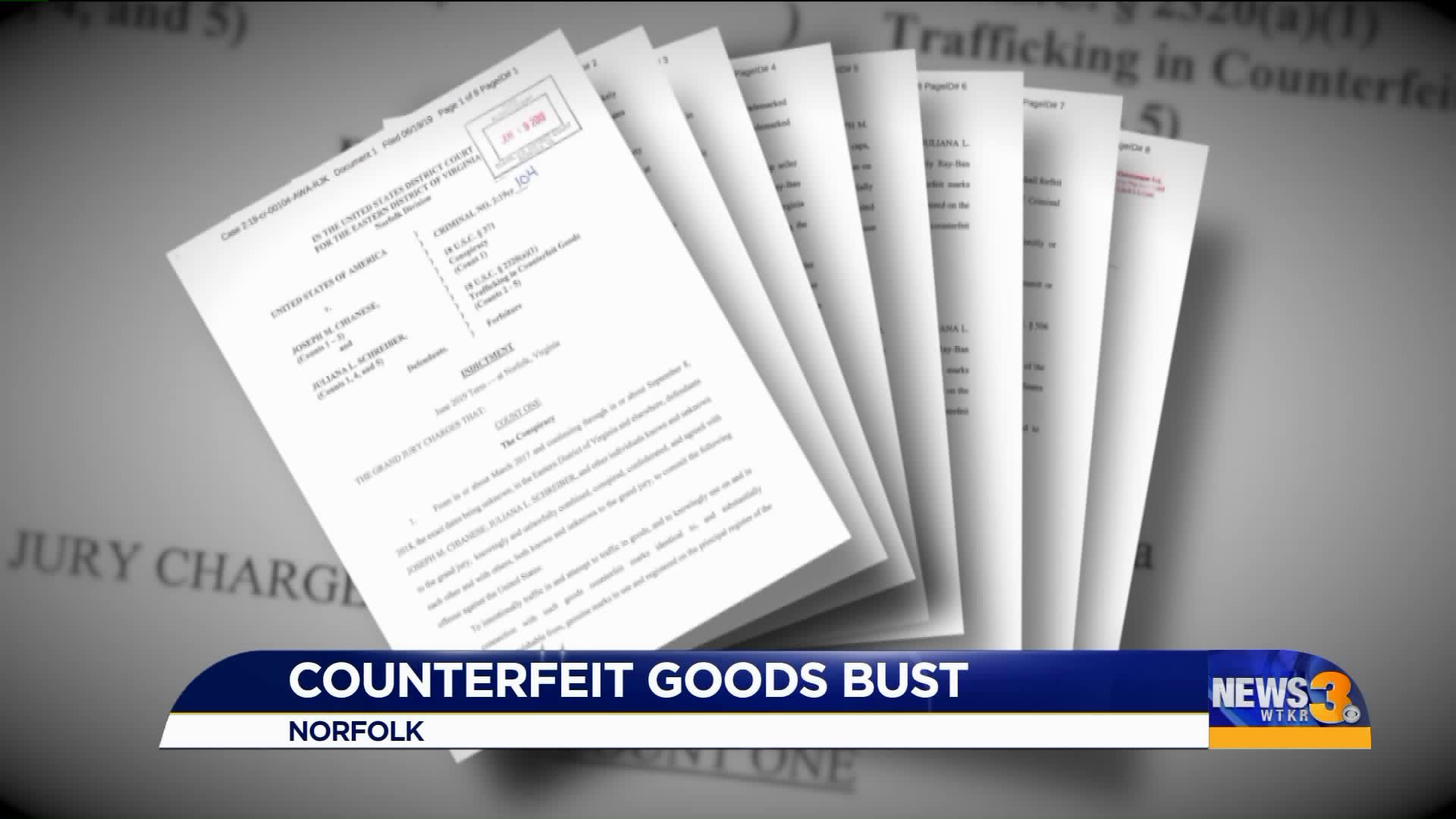 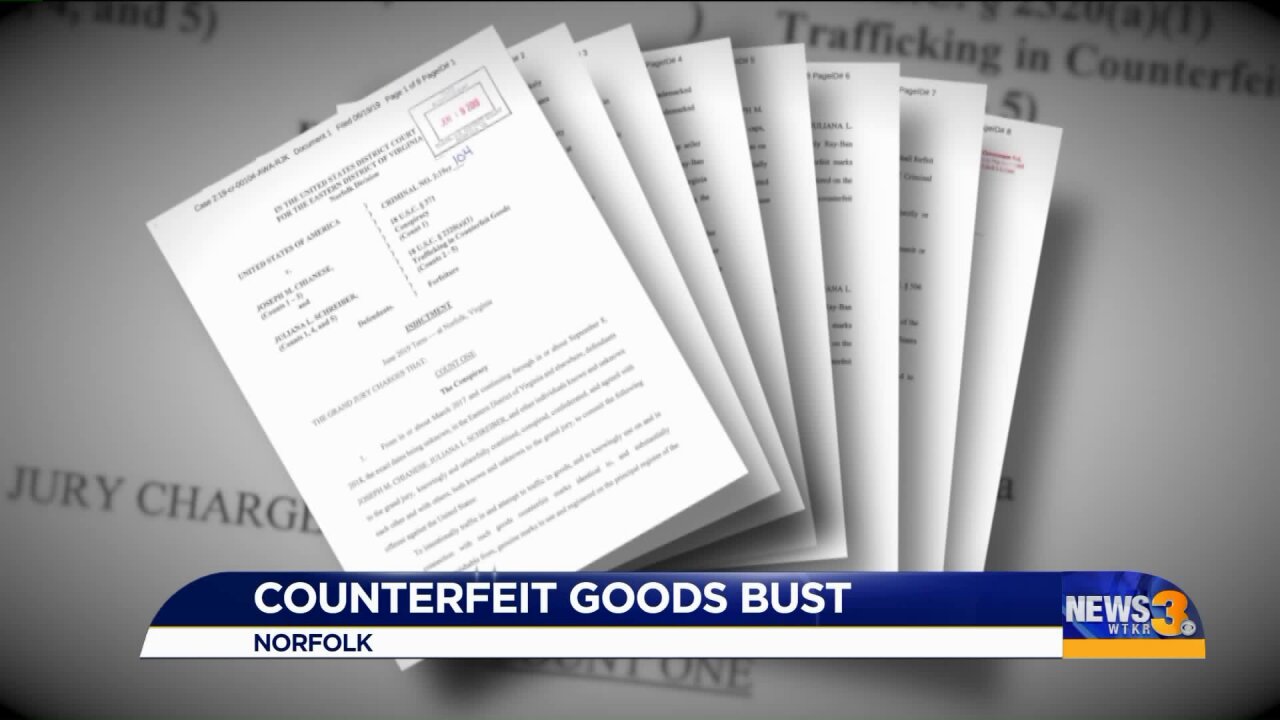 A grand jury has now indicted Joseph Chianese and Juliana Schreiber, both of Virginia Beach, on charges of conspiracy and trafficking in counterfeit goods.

The pair sold fake NFL hats, Ray-Ban sunglasses and Yeti mugs -- among several other items, according to the indictment. The items had logos appearing to match the official brands, but they were fakes, the feds say.

Investigators say Chianese bought the items online from contacts in Hong Kong and and then sold them.

News 3 was unable to reach the pair. It is not clear when they will be in court, but court records indicate arrest warrants have been issued for them.

Counterfeiting remains a big problem for investigators across the country. During the NBA Finals, investigators say they seized about 1,600 counterfeit items.

To protect yourself, investigators say people should shop at authorized retail locations as opposed to buying at flea markets, street vendors or online auctions. They also say if a deal looks too good to be true, it probably is.

"We urge you to shop through authorized retailers, even online, but if you're on a website and you see issues with English grammar or if you see that the pictures are really fuzzy or there is no contact information, those are all red flags," said Carissa Cutrell, a Public Affairs Officer for U.S. Immigration and Customs Enforcement, told News 3 last year.