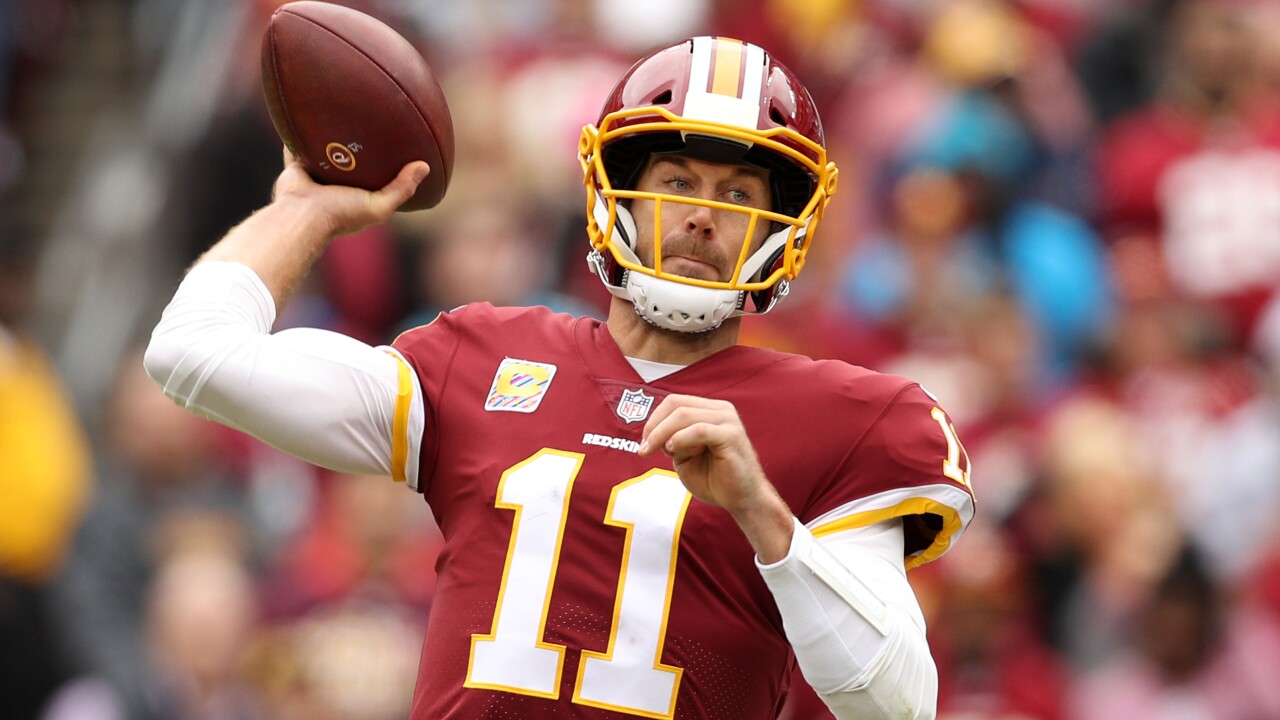 LOUDOUN COUNTY, Va. – After Alex Smith suffered a compound fracture of his right leg on November 18th against the Texans – meaning the bone broke through his skin – there were concerns that he may never play a single down of football again.

Smith is hopeful he’ll return to the NFL and sat down with  Angie Goff of FOX5 DC to talk about the healing process.

“Gotta conquer some more steps before I get there,” said the 14-year veteran QB, who’s able to throw, but hasn’t been able to work on “dropping, moving around, all that kind of stuff, changing direction.”

The 35-year-old’s been wearing an external fixator on his injured right leg, which he expects have removed within four to six weeks.

“I’ve got this crazy contraption that nobody’s ever seen before on my leg that comes from, like, Siberia,” Smith said. “Believe it or not this thing’s gonna save my leg, save my bone, allow me to heal and walk again, and hopefully play football again.

Someone posted this of him walking thru airport. pic.twitter.com/T2Sc4JqiiO

LANDOVER, MD – NOVEMBER 18: Alex Smith #11 of the Washington Redskins is helped off the field after being sacked and injured by Kareem Jackson #25 of the Houston Texans. (Photo by Joe Robbins/Getty Images)

“The last three months have definitely been life changing in the sense that I’ve been able to start driving, I can work out, I’m off of crutches,” Smith said. “The first four months were really, really hard.  Just to be in a wheelchair as long as I was. When you have independence, then lose it, that was the hardest part.”

Smith is signed through 2022, with guaranteed money throughout the next two seasons.

Related: ‘Skins scoop: Will Dwayne Haskins be QB1 week one?