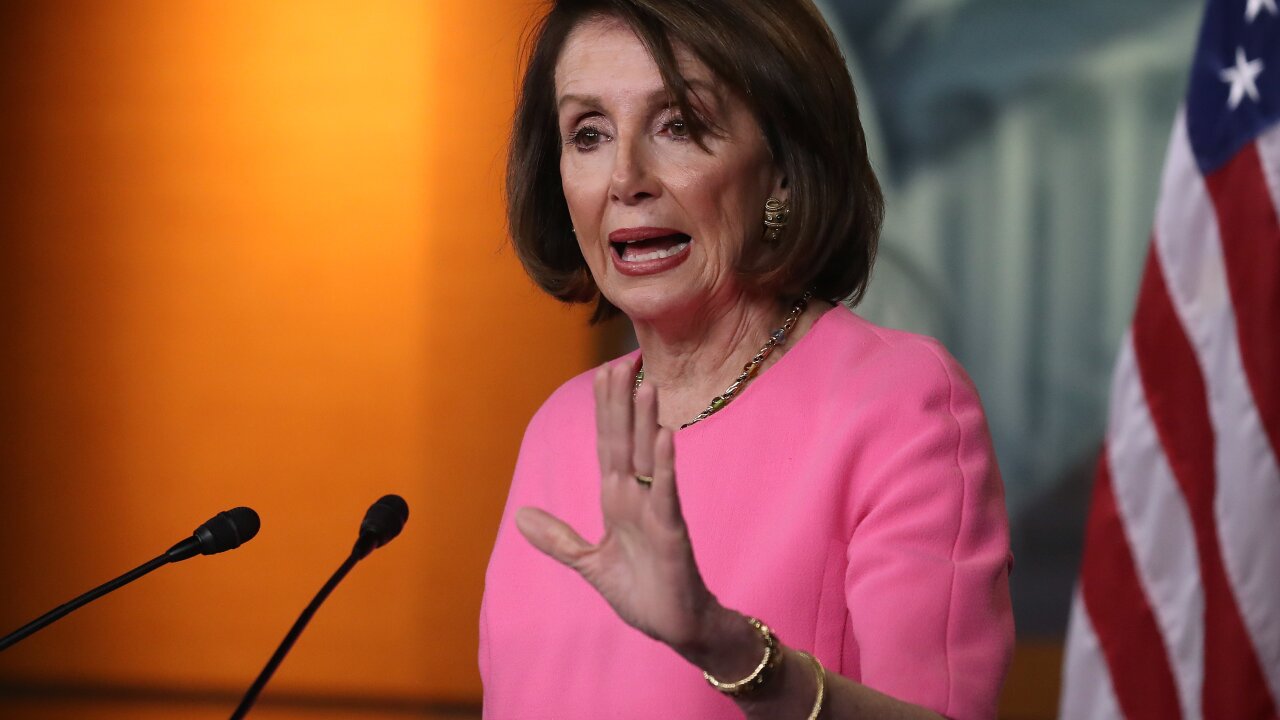 House Speaker Nancy Pelosi confirmed that Democrats will bring the border aid bill to the floor, and she expects it to pass.

The House of Representatives voted by 230-195 on Tuesday to approve $4.5 billion in aid for the growing crisis at the US southern border — a vote that followed Democratic infighting over the package and a White House veto threat.

House Speaker Nancy Pelosi confirmed that Democrats will bring the border aid bill to the floor, and she expects it to pass.

House Democratic leaders had worked to quell a progressive rebellion and secured passage after making several updates to the measure in response to concerns within the caucus, but the White House has already said it “strongly opposes” the legislation and it is not clear whether the House and Senate will be able to reach an agreement the President will sign off on.

“Right now, we are not rising to the moment. Children are dying at the hands of our own government,” Omar said in a statement explaining her opposition to the bill. “Thousands are being held indefinitely in cages. They’re being forced to sleep on the floor, and denied basic necessities like soap and toothpaste.”

Three House Republicans voted with Democrats: Brian Fitzpatrick of Pennsylvania, Will Hurd of Texas and Chris Smith of New Jersey.

The Senate has a bipartisan bill that would allocate $4.59 billion for the border crisis and advanced out of the Senate Appropriations Committee on a 30-1 vote last week. But the proposal has significant differences with the House bill, adding to the uncertainty over whether a deal can be reached.

The progressive pushback against the bill was an unexpected wrinkle in the race to get the legislation passed and signed into law before a key agency — the Office of Refugee Resettlement — runs out of money at the end of the month.

That’s not the only agency in desperate need of funding to stem the crisis at the border. The funding would also go to help other agencies and help manage the crisis.

The Senate still faces uncertainty on when it will pass its own border supplemental bill, which doesn’t include some of the policy riders the House bill has and includes money for? the Department of Defense, something that the House doesn’t do.

In a possible sign that the House and Senate may be able to find common ground, however, Pelosi referred to the Senate legislation as a “good bill,” in a House Democratic caucus meeting on Tuesday, according to a senior Democratic aide.

“The Senate has a good bill,” Pelosi said at the meeting, according to the aide, though she then said, “Our bill is much better. But if we are going to prevail we have to have a good, strong vote.”

But even if the House and Senate can come to an agreement, it’s still an open question whether the President will sign off.

Sen. Dick Shelby, the Republican chairman of the Senate Appropriations Committee, said on Tuesday that he does not have assurances from the White House that the President will definitely support the Senate bill and sign it into law if it’s the proposal that passes. “We don’t,” Shelby said.

House Appropriations Chairwoman Nita Lowey, a Democrat from New York, unveiled proposed changes on Tuesday morning to the border aid bill, including strengthening requirements for the care of migrants in government custody and setting a time limit of 90 days for unaccompanied children to stay in temporary shelters.

Late Tuesday afternoon, the proposed changes were updated to include additional provisions, including requiring the secretary of Health and Human Services to replace contractors who do not meet “enhanced standards required under the Flores settlement” — which limits the length of time and conditions under which US officials can detain immigrant children.

The White House veto threat, however, made clear that the administration “strongly opposes” the bill and argued that it “contains a number of problematic policy provisions that would hinder the administration’s efforts to enforce our immigration laws and protect children.”