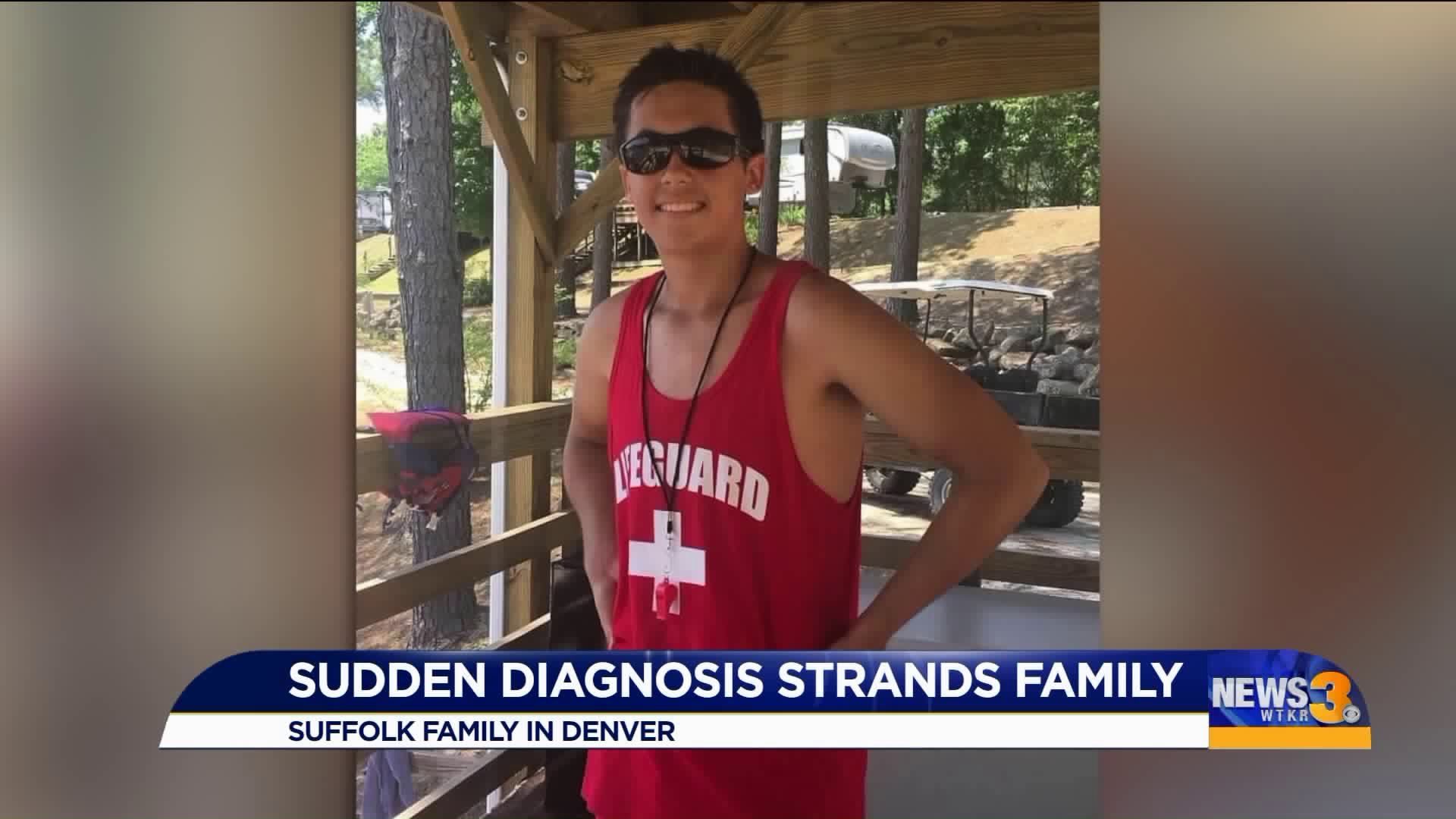 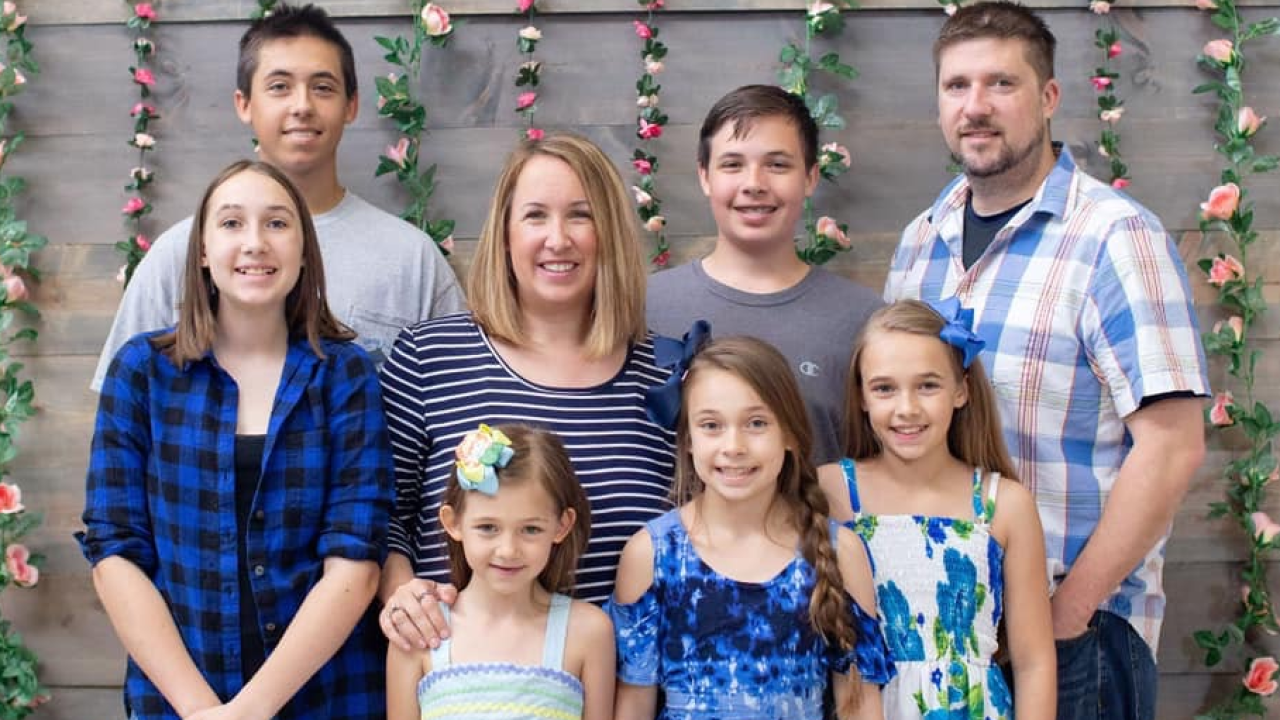 SUFFOLK, Va. — The entire Thomas family has had to call a new city home after their son became extremely ill on the family's trek back to the East Coast. Now, they do not know when they will be back in Suffolk.

News 3 spoke to Melissa Thomas yesterday via video messenger as she stood outside a Denver Children's Hospital. She is waiting for her son, 16-year-old Marshall, to complete the first phase of leukemia treatment.

Thomas laid out the timeline for us, reliving the last few unbelievable weeks when she thought her son had caught a cold while lifeguarding. After being diagnosed with mononucleosis, Marshall was given medicine and feeling better in time for the family's planned cruise in Alaska. Mom said Marshall spent the last few days of the trip in bed, not feeling well, but they all thought it was the mono.

As the family flew into Denver Marshall was very sick, EMTs had to rush onto the plane as they landed to take vitals and eventually transport him to the Emergency Room. Mom took the rest of the kids to a family friend's house, who luckily lives in the city of Denver.

Doctors told Mr. and Mrs. Thomas their son had a blood infection, liver infection, and his blood work was consistent of a patient with Acute Lymphoblastic Leukemia, or ALL. They said he was not stable enough to fly. That was nearly two weeks ago.

Marshall must now undergo 29 days of treatment, hopefully, to regain enough strength to fly to a Children's hospital closer to the family's Suffolk home. In the meantime, the family's Airbnb has been paid for, thanks to generous donations from people all over the country and Denver businesses. "In a lifetime you come across and cross paths with so many people, and some of them only once, but the willingness and goodness in peoples hearts to support us- it means a lot," Thomas said through tears.

Melissa Thomas told us she hates to even think about money at a time like this, but with her husband out of work to be there with the family, and five more little mouths to feed, she is feeling the strain.

Local groups, friends and churches, the football team; all setting up fundraisers to get the family taken care of out there, and home as soon as possible. The football team is selling T-shirts. Mason's Grill and Smokehouse is hosting a benefit for them as well on July 9th.