VIRGINIA BEACH, Va. - Virginia Beach city staff attended a memorial Thursday to honor the 12 people who were killed and the four who were injured during the May 31 mass shooting.

"Something happened that day that defied explanation and is difficult or impossible to understand. What happened here is one of our those terrible things," said Virginia Beach City Manager Dave Hansen, speaking to hundreds of city workers at the Virginia Beach Amphitheater. 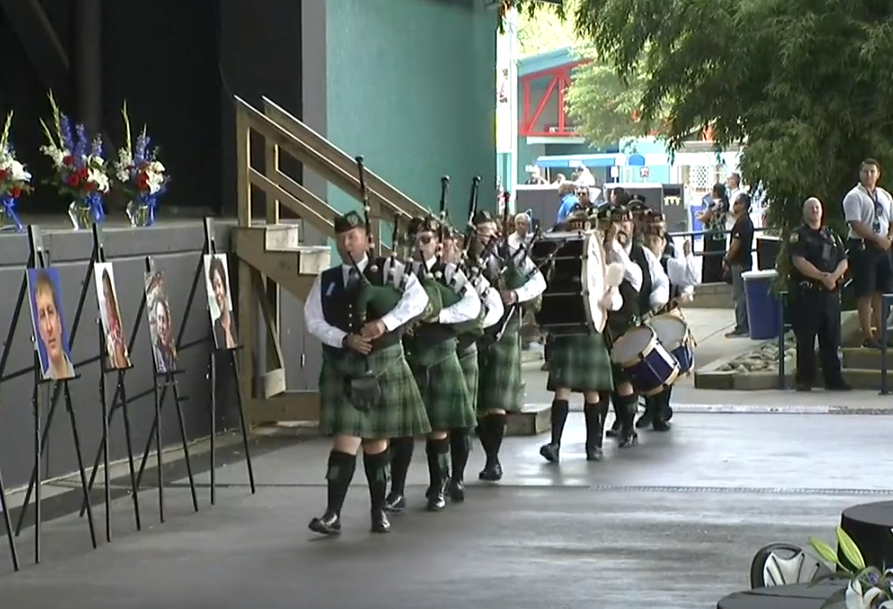 Tidewater Pipes and Drums opened the two-hour ceremony that included statements not only from Hansen, but also family members and friends of those who lost their lives. Melanie Coffey, who was shot during the mass shooting and has since been released from the hospital, was also in attendance.

For more than an hour, pictures of the fallen city workers were displayed on a jumbo screen as words of tribute were read.

Ryan Keith Cox's father, a Baptist minister said," My son died the way he lived. It was not unusual for him to be kind and caring and help others."

A friend of Alex Gusev's also spoke. Alex was also known as "Sasha."

"Sasha truly loved America. Of all the places he could have lived, he chose Virginia Beach. He said it was the safest place in the world."

Missy Langer's brother was incredibly choked up as he spoke to the crowd.

"I am not here because I want to be. It's because I have to be, and we are all family now."

While the service focused on the victims and their families, friends and colleagues, the city did allow members of the public attend the service.

City offices were closed from 9 a.m. to 1 p.m. to allow employees to attend the remembrance ceremony.