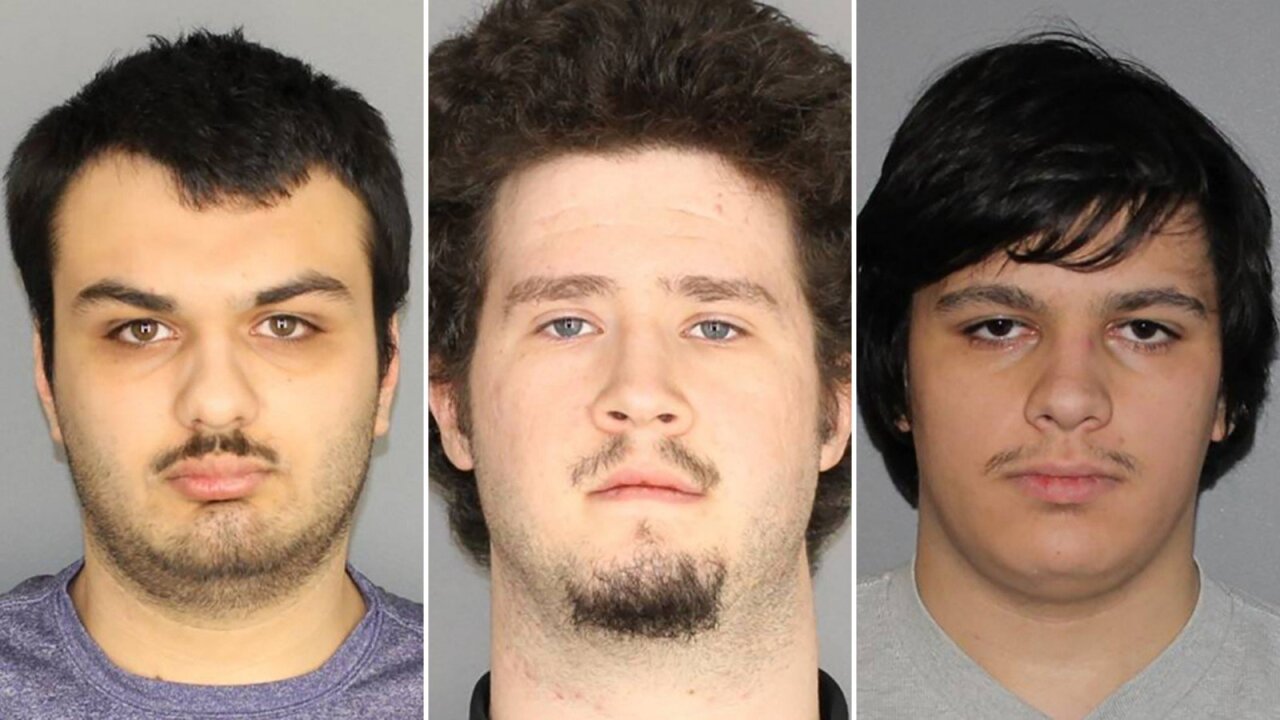 Vincent Vetromile, 20, pleaded guilty to one count of attempted criminal possession of a weapon in the first degree as a crime of terrorism, according to Monroe County District Attorney spokeswoman Calli Marianetti.

Andrew Crysel, 19, and Brian Colaneri, 20, both pleaded guilty to one count of conspiracy in the second degree as a crime of terrorism. The three men will not face additional federal charges as a part of the plea deal, Marianetti told CNN.

CNN has reached out to their defense attorneys for comment but have not heard back.

Charges against a fourth suspect, a minor male who was 16 when he was arrested, are still pending, Marianetti told CNN.

Vetromile, Crysel, Colaneri and the unidentified minor were arrested in January in Greece, New York, a day after a student reported a comment made during lunch at a local high school. All were accused of making homemade bombs and plotting to attack the Muslim community of Islamberg in Delaware County, New York.

Islamberg is a community of several hundred Muslim Americans located about a three-hour drive northwest of New York City.

All four individuals are from the Rochester, New York, area and were originally each charged with three felony counts of criminal possession of a weapon and one felony count of conspiracy, according to Greece Police Sgt. Jared Rene.

Greece Police Chief Police Patrick Phelan hailed the swift investigation as an example of how teaching kids to “see something, say something” can work.

Phelan said the investigation began when after a student overheard the minor male suspect showing a photo of another student and making a comment to the effect of, “he looks like the next school shooter, doesn’t he?”

That student reported the comment and school security immediately interviewed the students involved in the conversation. School security also notified Greece Police, who took over the investigation that eventually involved the New York State Police, federal law enforcement, and officers from nearby towns.

After conducting further interviews and executing several search warrants, police found 23 firearms and three “improvised explosive devices” associated with the four males, as well as details of the alleged plot to attack Islamberg.

It appeared the plot had been in the works for about a month, Phelan said. Three of the four males knew each other through their participation in Boy Scouts, Phelan said.

Stephen Hoitt, CEO of the Boy Scouts of America’s Seneca Waterways Council, said in a statement in January that “we were shocked and disturbed to learn about the allegations against these individuals.”

“Upon learning of these reports we took immediate action to prohibit these individuals from any future participation in the Boy Scouts of America,” Hoitt said.