HAMPTON, Va.— Hampton came together Saturday to pray for 2-year-old Noah Tomlin, who has been missing since Monday.

There was a large turnout from the Buckroe community: more than 100 showed up for a candlelight vigil.

Police say they have reason to believe the toddler is dead.

Most people never met Noah, but they felt like they needed to show support and demand justice. "Where is Noah?" has become the rallying call for a community looking for answers.

“To know that there was this little person who was just out here, he could’ve been hot or lost or lonely or hurt or by himself, was more than anybody could bear,” said vigil organizer Jamie Abbott.

One woman who spoke Saturday night says she was a caretaker for Noah throughout his short life and is grieving his loss.

“He sat on the couch with me and held my hand and he just grabbed my hand as if to say, ‘I just know I’m safe,’” she recalled.

Many people wore green or brought green balloons. It was the same color that the toddler was reportedly last wearing.

Others wore t-shirts with the phrases “Where is Noah” and “Justice for Noah.”

The vigil was planned days ago by community members who didn’t know the toddler, and were still hoping for his safe return.

Saturday, police said the search for Noah is intensifying and they have refocused their efforts on a specific area that search parties will target around the clock. 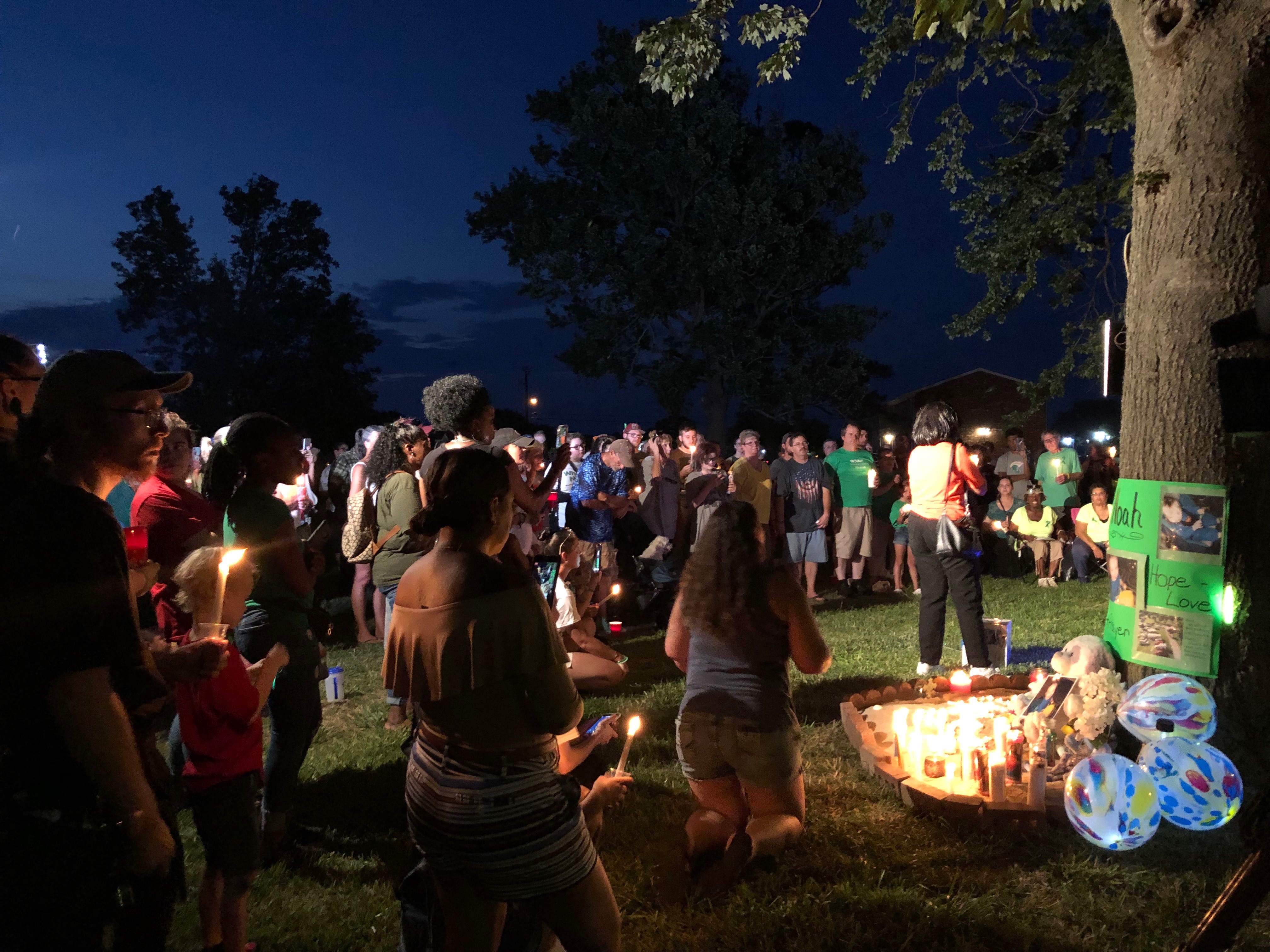