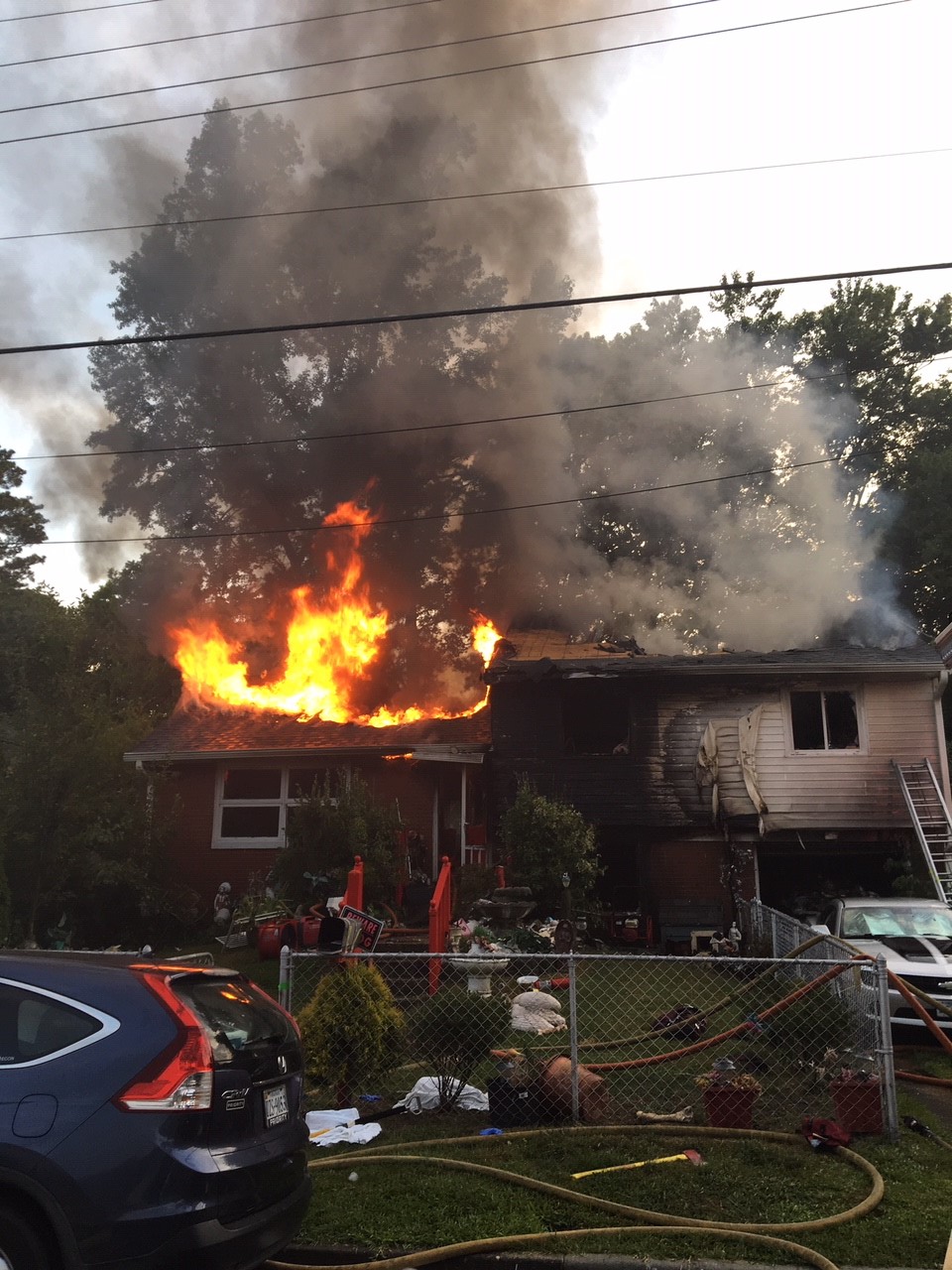 HAMPTON, Va. –  One male occupant and six dogs were found dead in a home after a fire in the 20 block of Yorkshire Terrace Saturday afternoon.

The Hampton Division of Fire and Rescue responded to the fire at 6:16 p.m. When crews arrived, they found heavy smoke and flames coming from the front of the home.

The male’s exact cause of death is unknown, and the Medical Examiner’s Office is investigating. Notification of next of kin is pending.

The home sustained heavy fire and smoke damage throughout, and fire crews say the home is a total loss. The fire’s cause is under investigation, but according to the Hampton Division of Fire and Rescue, the fire does not appear suspicious.

Hampton units were assisted by the Newport News Fire Department and the York County Department of Life Safety. Battalion Chief Anthony Chittum said firefighting efforts were made more difficult by the extreme heat and humidity.