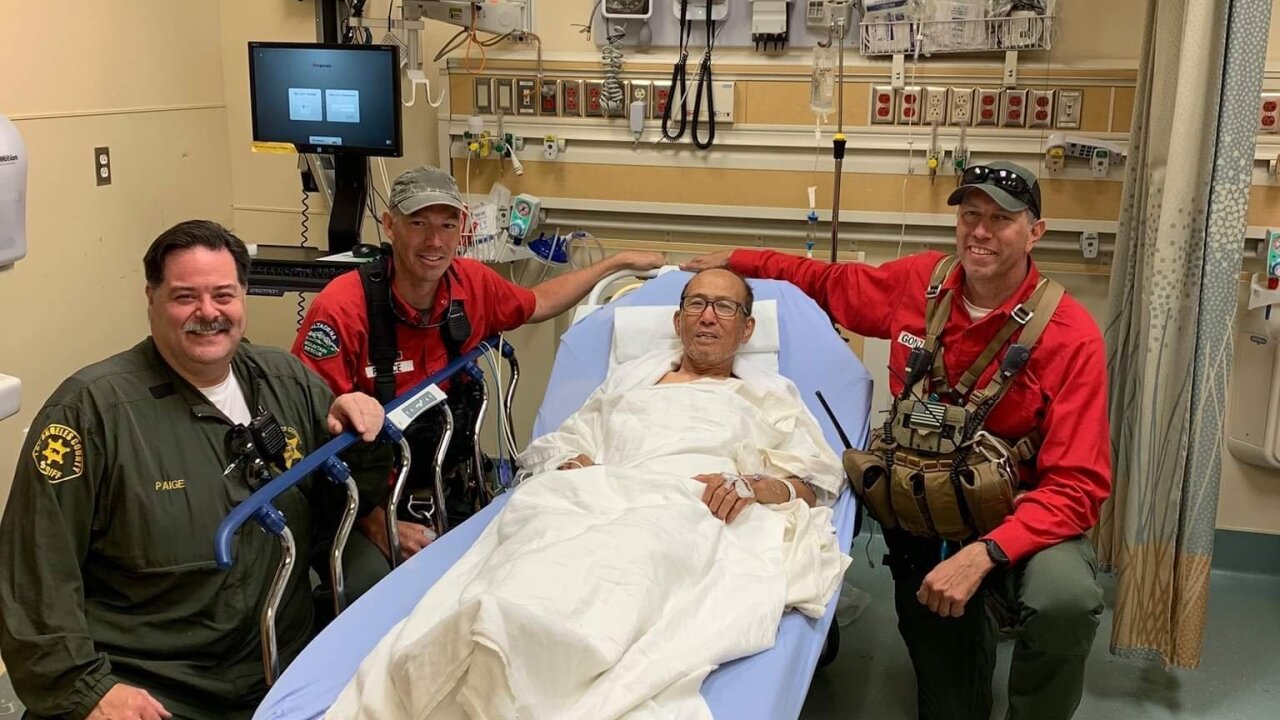 Credit to The Montrose Search and Rescue Team

LOS ANGELES, CA (KTLA) — A hiker who survived several days in the Angeles National Forest, drinking from a creek with no food, grinned from his hospital bed flanked by some of his rescuers for a photo released by officials Sunday.

Photo courtesy of The Montrose Search and Rescue Team

Eugene Jo, 73, was discharged from the Huntington Memorial Saturday night following a weeklong, multi-county effort to find him in the wilderness. That’s according to the Montrose Search and Rescue Team, who tweeted an image of Jo posing with three rescue team members. The group also posted a photo of his hiking boots, their soles visibly frayed and torn.

Some 75 people split up into 11 teams combed through the San Gabriel Mountains north of Los Angeles after Jo was separated from his hiking group on a trail near Mount Waterman on June 22, county officials said.

Seven days later, at around 11 a.m. Saturday, the Sheriff’s Department’s Altadena Search and Rescue team finally found him down a ravine in the Devil’s Canyon area, a few miles away from where he went missing.

“Jo had heard the rescuers talking to some campers, and with great effort, rolled over on his hands and knees and yelled for help,” said Janet Henderson, a rescue team member and nurse at the Huntington Hospital.

The 73-year-old did not have any apparent traumatic injuries and was airlifted to the hospital, the Sheriff’s Department said.

Officials learned that Jo had not eaten in at least five days and drank water from the Devil’s Canyon creek. To keep warm, he slept on hot rocks and used his jacket.

“There were lots of tears and joy,” Henderson told KTLA. “He’s so happy and thankful to be back, and he said no more hiking.”